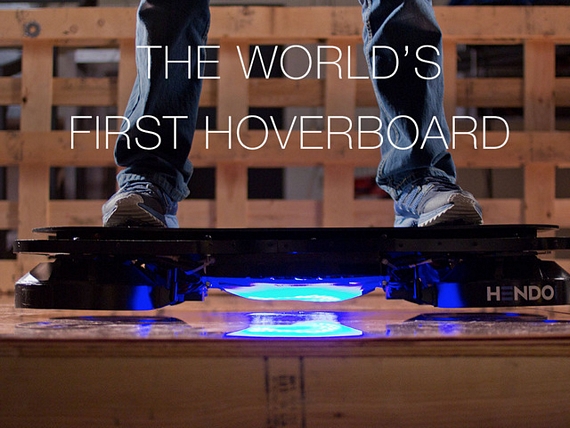 It’s not quite the hoverboard we wanted, but given the absolutely barren list of choices, the Hendo Hoverboard is the one we want anyway.  Yes, someone finally made a real hoverboard that can lift a short distance off the ground while supporting the weight of an adult on top.

Unlike the one Marty McFly rode in the Back to the Future movies, you can’t exactly take this one out for a spin around the neighborhood.  That’s because it can only hover on top of surfaces made from copper, so until the roads of your neighborhood are paved with the expensive metal, you’ll be confined to specialty studios rigged up specifically to ride it. 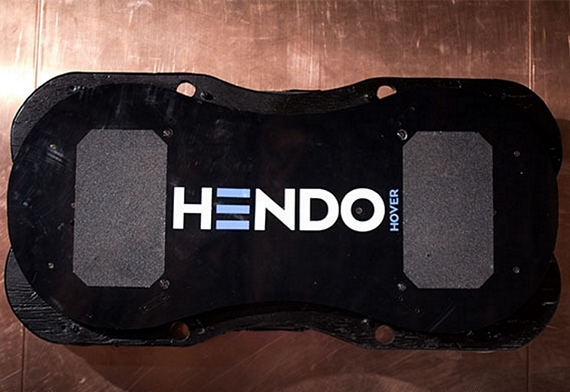 The Hendo Hoverboard doesn’t rely on air cushions to keep it suspended in mid-air the way existing hovercrafts do.  Instead, it relies on the same magnetic levitation (maglev) technology that high-speed levitating trains have been using to reduce friction during travel.  Four maglev engines sit directly under the deck, along with the battery pack, giving it that needed lift to float an inch above any ferromagnetic-conducting surface. On the reverse, it comes with a pair footpads to help the rider keep his feet from slipping while he maneuvers the board over a minimal amount of friction. 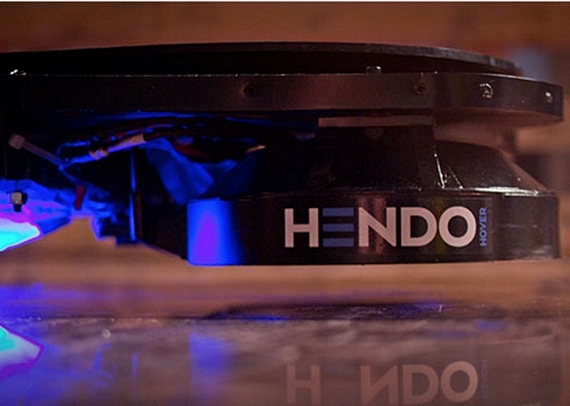 As of now, the board still appears to be in the early prototype stage.  It’s a semi-working prototype, though, which is amazing.  As in, it can hover about half an inch and ride frictionless, although it’s a bit impossible to maneuver at the moment (you’ll basically glide to wherever momentum takes you until you crash or puke or both).  So far, it’s an impressive proof of concept, although it might take a while before we actually get a consumer version.

Arx Pax, the company developing the Hendo Hoverboard, is currently running a Kickstarter campaign to help fund it.  Pledges to reserve one of the first 10 hoverboards they produce is set at $10,000.