Hercules eCAFE Could Be The Cutest Netbook Ever 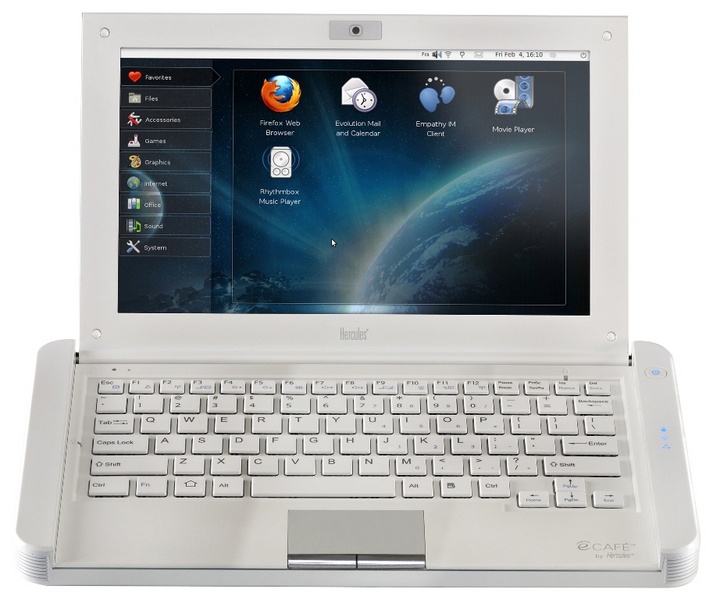 Netbooks are a dying bunch.  Despite that, I’m almost certain there will always be a niche market for super-portable, under-powered computers and the Hercules eCAFÉ will undoubtedly snare some well-deserved attention.

Possibly the cutest netbook I’ve ever seen, the design is much closer to MIDs (or, actually, a Nintendo 3DS) than a conventional netbook.  The frame actually seems to suggest handheld use, although we can’t imagine how you’ll pull that off while having to use a keyboard and a trackpad. 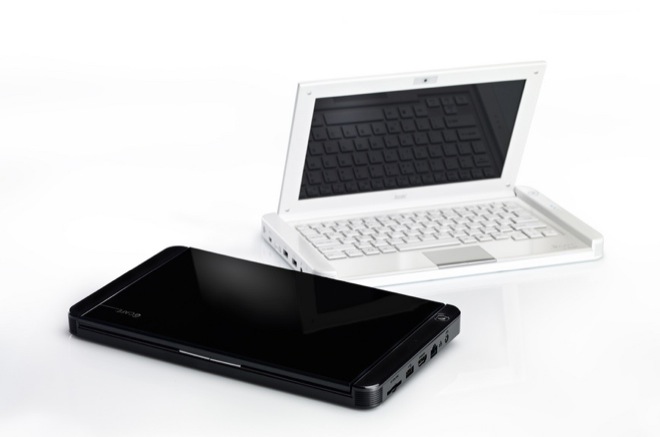 The Hercules eCAFÉ comes in two models: Slim HD and EX HD.  They share the same design (the screen lifts up and leaves two bars on the side of the keyboard, which makes it look like a handheld console) and similar specs, with the main difference coming in the way of thickness.  The Slim HD is 0.8 inches thick, while the EX HD rises 1.2 inches but gets a slightly beefier battery module that’s rated for up to 13 hours of use.

According to Hercules, the eCAFÉ can run 720p videos and pipe it over HDMI with no problems, allowing you to use it as a serviceable home theater PC.  Both the eCAFÉ Slim HD and the eCAFÉ EX HD are available now, priced at €200 ($283) and €250 ($354), respectively.