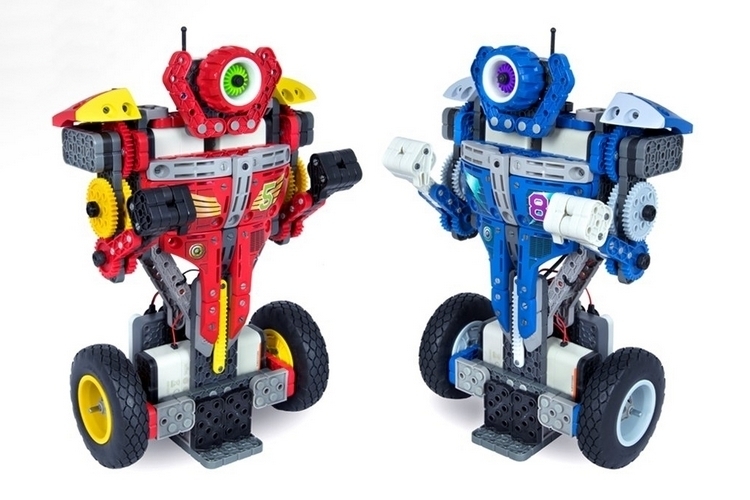 It will, no doubt, invite comparisons to classic Rock ‘Em Sock ‘Em robots. And while it resembles the classic toy in some aspects, the Hexbug VEX Robotics Boxing Bots bring elements that offer more satisfying gameplay than the traditional action toy.

Unlike the classic dueling boxers, the robots aren’t confined to a small ring, allowing them to duke it out in any size of arena, whether it be the desk at the office, the dining table in the kitchen, or the entire living room floor. Equipped with wheels, the robots are able to move around the play area, too, so you can use Mayweather-style evasive maneuvers instead of simply slugging it out in a crazy brawl. 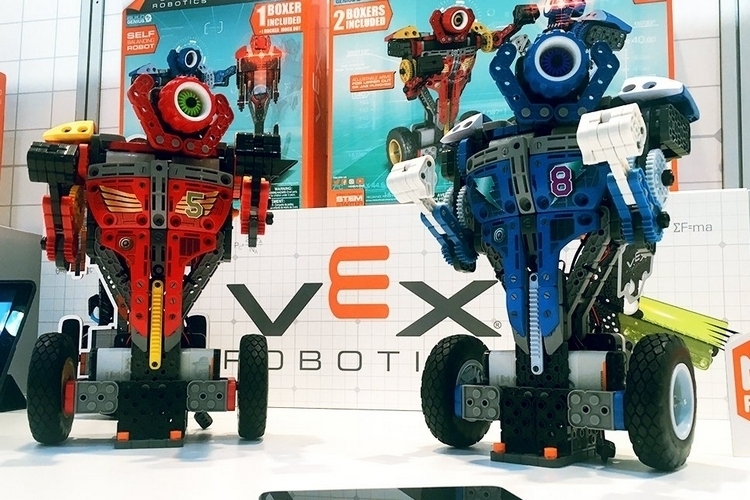 The Hexbug VEX Robotics Boxing Bots consist of one-eyed robots that you assemble yourself using snap-on parts to add some STEM learning into the mix.  Each robot moves around using a pair of wheels on the sides similar to those wheeled hoverboards from last year, with self-stabilizing capabilities that allow them to stay upright no matter how hard they get hit throughout the course of a fight. While put together with snap-on parts, the connectors are secure enough that they should keep their form throughout the whole battle, so parts won’t suddenly come off when your robots start getting physical with one another.

You control the direction of a robot’s movement using a virtual joystick on the companion app, all while throwing either a right or a left by simply twisting your smartphone into the desired direction. As such, it should be easy to be more strategic than your standard Rock ‘Em Sock ‘Em game, as you can easily evade punches, feign attacks, and use obstacles to your advantage. And, yes, sneaking up on an opponent and striking at them from the back is a totally valid move, so you can play way dirtier than your standard boxing match.

During a fight, you can monitor the health of your Hexbug VEX Robotics Boxing Bot from the same companion app, which slowly diminishes as it continues to get hit. When the health meter reaches zero, the robot’s head automatically flies off and it falls on its back, serving as an emphatic symbol signaling the end of the match. From there, just snap the fallen parts back on the robot and start anew.

From what we can tell, there isn’t much variance in the attacks. That means, you can throw either a left or right punch, with no variations in punching technique. Then again, do you really want to worry about whether to throw an uppercut or a hook when you’re pitting battle robots against one another? Either way, robots punching each other until one’s head falls off sounds like the kind of thing kids will love to play with over and over, so we see some real potential in this thing when it does come out, especially with the added dimension of being able to perform evasive techniques.

Slated to come out in the Fall, the Hexbug VEX Robotics Boxing Bots are priced at $90 each.