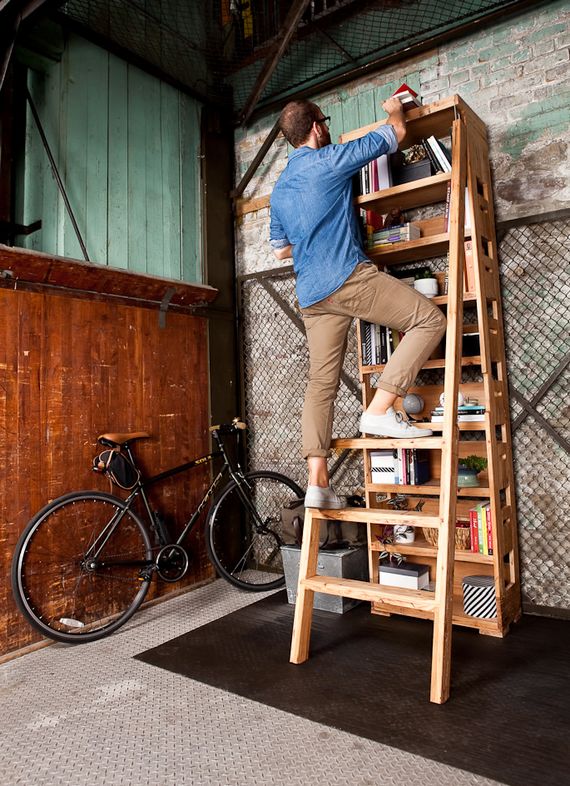 Living with tall bookshelves usually means you’ll need to have a ladder constantly nearby.  That way, you can just pull it up as soon as you realize your wife (who happens to be the world’s tallest bikini model) put that graphic novel you’re halfway through reading on the top shelf again.  Unless, of course, you’re using this Higher Ground Bookshelf.

Designed by Karen King, the shelf makes needing an extra ladder unnecessary by integrating its own pop-out climbing system.  That way, all you have to do is pull out the built-in ladder that folds into either side and start scaling those steps, instead of spending the next five minutes trying to find where she put that compact corner ladder again. 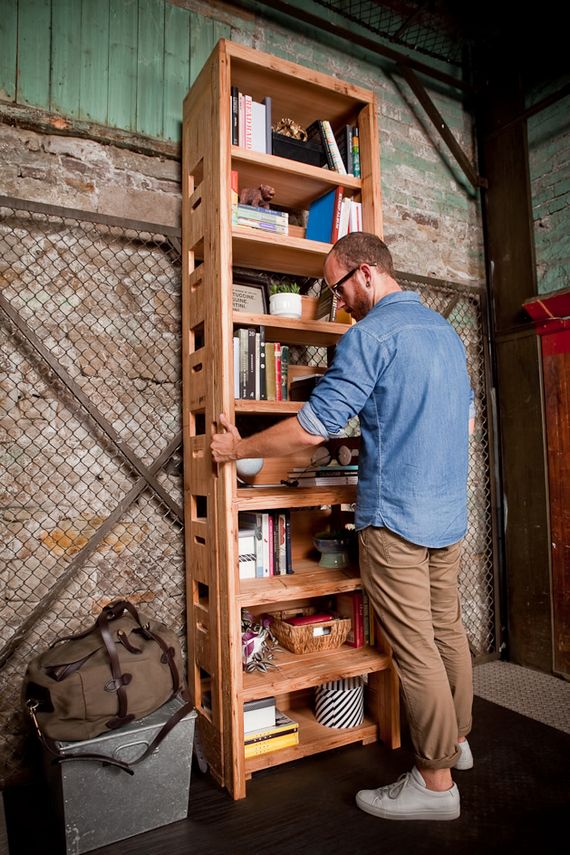 The Higher Ground Bookshelf is a tall shelf with the top rack (or two) likely out of reach without help for most mere mortals like you and me.  Unless you’re Dikembe Mutombo, of course.  If that’s the case, then just move along — nothing to see here.  Construction is wood in either hickory, ash or oak finishes.

The best part, of course, is that the ladder hides in plain sight.  As in, it’s literally the front part of the shelf, with the ladder steps lining up with each of the racks when it’s tucked into the frame.  It’s really clever and would have been awesome if I actually bought standing bookshelves.  Or owned physical books.  Or didn’t live in my car because my girlfriend threw me out of the house.  Sob.

From what we can tell, Karen only intends to make three examples of the Higher Ground Bookshelf for now, which you can preorder at Ideacious.  Price is a steep $2,350.