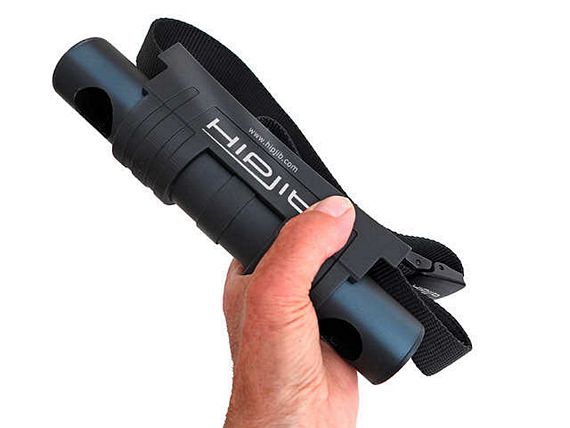 While jib arms aren’t ridiculously expensive, wouldn’t you rather just use your tripod as one if you can?  For one, it saves you from investing in another camera equipment; more importantly, it takes out another piece of gear that you’d have to lug around while traveling to a shoot.  Well, that should be possible soon with the Hipjib.

A small camera support, it, basically, turns the tripod you already have in your studio into a fully-functional jib arm that you can use to find shooting positions that wouldn’t be too easy to do otherwise.  With one, you can, essentially, move your camera vertically from the ground up to approximately 6.5 feet (or more, depending on the videohead used) and in multiple directions smoothly just like a real jib arm, all without investing in more bulky equipment. 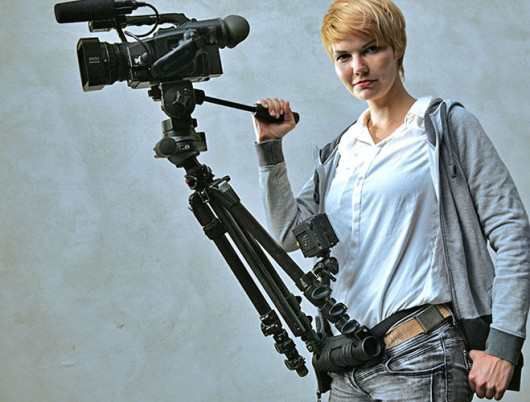 Created by award-winning photographer and cameraman Gert Wagner, the Hipjib consists of a small polymer tube that’s worn at the front of the waist using an included belt.  The tube itself measures just 10 inches long and 2 inches in diameter, making it small enough to cram into an empty slot on your Bolton Street Camera Backpack.  To use, simply insert two legs of your tripod (or the one leg of your monopod) onto it and you’re done, with a fully-functional jib arm now attached to your hip.  It can work with any ordinary tripod or monopod, provided the leg’s rubber base measures 1.46 inches in diameter or smaller, along with cameras weighing up to 5.5 pounds. 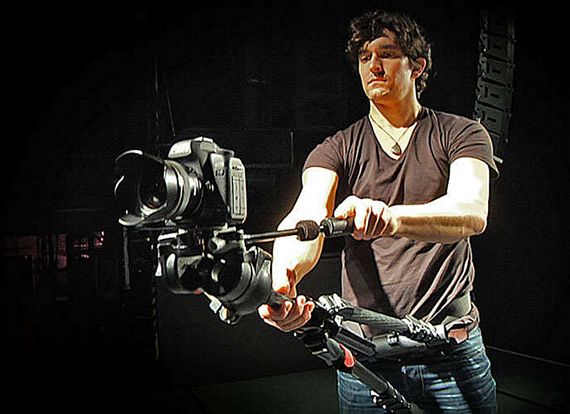 When worn, you’re supposed to hold the tripod with one hand (so it doesn’t fall to the ground), while using the other to direct the movement for the tripod head and, consequently, the camera.  Built-in turning axles on the device allow the attached tripod to pivot smoothly, ensuring you can move it in any direction (vertical, horizontal, hovering, tilting) without resistance.

The Hipjib is currently raising funds for a production run on Kickstarter.  Pledges to reserve one starts at $110.