A Near-Indestructible Airframe Makes The Hiro An Ideal Battle Drone 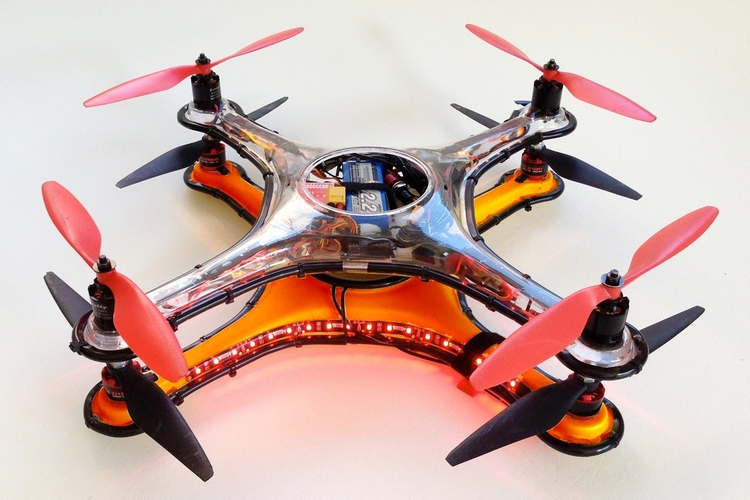 Some people fly drones for aerial photography. Others do it for the joy of flying RC aircrafts.   Apparently, there are those who fly them to do battle against other aerial drones. The Hiro “Bind and Fly” is built specifically for that last group.

Originally designed for search-and-rescue and aerial recon, the drone is purpose-built to withstand a wide variety of violent threats, allowing it to emerge unscathed from many things that would leave other drones crashing to the ground. Knocks and bumps? Not a problem. Get hosed down with water? It can survive that, too. How about flying through fire? Yes, it will simply keep on flying. Heck, it’s been shown to survive taking a round from a shotgun. An effing shotgun. 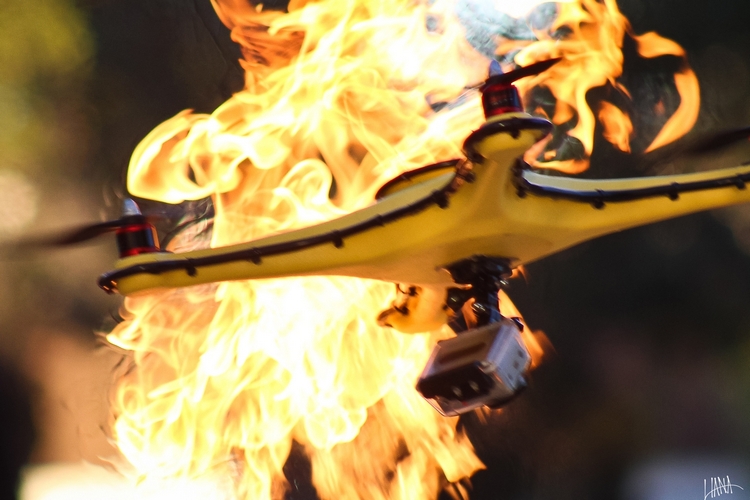 The Hiro boasts a super-strong airframe that allows it to survive the above threats. All electronics, save for the motors and propellers, are hidden inside that frame, minimizing the amount of damage it will take. Granted, a nasty hit to the propellers will still break it just like it would on your Parrot Bebop, but your opponents will have to do some serious maneuvering in order to target the drone’s limited points of vulnerability. Since it’s designed for head-to-head aerial combat with other drones, it comes with a NAZA Light flight controller that’s pre-tuned for nimbleness rather than stability, ensuring maximum maneuverability during battle. Of course, it can also be outfitted with your favorite action cam, in case you’d like to capture the resulting aerial carnage of drones crashing against each other from a first-person POV. 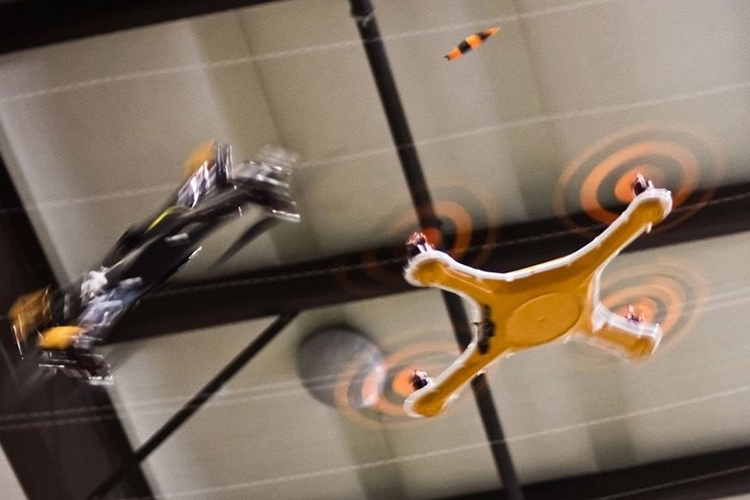 Now available for preorder with a March ship date, the Hiro “Bind and Fly” is priced at $649.99.