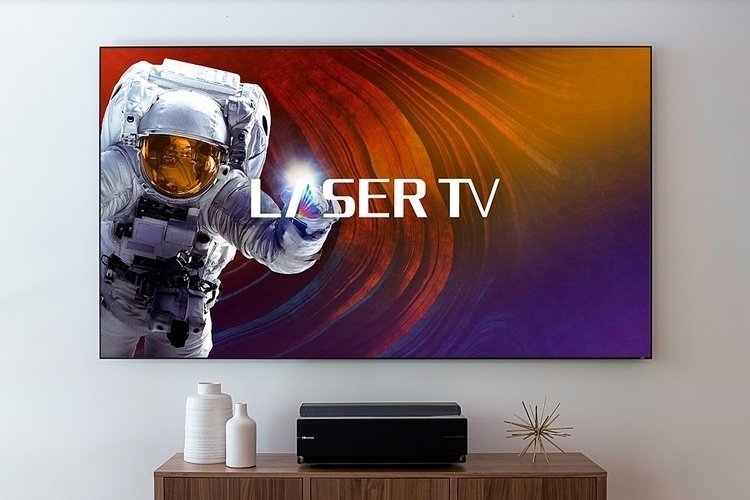 No, it’s not actually a TV. Instead, the Hisense 4K Ultra HD Smart Laser TV combines a short-throw projector with a bundled screen to give you a 100-inch display you can set up in the living room, man cave, or private home theater.

We know, it sounds like an outdated setup straight out of over a decade ago. I mean, a projector and a screen for your home theater? According to Hisense, it’s actually a rethinking of current TV setups, which gives you a projection system you can enjoy like a large screen TV without the usual hassles of having a giant TV inside the house. 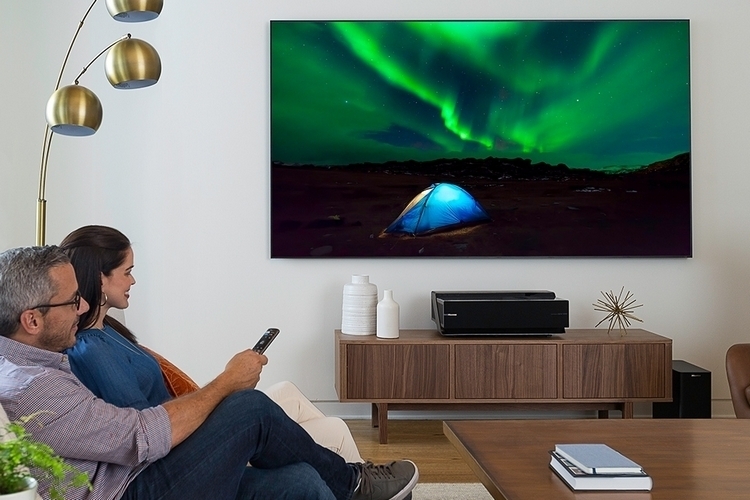 Unlike traditional projectors, the Hisense 4K Ultra HD Smart Laser TV doesn’t require dimming the lights to watch. That’s right, you can have the windows open, the lights on, and whatever other ambient lighting conditions you’re used to while watching your favorite shows just as you would with a regular TV. And since this is an ultra-short-throw projector, the main equipment can be placed just a few inches from the wall with the screen a few inches above it, so you can set it down in the media cabinet, along with the rest of your AV setup.

Billed as a “breakthrough new way for TVs to present images,” the system uses a Texas Instruments DLP chip and four million micro-mirrors to deliver ultra-HD resolution with “sharp images, natural colors, and phenomenal brightness.” It also boasts image rendering time that’s faster than LED TVs, enabling super-smooth rendering of sports and high-speed action scenes. Of course, it also has an upscaling engine that allows it to take regular HD content and display it as a more detailed 4K picture, so everything should look good on the darn thing (unless you’re purposely making it work extra hard by playing YouTube videos at 360p). 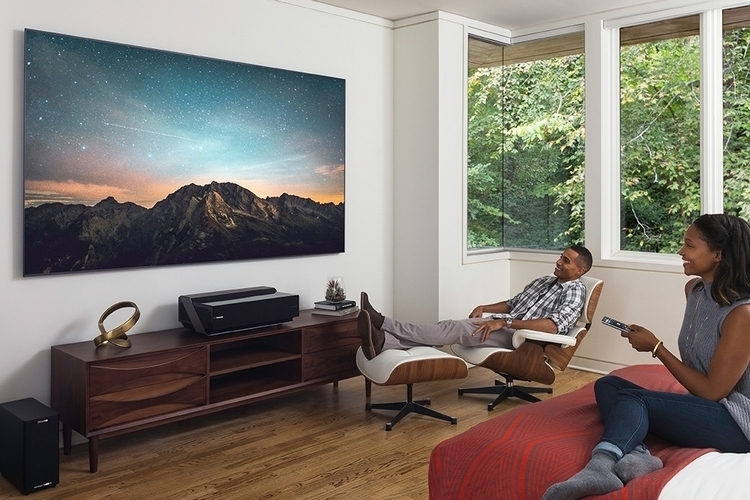 Since it’s designed to serve as a television, the Hisense 4K Ultra HD Smart Laser TV comes with an OTA TV tuner for picking up TV broadcasts, as well as a coaxial cable connection for hooking up an antenna. There’s also a 110-watt 2.1-channel audio system for delivering satisfying audio. Built by Harman Kardon, the integrated audio setup has two mid-range drivers and two tweeters, each one powered by a separate 15-watt amplifier, along with a 60-watt eight-inch subwoofer providing the low end of sound. When used with an AV receiver, by the way, the built-in speakers will serve as a center channel. 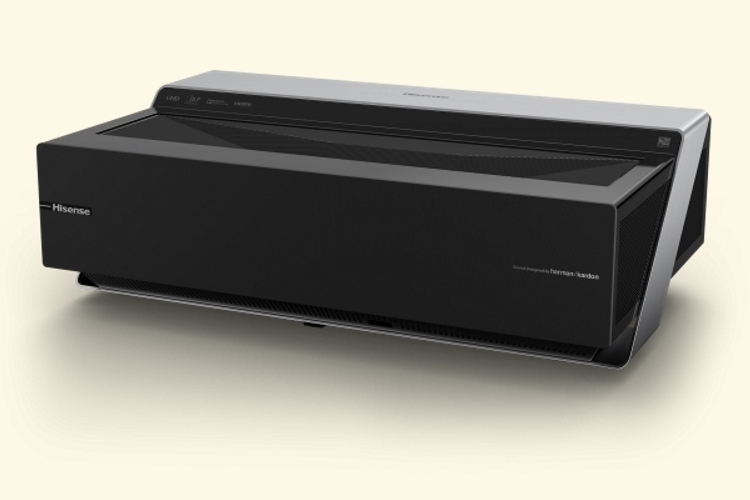 The projector’s light source, by the way, puts out 3,000 ANSI lumens and has a lifespan rating of 20,000 hours. That means, you can binge watch on your favorite shows for years and this thing will keep on ticking.  Other features include two HDMI inputs, Wi-Fi, and a selection of preloaded apps, including Netflix, Amazon Video, YouTube, and Tiki Live. The included screen, by the way, has a matte finish, so any glare from light sources will have zero effect on the picture.