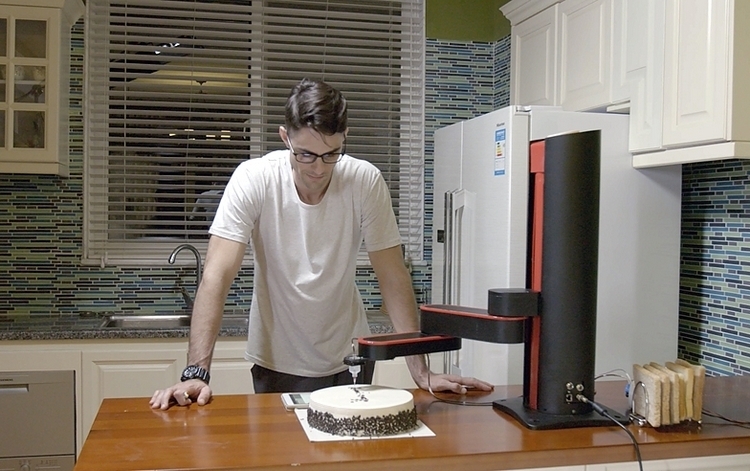 You want a 3D printer, a laser engraver, and a CNC cutter, among a whole load of other cool toys. If you’re a coder with some skills on the keyboard, why not just buy one device that can take the place of all those fabrication machines and more? That’s exactly the selling point behind the Hitbot Z-Arm, a robot arm with swappable tool heads that can be programmed for a variety of applications.

A robot arm equipped with “industrial-level accuracy,” the device is designed to be a versatile desktop tool that you can use for a wide selection of projects. Whether you want to use it as an automated fabrication tool, an articulated arm for your gripper robot, or a self-defense weapon for the zombie apocalypse, this thing can be fitted and programmed with whatever you need to get the job done. 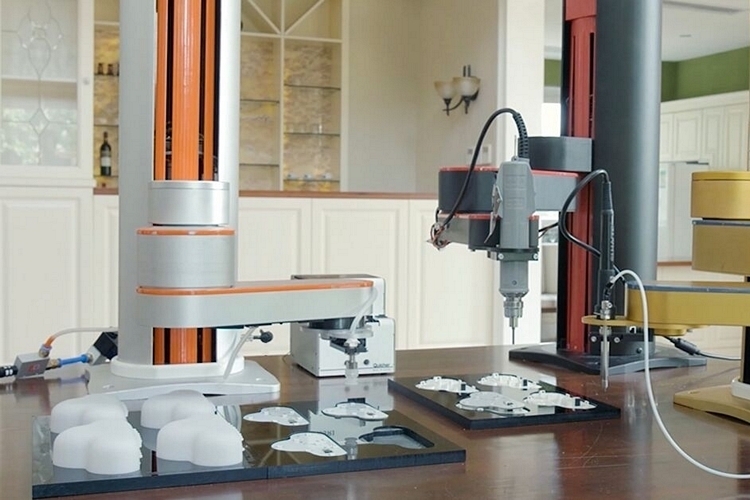 The Hitbot Z-Arm actually consists of three arms: an inner arm that can travel vertically, a middle arm that move 180 degrees horizontally, and an outer arm that can rotate a full 360 degrees along the horizontal plane. All three arms combined give it a horizontal reach of 7.9 inches while getting 8.3 inches of vertical range, giving it a moderately-sized work area. The outer arm, by the way, can hold payloads up to 4.4 pounds, so you can load decent-sized tool heads on there without any problem. It boasts 0.02mm precision, along with a velocity of 430 degrees per second, so this is as fast and precise as most consumer-grade robot arms in the market.

Controlling the robot arm’s movements can be done easily through both a PC software and a mobile app, giving you a simple way to manually make it do your bidding. You can also program it by simply guiding the arm through any movement sequence you want, which it can save and repeat in a precise manner later on. That means, you can use it immediately without any extensive coding, so you can play with the darn thing as soon as you take it out of the box. 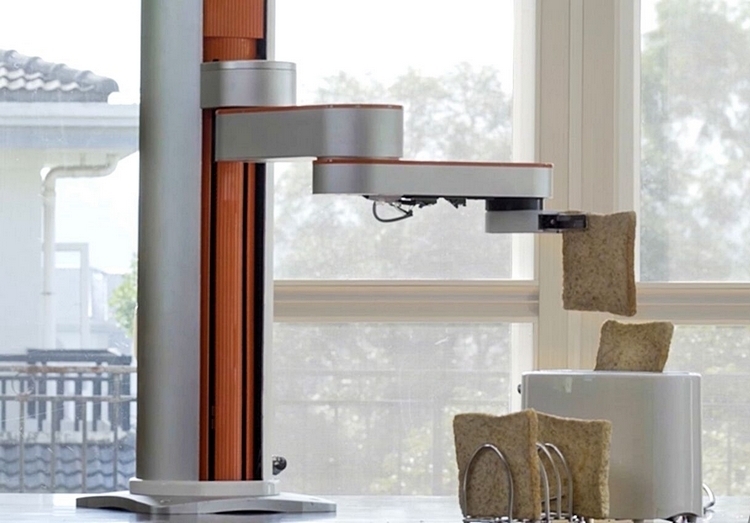 The Hitbot Z-Arm comes with a software that can translate G-code, so you can use it immediately as a 3D printer provided you purchase the corresponding tool head, along with software for laser engraving and cutting. For the rest of the applications, though, you’ll need to dive into the API to write the code yourself (or, you know, wait for someone else to write one and post it on a forum).

A Kickstarter campaign is currently running for the Hitbot Z-Arm. You can reserve a unit with two tool heads for pledges starting at $1,199.