Hitchfire Forge 15 Mounts A Large Grill To Your Car’s Tow Hitch, So You Can Have A Cookout Anywhere You Go 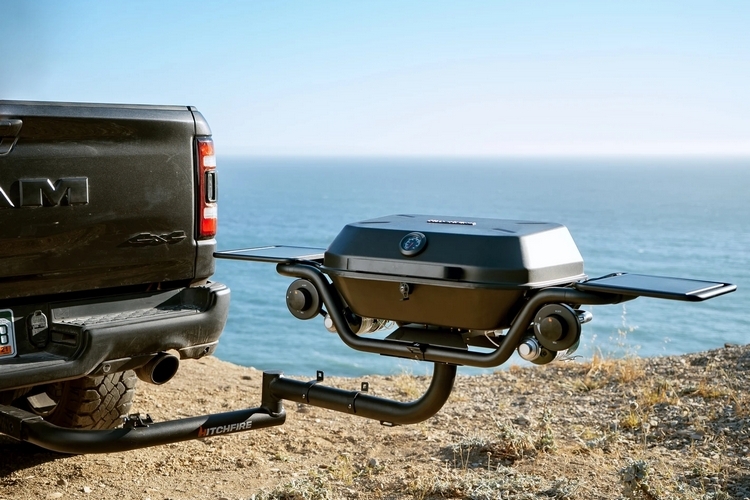 Bringing a grill to camp is easy enough. Just stash it in the boot of the car, take it out once you’ve arrived, and set it up somewhere at camp. Easy. Problem is, most portable grills aren’t designed with tall stands, so you end up squatting, bending over, and plopping down on the ground unless you also happened to bring a portable camp table (or a camp bench) along. The Hitchfire Forge 15 offers an entirely different alternative.

Designed to mount on the hitch of your car, it puts a waist-level grill in the back of your ride, giving you a convenient place to roast burgers, sausages, and whatever other food you bring along the trip. Whether you’re camping in the backcountry, having a beach cookout with friends, or tailgating once the world is normal again, this thing lets you grill outdoors as conveniently as you do at home. 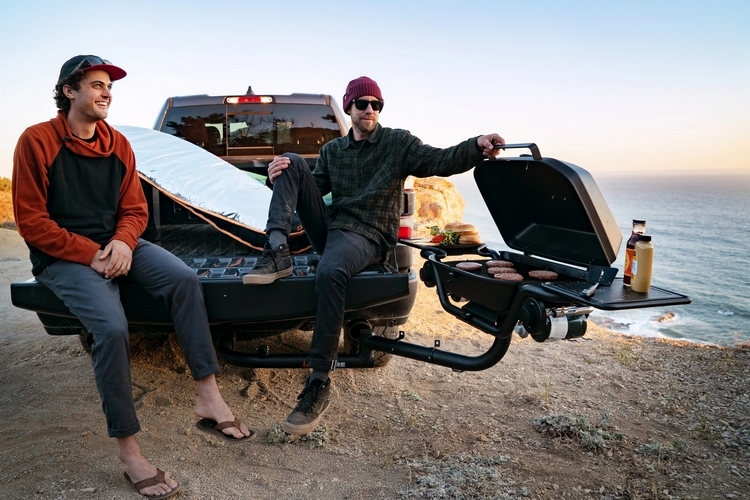 The Hitchfire Forge 15 is, basically, a grill connected to a swingarm that can mount in the tow hitch of your car, allowing you to have a convenient place in the back to do your cooking in the outdoors. The swingarm has a pivoting mechanism that lets you move it out to the side, allowing full access to the trunk of your sedan, the boot of your SUV, or the bed of your pick up. That way, you can use the trunk, boot, or tailgate as a functional work surface where you can slice your veggies, season your steaks, and keep all your supplies within easy reach. 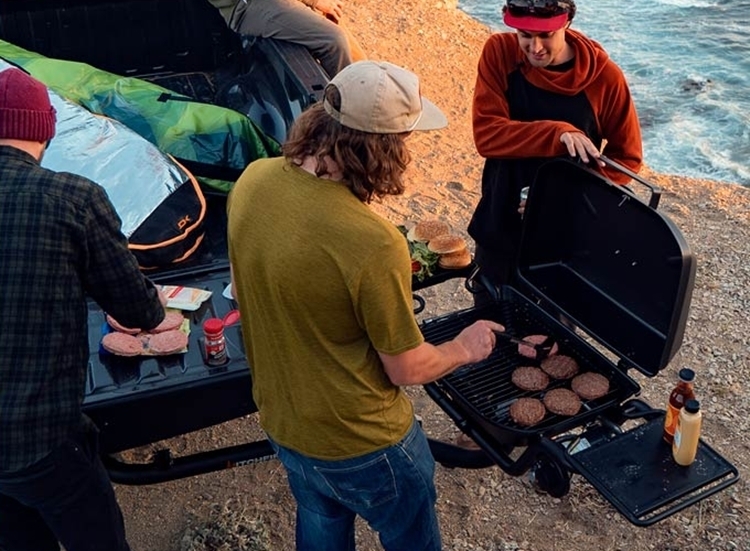 The grill can be removed from the arm for use on a tabletop, in case someone in your party actually brought one to camp, although it’s designed to stay on the arm even while you’re in transit. Yep, you’re going to be that weird guy driving around with a grill in the back of your car. On the upside, it spares you from having to keep a grill in the trunk, which should save a whole load of space, allowing you to bring a good load of other gear along. 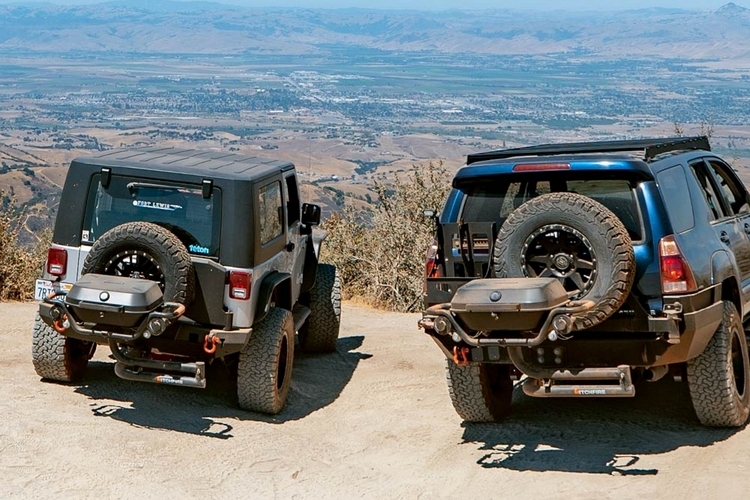 The Hitchfire Forge 15 has a cooking surface that measures 18 x 22 inches, allowing you to fit a good load of food in one go. Seriously, there’s enough room there to fit two whole chickens inside, probably with room to spare. According to the outfit, the cooking surface should be large enough to let you cook for up to 10 people, making this potentially as convenient as the grill you have at home. This is a gas grill, by the way, with two high-output burners that you can control separately, so you can grill on one side and heat up soup in a pot on the other, while a tall lid allows you to close off the grilling area for cooking large meats, roasting whole birds, and keeping the whole thing covered up while you’re on the road. Other features include a pair of detachable work surfaces on each side and a tubular frame construction with a rugged powder-coated finish.

The Hitchfire Forge 15 is now available for preorder, priced at $449.