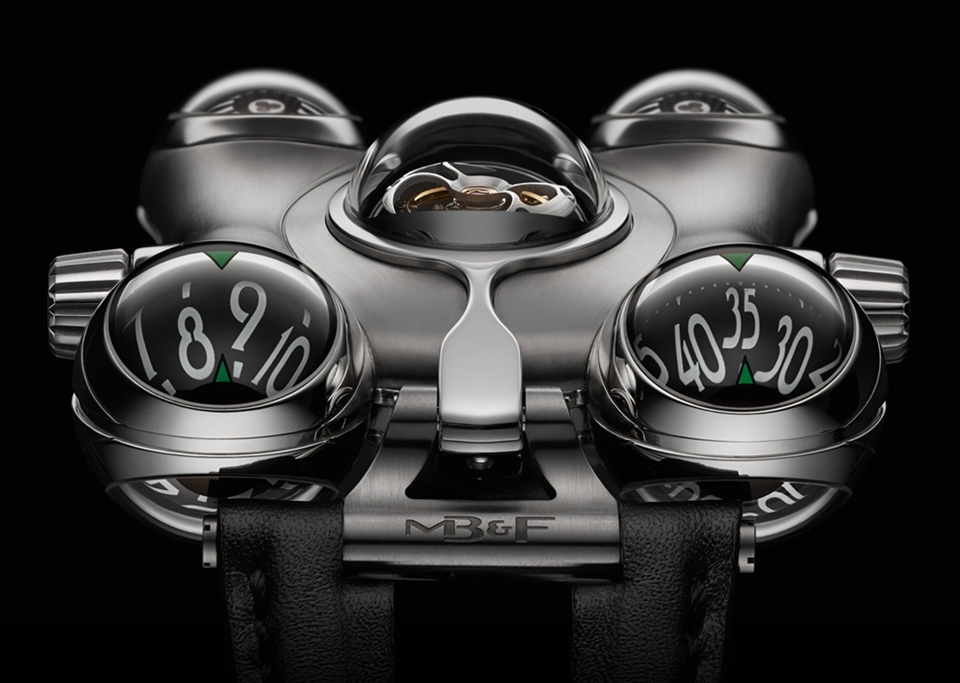 Sure, the HM6 Space Pirate is supposed to be a watch, but I wouldn’t be surprised if this was alien technology with hidden powers that will only be activated when the time for extraterrestrial invasion has arrived.  I mean, look at the darn thing.  Can you really believe telling time is the only thing it’s supposed to do?

I’d bet, there’s some kind of weaponized laser technology in there, along with an alien communicator that undercover extraterrestrials can use to receive orders from their leaders who lie in wait at the fringes of space.  That, or maybe it’s some kind of miniature weaponized drone that will launch off the wrists of their owners at the same time to unleash havoc on mankind.  Either way, I don’t trust it.  And neither should you. 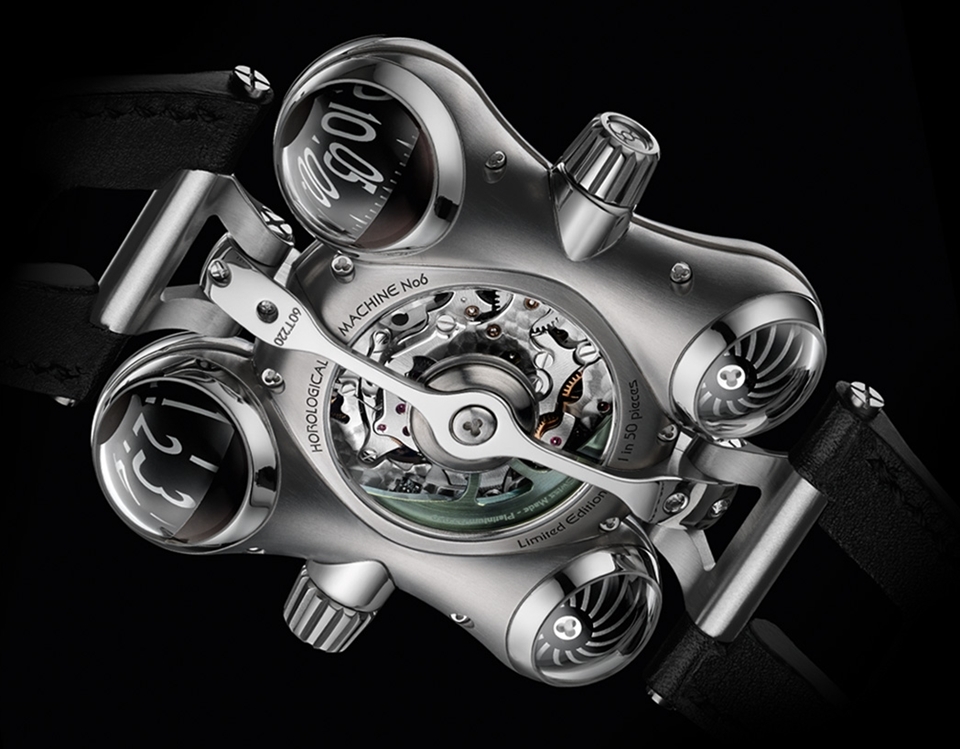 Created by MB&F with David Candaux Horlogerie Créative, the HM6 Space Pirate features a “biomorphic” case with a transparent central dome that houses a 60-second flying tourbillion and a 360-degree sphere in each of the four corners.  The two front spheres hold the hours and minutes, respectively, with the other two in the rear housing twin spherical turbines that spin horizontally, regulating the winding system to reduce stress and wear.  Both the central dome and the sapphire crystal window back allow glimpses of the complicated movement at work (the engine has 68 jewels and 475 components), which, like I said, could not possibly have been made for the sole purpose of telling time.  Aliens, I tell you, aliens! 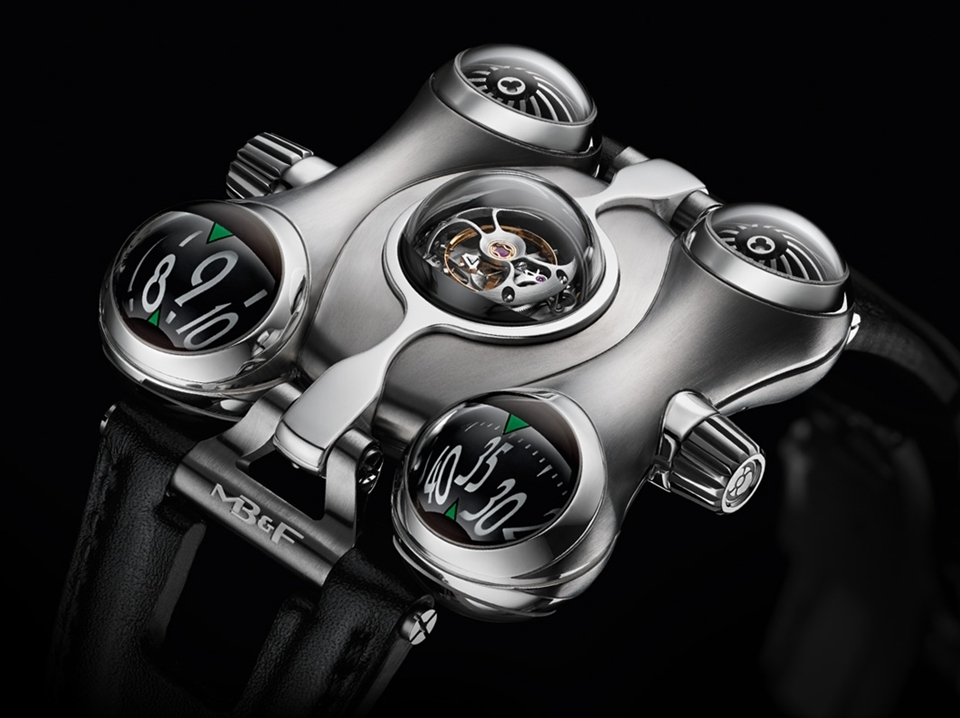 Construction is titanium for the case, with 3ATM of water resistance.  Strap is made from hand-stitched calfskin, with a titanium folding buckle. 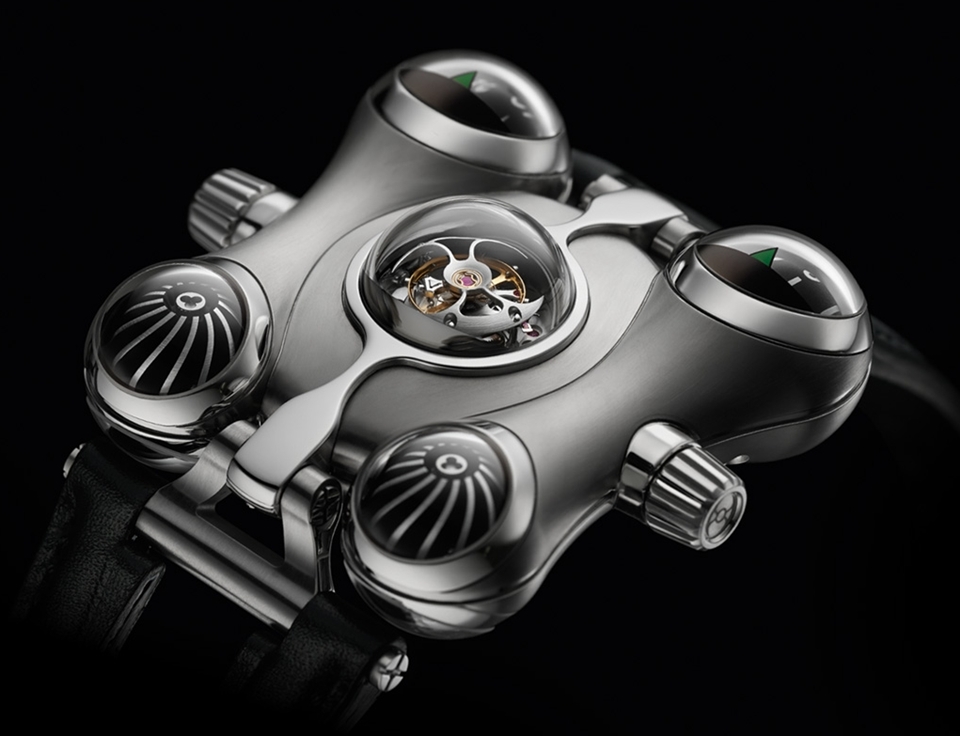