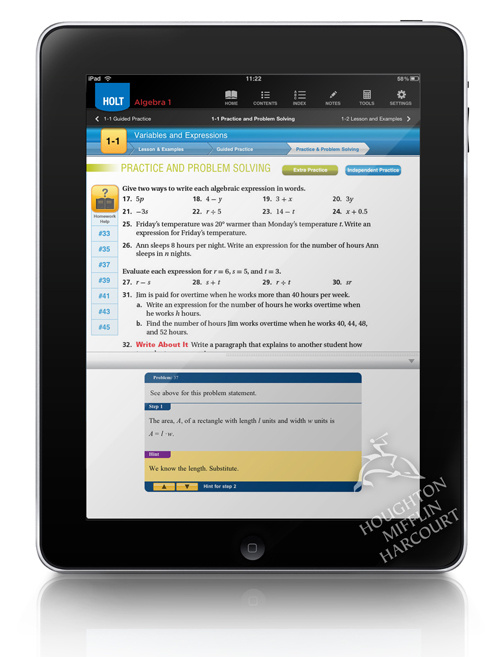 Granted, any of us average Joe can OCR a textbook and make it readable on practically any platform.  The HMH Fuse, however is a whole other beast.  Instead of being just a book, it’s a proprietary platform for delivering erstwhile one-way school materials in an interactive form.

Developed by publisher Houghton Mifflin Harcourt, the platform is currently being tested on a pilot program involving 400 students in San Francisco, Long Beach, Riverside and Fresno school districts.  Under the trials, the students will access their entire Algebra 1 course on an iPad using HMH’s platform, instead of a book like everybody else.  Over the course of the schoolyear, their achievements and progress will then be compared with a controlled group using traditional Holt McDougal Algebra 1 textbooks, with the results likely affecting future thrusts for the app. 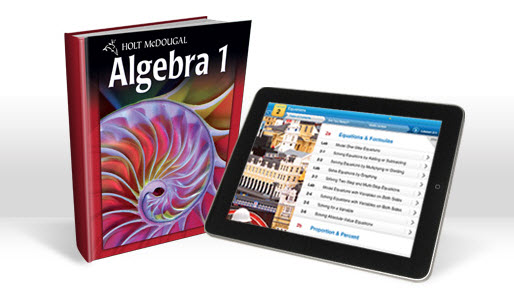 The HMH Fuse: Algebra 1 is an interactive system, designed to give students all the resources they need for the course.  It’s beefy on the features, which include core curriculum content, guided practice, quizzes and assessments, built-in highlighting and note-taking, and more.  Connected, as all apps should be, professors can insert academic content right on the student’s copies of the software independently, as well as track the result of their in-app quizzes and assessments.

Designed to facilitate self-paced learning, teachers and students can customize a student’s progress through the lessons, allowing for customization based on each one’s needs.  Yep, you can’t just watch TV all day and pretend you’re just slow too, since the teacher can actually keep track of how much actual time you’ve actually spent working with the modules.

We’re not sure if the HMH Fuse: Algebra 1 really offers a glimpse of the future of education, but we have to admit, it’s very intriguing.  Now, students don’t just have to spend their home and leisure time staring at square boxes – they can do it during school time too.