Home Disco Turns The Coffee Table Into A Dancing Platform, Complete With Smoke And Lasers 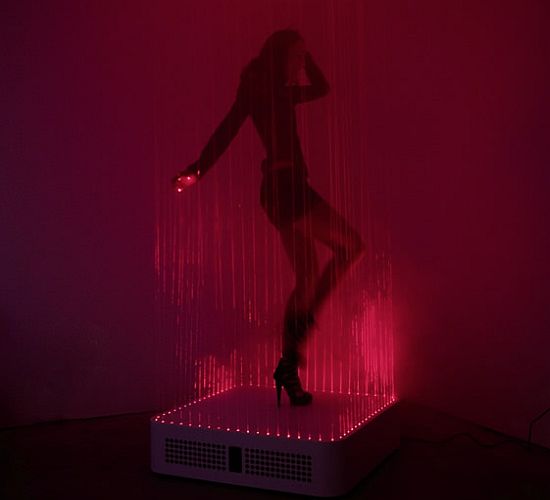 What’s the best way to set up a small dance area in your home?  Meet the Home Disco. It  actually sounds like a sensible idea.  No, strike that, it’s downright brilliant, turning an erstwhile coffee table into a one-person dancing platform, complete with club effects.

Created by the German-born but London-based Moritz Waldemeyer, the very original contraption reflects the same wild and crazy aesthetics that has made the designer a much-sought-after figure.  It was commissioned by UK design magazine Wallpaper, who gave Moritz  the task of putting together whatever images the term Home Disco conjured up.  This was the result. 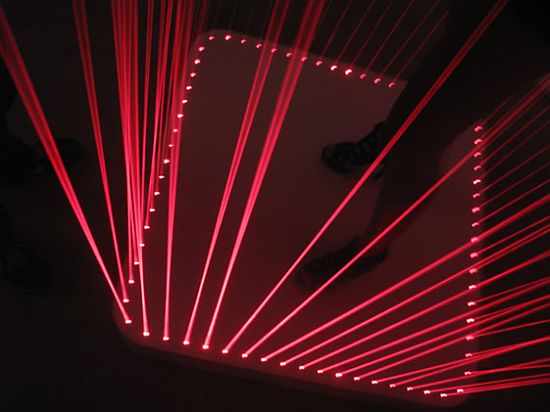 During the day, the Home Disco acts like a stylish coffee table, adorning your living room while playing host to strewn magazines, half-empty glasses and tired feet.  When the lights go out, however, it sheds the quiet persona to display its true colors, acting as a dance platform where you can sweat the night away. 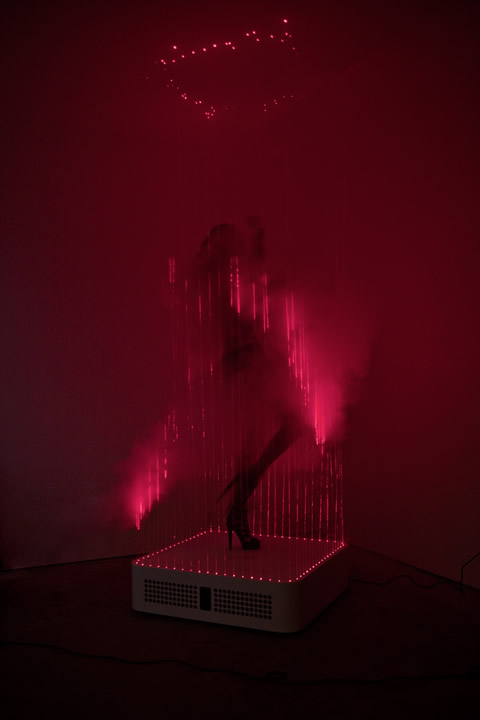 The self-contained dance area accommodates built-in speakers and an iPod dock to churn out heart-thumping music.   A slew of lasers are beamed from the edges, enveloping the dancer on top in a cage of lights.  For that smoky disco effect, Moritz even threw in a Haze Machine, so you can suck up nasty fumes like in a real party.

Way cool, isn’t it?  I think I just saw the next big Wii accessory: a dancing platform with lasers and smokes.  Seriously.   Dance, Dance Revolution could have been ten times more awesome with a similar rig in tow.