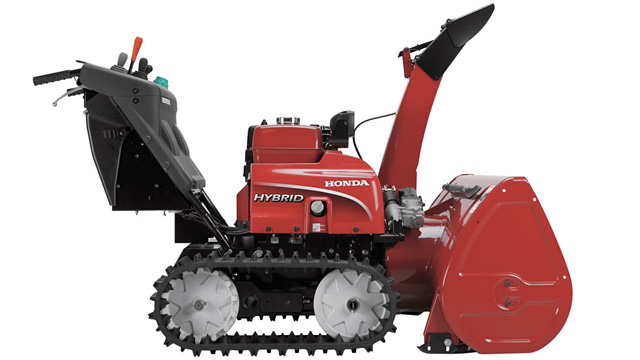 Your car isn’t the only thing that makes sense for getting a hybrid powertrain.  Pretty much anything that rolls on the ground can benefit from a retuning for lower fuel consumption.  And this winter, we’re getting a snow-clearing machine that does just that: the Honda HS1336i Hybrid Snowblower.

Being a hybrid, the power equipment still hosts a gasoline engine, the four-stroke iGX390 OHV, along with a pair of electric motors.  The engine takes care of operating the auger and fan, as well as charging the unit’s onboard battery.  The two motors give the machine its forward propulsion.  As with Honda’s hybrid cars, the motors act as additional generators when the snow blower decelerates, too, capturing lost energy and feeding it back to the battery. 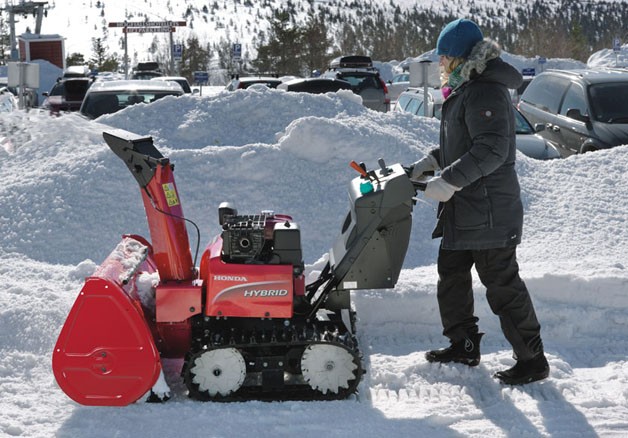 Using the Honda HS1336i Hybrid Snowblower’s unique configuration allows for, pretty much, the same benefits that hybrid vehicles bring over traditional cars.  While it looks no different than the machines you see removing snow from the streets during winter, you get lower fuel consumption, less emissions, quieter operation and reduced vibration during use, compared to similarly-sized machines with traditional power mechanisms.

As for the actual snow blower, it features three modes of clearing that you can switch into depending on ground conditions, on-spot turning (at low speeds only, though), adjustable auger housing, and self-diagnostic monitoring.  It can clear up to 83 tons of snow per hour, with a clearing width of 36 inches and a clearing height of 23 inches.