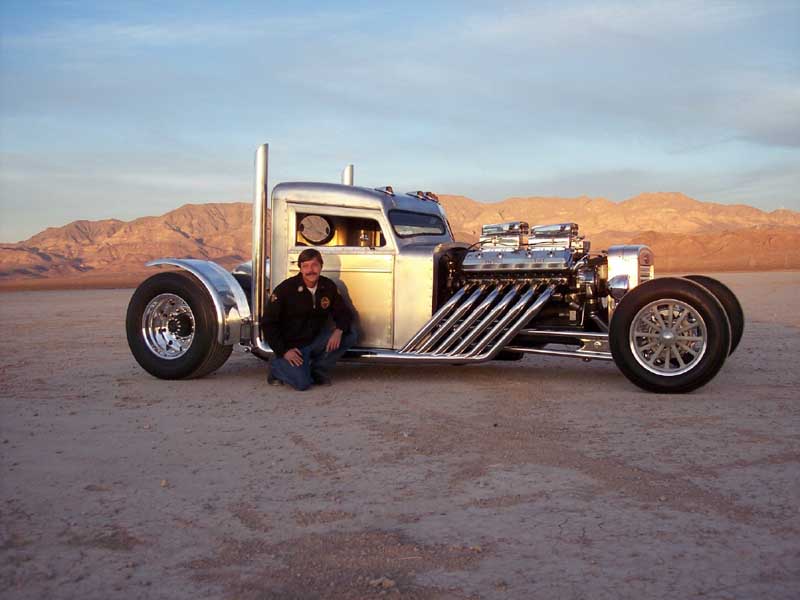 Hot rods and long haul trucks aren’t a match made in heaven. But you wouldn’t know that from seeing Piss’d Off Pete, a humble cab off a hauler, reworked into a wicked-looking hot rod dragster.

It started out life as a 1965 Peterbilt Model 351 cab, which creator Randy Grubb kept seeing parked in an old logger’s place near his home in rural Oregon. After years of driving by it, he finally decided to stop for a closer look in late 2008. One rev of that engine and he was sold, beginning a project Peter refers to as an “aluminum sculpture,” a personal work of art. 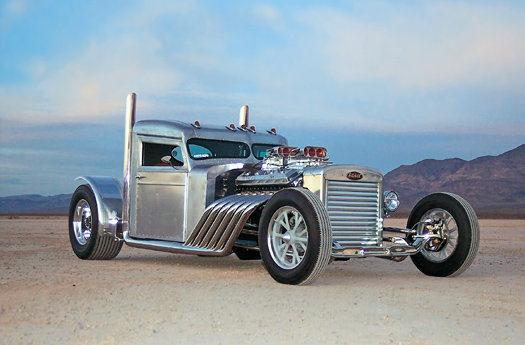 If you’re wondering about the Piss’d Off Pete name, Grubb says it’s from being “a Peterbilt with attitude.” Can’t argue with that. The original 12-cylinder, two-stroke diesel engine hadn’t been used in a decade, so he hired a diesel mechanic to help with the tuning. Replacements included a four-speed automatic pulled out of a Greyhound bus, new fuel lines and, of course, the body. The truck’s grill had been shortened by 10.5 inches, with front and rear axles taken from a semi-truck and narrowed down to hot rod scale. All connective hardware was custom machined and welded, creating the undeniably badass looks. 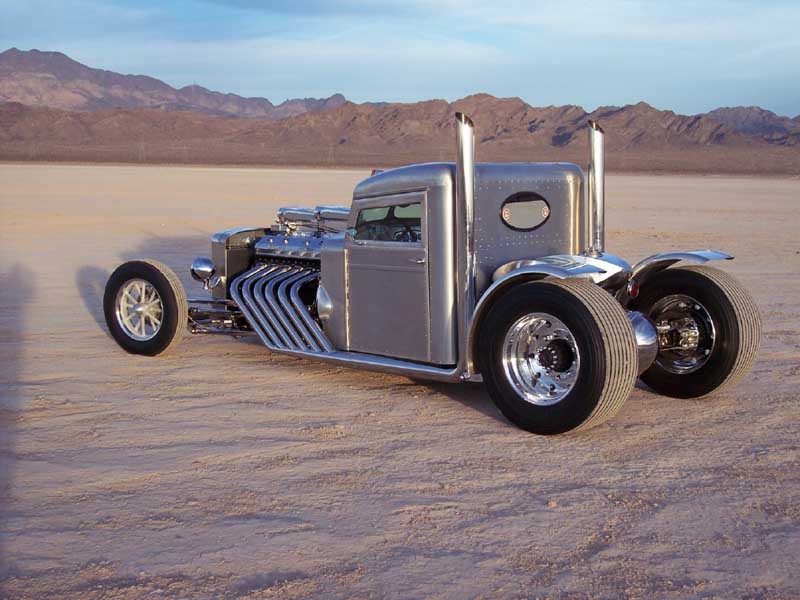 The hot rod hauler puts out 500 horsepower and 1000 lb-ft of torque at the redline of just 2,800 rpm. Rocking an engine designed to pull 150,000-lb loads, while weighing in at a mere 8,500 lbs, Grubb says the vehicle “could cruise down the freeway at 70 miles an hour at only 1,500 rpm.” There’s no way it can pass emission tests, though, so it’s future is solely as a display piece and an occasional ride down less-populated roads.

Grubb says he has drag-raced Piss’d Off Pete at more than 100 mph, so you can bet it’s got the chops to haul that shiny piece of ass. He’s looking to sell it to a private collector, but expect to pay somewhere in the low six figures.