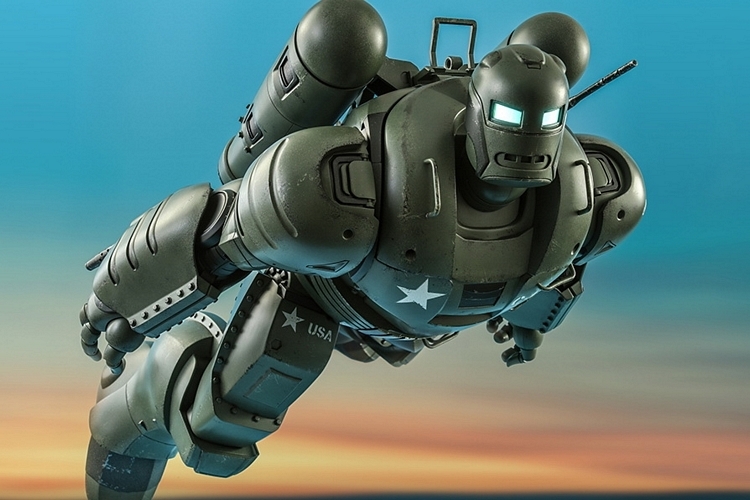 Marvel’s What If…? animated series has given us plenty of fun moments so far, from Captain Carter becoming the first Avenger and Ant Man being a murderous villain to T’Challa becoming the famous Star-Lord. Our favorite part, though, is the weaponized armored suit Steve Rogers uses to wage battle with Hydra. And now, you can add them to your collection with the Hot Toys Marvel What If…? Hydra Stomper and Steve Rogers.

A six-inch action figure of Steve Rogers and his supersized robot suit, the toy allows you to create your own adventures featuring Captain America in an alternate timeline. That way, you don’t have to keep beating up on your Hydra figures with the same masked Avenger with the red, white, and blue shield – you can also do it with a giant mech Howard Stark made using the Tesseract. 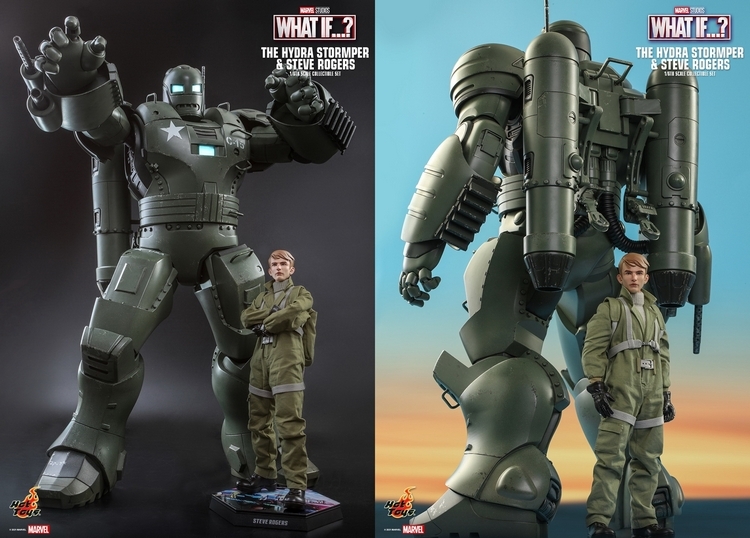 The What If…? Hydra Stomper and Steve Rogers consist of two sixth-scale action figures, one for the patriotic soldier and another for his weaponized mech suit. The main draw, of course, is the Hydra Stomper, which measures a massive 22 inches tall, allowing it to tower over your other action figures. Finally, someone you can put head to head with your Hulk and Hulkbuster figures. It has a body that looks like it was assembled using parts off World War II tanks, by the way, giving it a really cool aesthetic that’s absolutely perfect for the time period. Seriously, you can have this thing leading a fleet of battle tanks from the era and it will look perfectly at home, allowing you put a unique twist on your WWII dioramas. 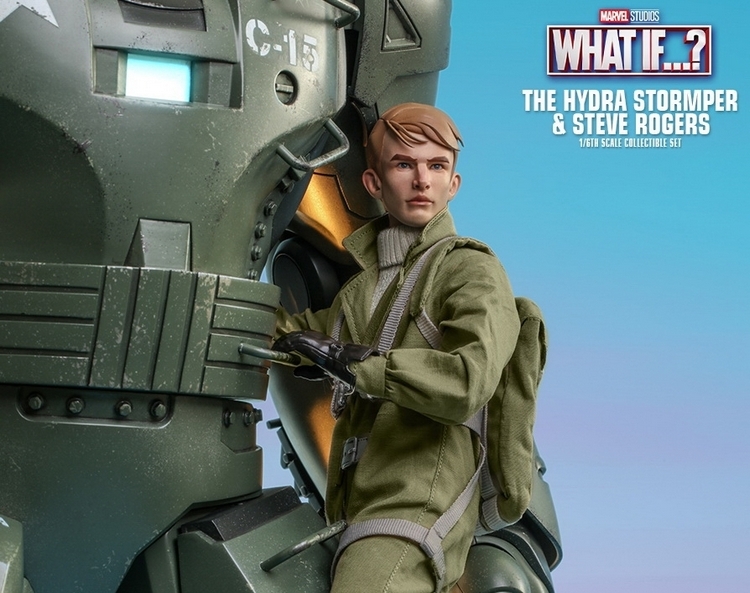 It has eight points of articulation on the head, shoulders, waist, arms, and wrists, so you can cast it in a variety of poses, whether it’s fighting, flying, or derailing a Hydra transport train from the rails. A whole bunch of details from the mech in the show is onboard, including jet thrusters in the back to let it soar through the air, weapons on the right wrist, light up eyes, and a light-up arc reactor on the chest. 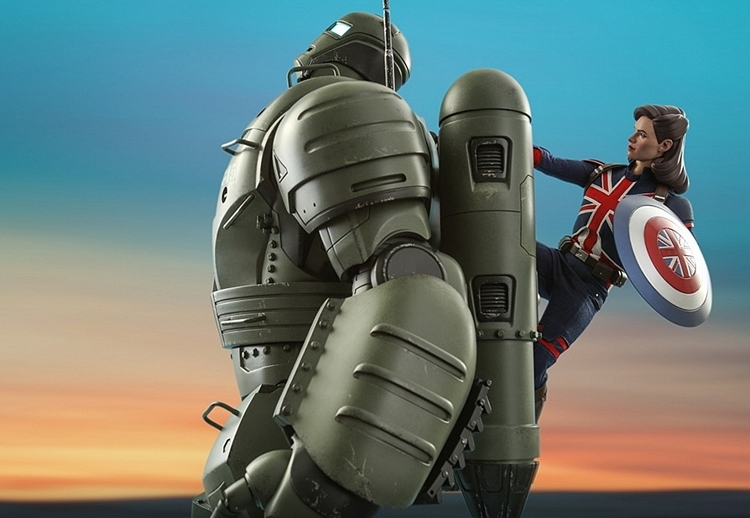 The Steve Rogers action figure, on the other hand, measures 11 inches tall, so it’s around half the height of the mech. And yes, the Stomper has a latch door below the neck, which leads to a pilot cockpit sized to hold Rogers’ action figure inside, so you can have him operating the robot right from the inside. The character has a whopping 30 points of articulation, so it can be cast in a nearly innumerable number of poses for whatever scene you’re looking to stage. It also has three sets of interchangeable hands, including a relaxed pair, a pointing pair, and a pair with expressive gestures, as well as a removable flight suit, removable military boots, a removable sweater, and even a backpack, in case you want the man also known as Nomad in our timeline to go hiking or something.

The Hot Toys Marvel What If…? Hydra Stomper and Steve Rogers action figures come out in 2023. No pricing yet, but this thing looks expensive as heck.