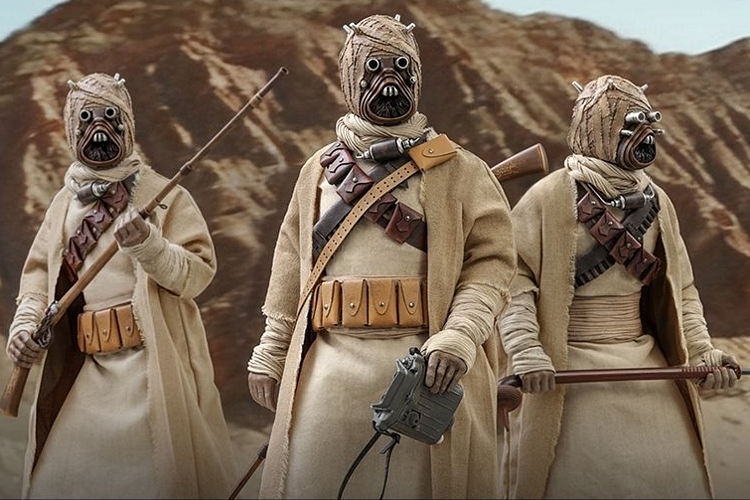 Tusken raiders have never been a significant element of the Star Wars fandom. They’re just those weird-looking aliens who lived in the deserts of Tatooine and attacked colonists with little provocation. With their multiple appearances in The Mandalorian, however, fans have started to warm up to the nomadic Sand People. So much so, in fact, that Hot Toys is now immortalizing them with this Star Wars: The Mandalorian Tusken Raider 1/6th-Scale Figure.

That’s right, the extremely territorial and xenophobic creatures can finally get their place in Star Wars fans’ toy collections with an action figure done up in Hot Toys’ signature style. From the realistic likeness and the intricate detailing to the heavy articulation and multiple accessories, this thing will let you add Tatooine’s indigenous sentient beings to your recreations of scenes from the desert planet (yes, you can make them attack the Mos Eisley Cantina if you want). 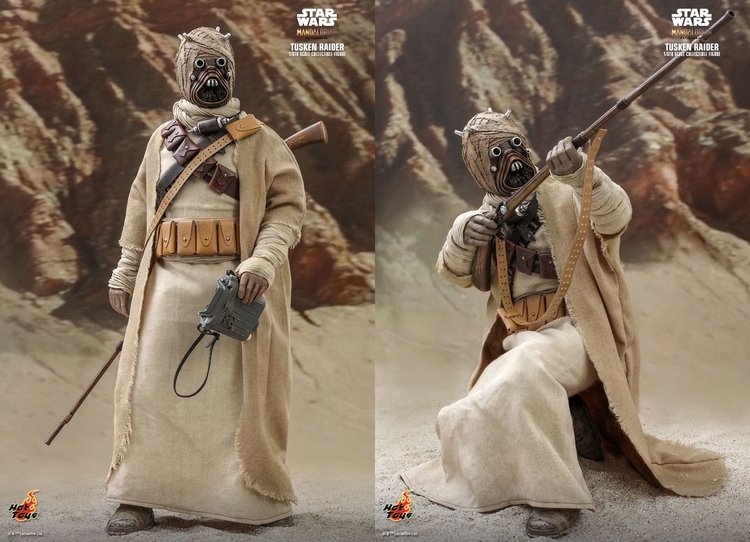 The Hot Toys Star Wars: The Mandalorian Tusken Raider 1/6th-Scale Figure casts the humanoid creature as an articulated action figure that measures a whopping 12 inches tall, so it can really grab attention, whether it sits on a display shelf or on a tabletop Tatooine diorama you’re building in the workshop. Based upon the appearance of the Sand People in the ongoing Disney Plus series, the figure gets decked in tattered robes, a bundled scarf around its neck, and that odd-looking headwear that’s equal parts goofy and terrifying at the same time. And yes, that headwear is just as detailed as the ones on the show, sporting a metal face cover, metal protrusions, eye lenses that stick out, and that inexplicable mouth, with the entire thing wrapped in strips of rags for whatever reason.

As in the series, it comes ready to fight, with a long rifle and spiked sticks in tow, as well as multiple bandoliers and belts that it can use to stash a whole load of ammo and small supplies. It also includes eight pieces of interchangeable hands (four left and four right), so you can attach fists if you want him to get in a scuffle, relaxed hands for a casual stroll, and gripping hands if you want him to carry any accessories or weapons, as well as a few accessories, including macrobinoculars and a black melon, which their species typically use as a source of milk. 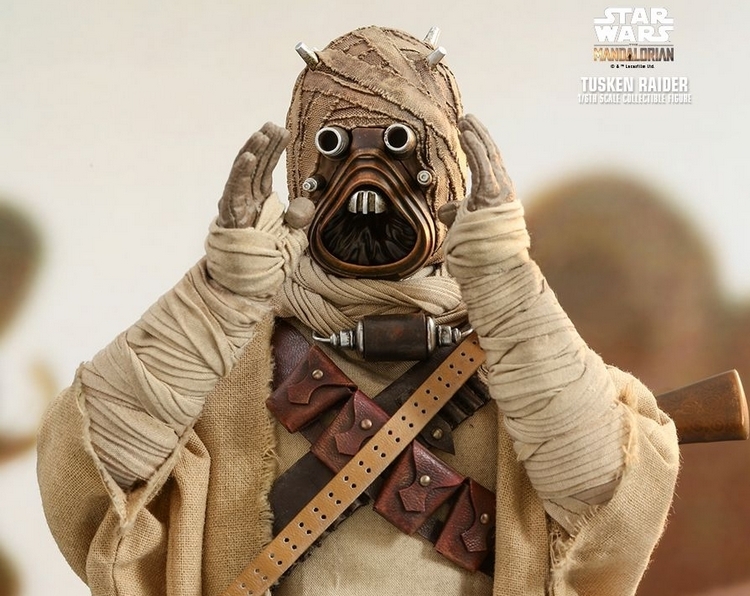 The Hot Toys Star Wars: The Mandalorian Tusken Raider 1/6th-Scale Figure comes with 30 points of articulation, including on the shoulders, elbows, wrists, hips, knees, and more, so you can pose this thing to look like it’s performing practically any type of action. Want to put it in a scene with a bunch of colonists that the raiders don’t want anywhere in their planet? Yep, you can do that. Want it to look like its picking the Razor Crest apart for parts like they did on the show? Easy to do with this thing. Of course, you’ll have to buy multiple units of the action figure to recreate that big tribe of Tusken Raiders scavenging through the darn ship, but that sounds like one of those good problems.