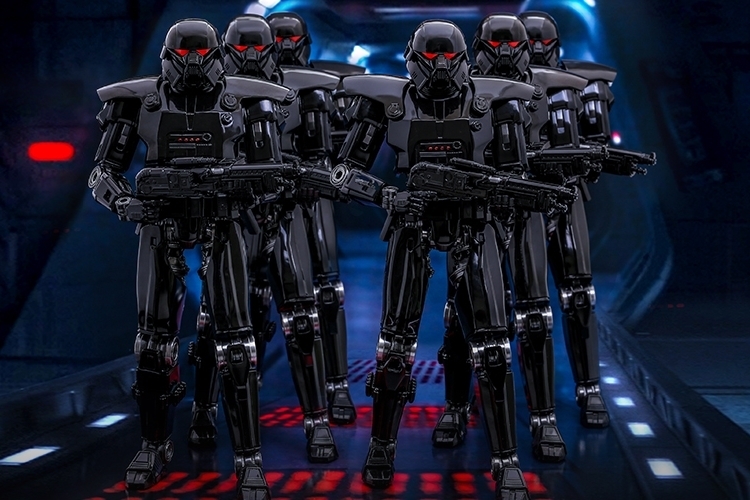 Your Din Djarin action figure is great, with its generous articulation, weathered battle armor, and miniature Grogu to keep him company. It’s a fun toy. But life in the galaxy far, far away has never been about fun. At some point, your bounty hunter is going to need a challenge. What better way to do that than by sending in this Hot Toys The Mandalorian Dark Trooper Figure?

That’s right, Hot Toys is adding a third-generation Dark Trooper to their action figure line, allowing you to give the Mandalorian a formidable challenge any time you feel like it. Because… you know, he’ll just run roughshod over any Stormtrooper you try to send his way. A Dark Trooper, though, is a different story, with its robot strength, insane durability, and high-precision blasting accuracy. Yeah, you’re going to need Grogu’s Jedi powers when this one comes to town. 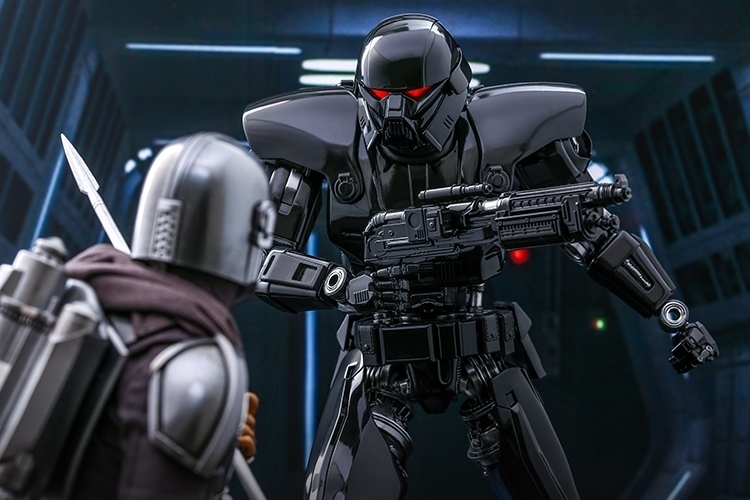 Hot Toys’ The Mandalorian Dark Trooper Figure is a 1/6-scale recreation of the Imperial droid, which puts it at 12.8 inches in height, making this quite a large action figure. That size, of course, is consistent with the droid’s depiction in the series, which puts it at around a foot taller than the average puny human. So yeah, you can show it off with other 1/6-scale action figures for a realistic display, as well as pit it against smaller action figures to make it look like an even more imposing presence.

It’s a faithfully-detailed figure, by the way, accurately recreating every element of the droid’s appearance on the Disney+ show. From that menacing helmet and exoskeleton body to the smooth armor panels and the mechanical joints, this thing absolutely looks like the one we watched on TV last year. Except… you know… it’s way smaller, so you can, hopefully, crush it with a baseball bat if it ever comes to life. Hey, you never know. 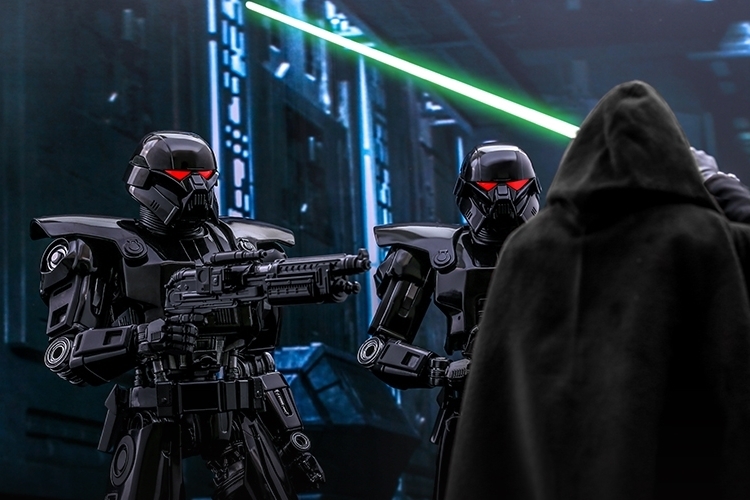 The Mandalorian Dark Trooper Figure uses a newly-developed body, which, we guess, was necessary, since it’s meant to be a fully robotic exoskeleton, rather than an armor or an exosuit that a soldier is wearing. This new body design is equipped with 25 articulation points, so you can pose this to perform, pretty much, any action that you like. Want it to stand guard to intimidate anyone passing by? Well… that seems to be its base pose. Want it to grab Mando by the neck, while kicking him in the nuts? Yeah, that sounds fun and very doable, too. How about going down on one knee after Mando gets lucky and inflicts a punishing blow? Yes, that should work as well. 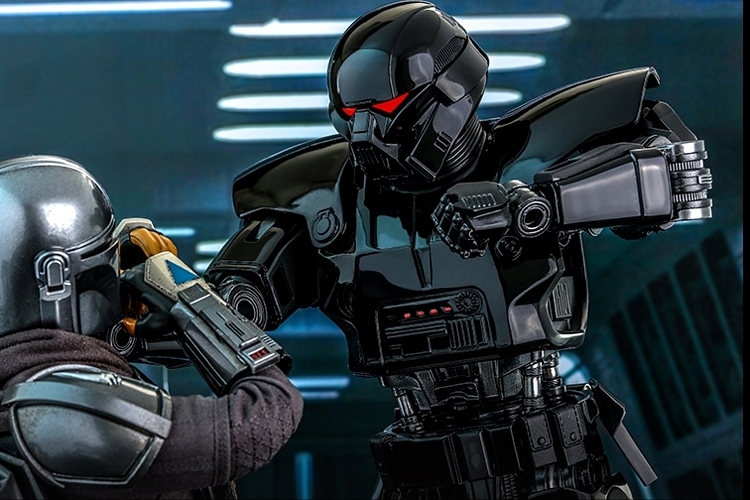 It comes with six pieces of interchangeable hands, namely two fists, two relaxed hands, and a pair for holding those assault rifle-style blasters they carry around with them. There’s also built-in red LEDs, which, we guess, lights up the eyes and chest area (battery required). Each figure comes with a display base, too, so you can show it off with its own pedestal.

Hot Toys’ The Mandalorian Dark Trooper Figure comes out in 2022, although no pricing has been announced yet.