Set Your Toy Collection Ablaze With This Incinerator Stormtrooper 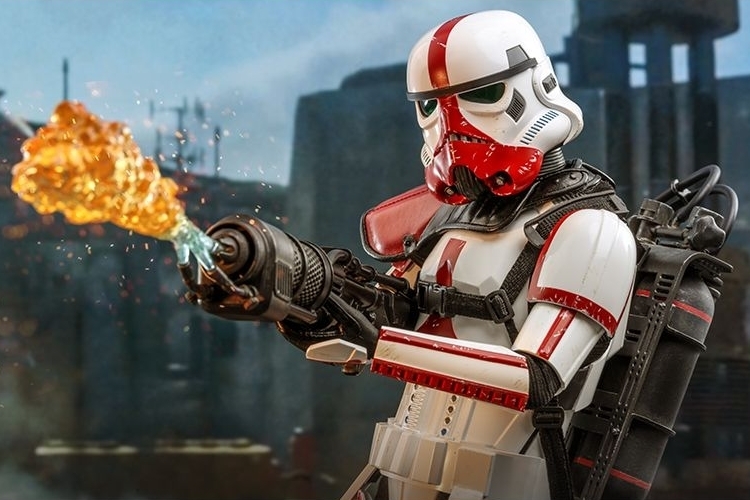 Remember that Stormtrooper towards the end of The Mandalorian, the one carrying that monstrous flamethrower that sets everything ablaze? Yeah, that guy looked cool. Sure, Baby Yoda, pretty much, obliterated him pretty easily, but we can say the same thing about every other Stormtrooper through the Star Wars franchise and that doesn’t keep them from looking cool all the same. Since we rarely get new Stormtrooper designs nowadays, it was pretty special. So special, in fact, that Hot Toys is already making it an action figure in the form of The Mandalorian Incinerator Stormtrooper.

An articulated action figure, the toy recreates all the signature elements of that one special rank-and-file soldier from the show, ensuring you’ll immediately recognize it with one look at the toy.  You’ll go, “Hey, that’s the Stormtrooper with the flamethrower that Baby Yoda blasted away with the power of the Force. He’s cool.” 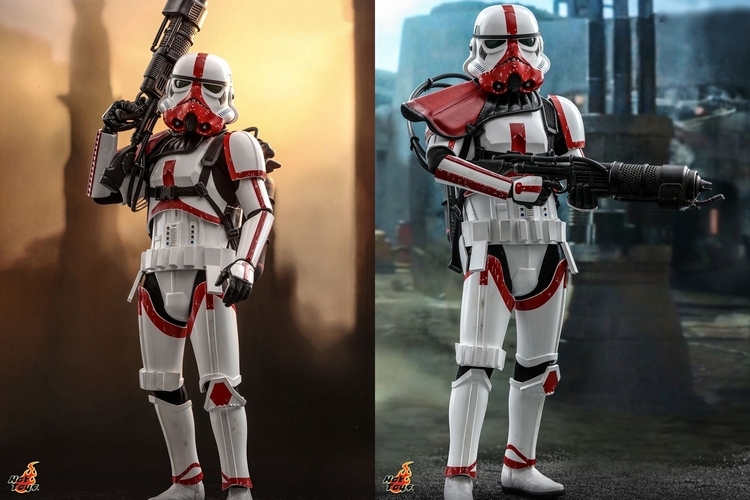 The Hot Toys The Mandalorian Incinerator Stormtrooper is a sixth-scale action figure, so this should be around a foot tall (well, 11.8 inches, according to the product page), making it quite the substantial presence for any display shelf. It comes with the Galactic soldier’s signature all-white armor, albeit one that’s painted in red accents, similar to the flame-shooting Stormtrooper in the Disney Plus show. That armor, by the way, is supposedly heat-resistant, so he can wallow in the heat of burning blazes all day without any unusual discomfort.

As with other Hot Toys figures, the character is covered in weathering effects all throughout the armor, making it look like the darn thing has seen his share of crazy scuffles. All those red details on the armor? Filled with scratches of all sorts, while the rest of the white sections come with splotches of dirt at various spots. It’s pretty realistic detailing, to be honest. 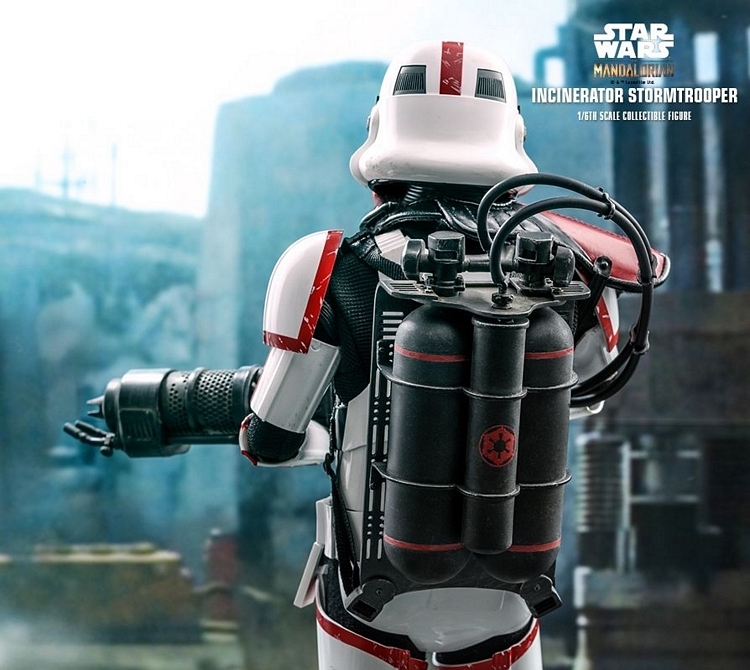 Hot Toys’ The Mandalorian Incinerator Stormtrooper has over 30 points of articulation, including the shoulders, elbows, wrists, hips, knees, and more, allowing it to be put in a variety of poses, from standing on the ready with the rest of its comrades and moving towards a target at the behest of Moff Gideon to firing a massive blast of flames into any direction. It has seven pieces of interchangeable hands, including two fists, two relaxed hands, two hands shaped to hold weapons, and one open left hand, so it can do more than fire a flamethrower. 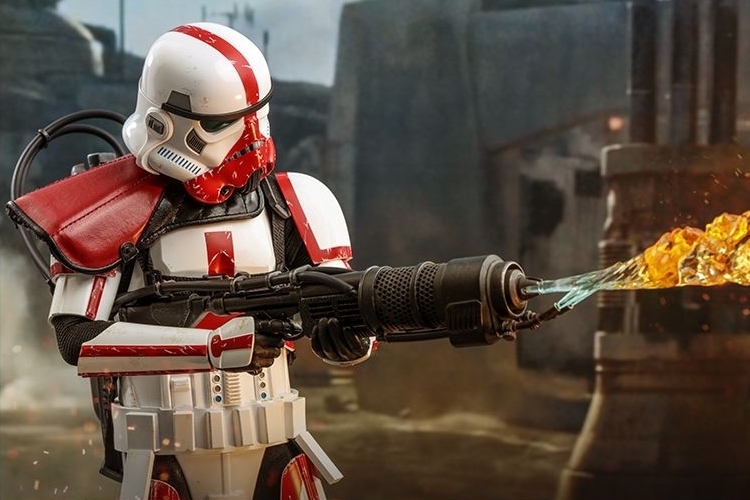 Naturally, it comes with a flamethrower backpack that you can put on and take off the Stormtrooper’s body, so you can have it armed for destruction at all times or weapon-free, in case it wants to get into a fistfight with another Galactic soldier. Hey, the other Stormtroopers get jealous sometimes. A flame accessory that you can attach to the nozzle of the flamethrower is included, so you can make it look like it’s shooting fire at any hapless target, while a base lets you show it off on the shelf at slightly elevated height.

The Hot Toys The Mandalorian Incinerator Stormtrooper is scheduled to ship in the fourth quarter.