Hot Tub Boat Runs On Water While You Relax 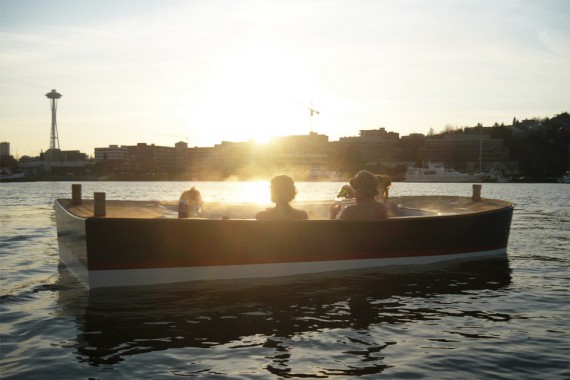 A hot tub on a yacht sounds like a wonderful idea.  And while a yacht beats a boat every time, a hot tub on a yacht seriously has nothing on the Hot Tub Boat, a water-traversing mish-mash of wonder that’s easily the most awesome hot tub I’ve ever seen.

Know those bath tubs that look like submarines?  Yeah, how lame you must feel if you bought one.  Because, unlike that, this thing will really navigate bodies of water, all while you soak up the water inside its relaxing frame.  That way, you can travel all over the lake while hot-tubbing while drinking beers while fishing with friends.  Way better than just hot-tubbing on a balcony while drinking beers, right? 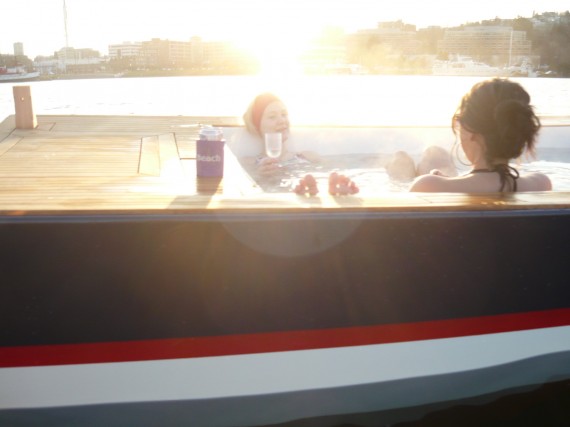 While there are inflatable tubs available that will actually float on water, the Hot  Tub Boat does them better by actually running at speeds of up to 6 knots.  Sure, it’s a little slow, but that ensures water won’t come splashing into the tub and hitting you in the face while you’re trying to chill. It can hold up to 6 people when moving and up to 8 if you stay by the side of the docks (which, let’s face it, defeats the purpose of having a boat that’s also a tub).

Surrounding the tub area are plenty of even surfaces where you can put down your drinks and whatever other stuff you’re bringing along.  It’s also equipped with built-in dry storage and a pair of coolers to hold your favorite brewsies.

The Hot Tub Boat will debut in the summer.  No pricing has been announced, though.