Hot Tub Cinema: Soak In A Tub, Grab A Popcorn, Watch A Movie 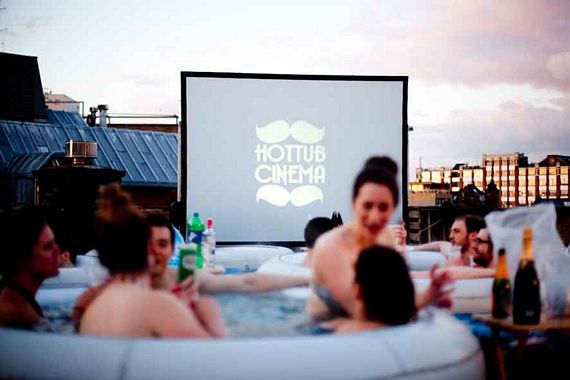 Watching a big screen movie while plopped down on a comfy recliner in your private IMAX Theater sure is fun.  But is it as fun as watching the same film while soaking in a large bathtub with half a dozen friends in a rooftop overlooking the city?  Well, you can find out for yourself with the Hot Tub Cinema.

Basically, it’s like a drive-in theater, but with hot tubs instead of cars.  And, no, the tubs are provided in the venue, so no need to bring your submarine bath tub along for the ride.  You can get drunk in the tub, stuff your face with food, and even secretly pee in it like you do in the pool, all while watching some awful film projected on a large screen out in front. Fun. 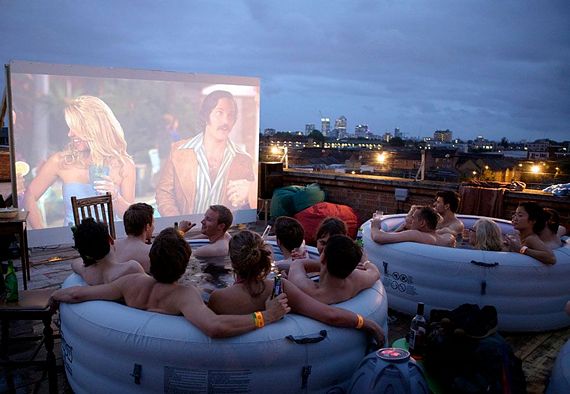 Unfortunately, the Hot Tub Cinema don’t have their own theaters, yet.  Instead, they hold it as pop-up events at various locations, which usually consists of rooftops during summer months and indoors venues (like clubs) during less-friendly weather.  The current events usually have about two large screens, 20 large hot tubs (fits six people each), and a bespoke surround sound system, which should make sitting down for a movie an entirely new experience all its own. 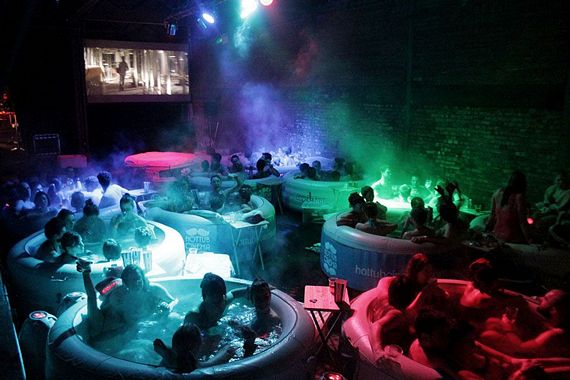 As of now, Hot Tub Cinema events are hosted primarily in London and around the UK, so you’ll likely have to travel (or, I don’t know, hold your own) if you’re not from around the way.  Want to attend one?  You can either contact them for private hire or check the website for confirmed schedules of upcoming public events.

Can someone please open a Franchise in the states?