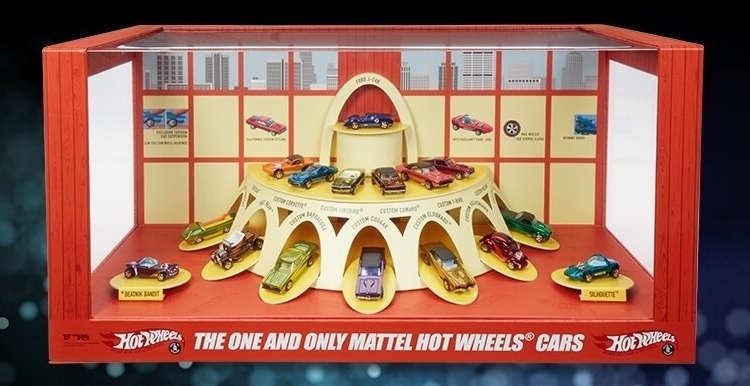 When Hot Wheels debuted their die-cast cars in 1968, they did it with a lineup of 16 models. For the next 50 years, those 16 models expanded into a massive fleet, growing large enough, in fact, to make it one of the biggest toy brands in the world. To celebrate those 50th year in business, the outfit is releasing a special edition of that same inaugural fleet in the form of the Hot Wheels Original 16 Display Set.

That’s right, you can now own all 16 cars included in Hot Wheel’s original fleet, so you can pretend you were alive in 1968 and made your father buy these cars as your Christmas present. You can even pretend you opened that present by the Christmas tree right next to your sister as she listened to the new The Doors album her boyfriend got her for the holidays. Well, that or something else. 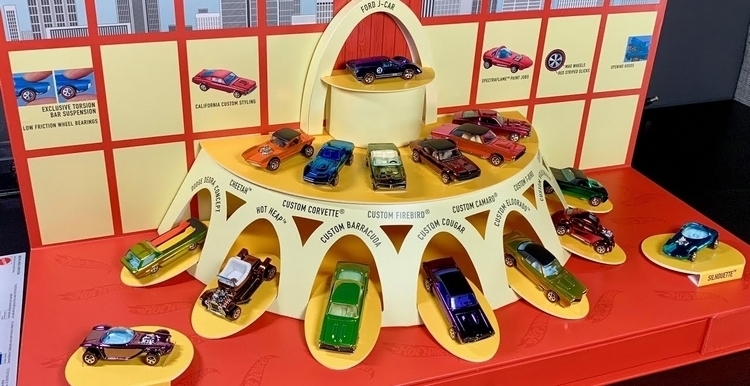 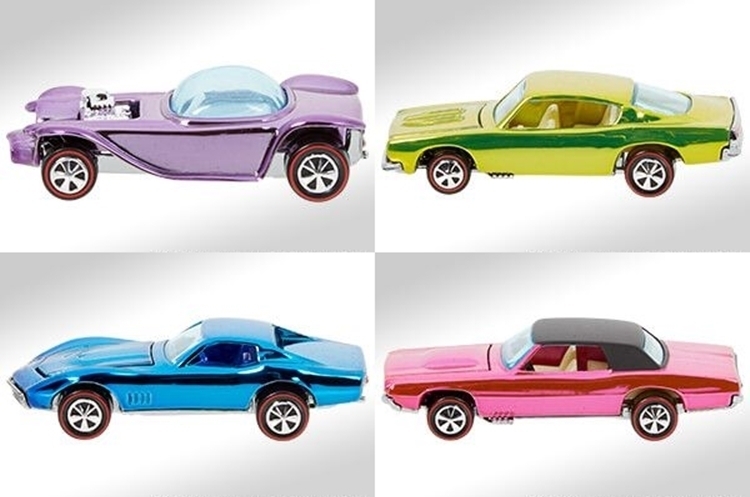 You also get a custom 1967 Volkswagen Beetle in Spectraflame dark red finish with a slide-to-open sunroof, as well as a die-cast version of the Dodge Deora concept from 1964, with a golden Spectraflame yellow finish and two removable surboards. Other cars include a custom Fleetside (in Spectraflame dark green with an opening tonneau cover), the custom Ford J-Car (based on the 1967 Ford GT30 Mark IV), the Hot Heap (based on the Model T Roadster), and the Silhouette, a popular show car from the 1960s. To the unfamiliar, by the way, Spectraflame refers to the shiny custom paint job the outfit uses to finish each of the ride. 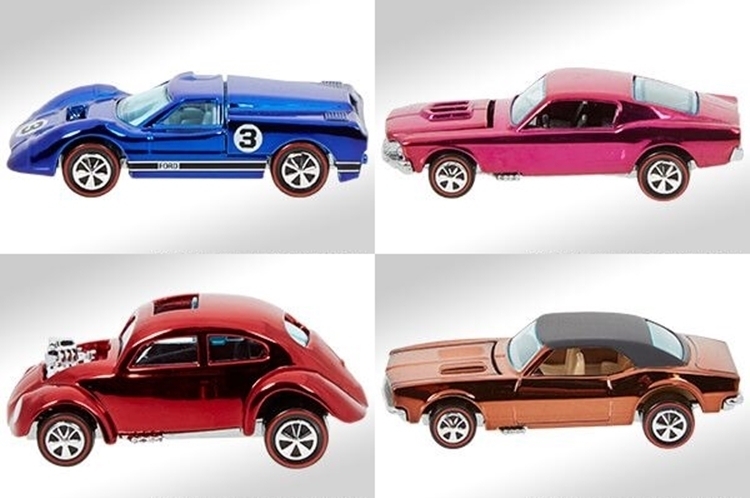 The Hot Wheels Original 16 Display Set comes with a recreation of the original store display the outfit used to showcase the die-cast cars back in 1968, which was, basically, a grand showroom-style case, with a slide-out tray at the base that lets you keep the cars out of sight until you’re ready to show them off. Each car sports Neo-Classics Redline wheels, which emulate the red-striped tires that inspired the original line of toy cars.

Sadly, only 1500 Hot Wheels Original 16 Display Set have been made, all of which have sold out to Hot Wheels’ Red Line Club members. Price was $499.99.