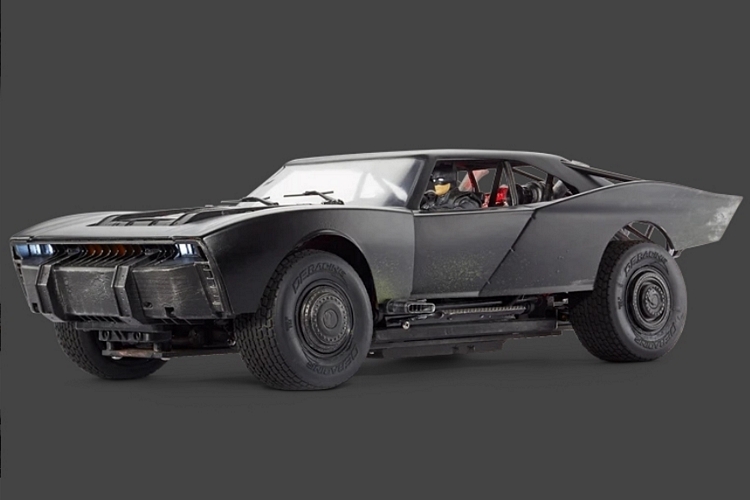 Matt Reeves’ take on the Caped Crusader’s car is not the flashiest Batmobile there’s ever been. In fact, it’s easily one of the more down-to-Earth Batmobiles we’ve seen, looking more like a roided-up muscle car built by a gearhead Lucius Fox than some of its more recent tank-like iterations. Whether you welcome the change or sneer at it disapprovingly, you will soon be able to drive it with the Hot Wheels RC Batman The Ultimate Batmobile.

A detailed RC replica of the new Batmobile from the upcoming Warner Brothers film reboot, the vehicle allows you to patrol your own little patch of Gotham. Even better, you can ply the streets with a Batman figure sitting inside, so you can have the Caped Crusader in his ride keeping the city safe. 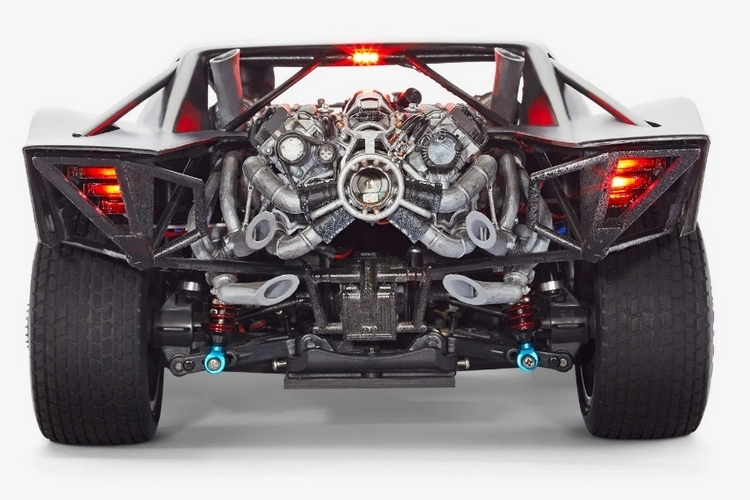 The Hot Wheels RC Batman The Ultimate Batmobile is a 1:10-scale replica of the superhero vehicle, so it’s a big toy, coming in at 19.5 x 9.6 x 5.3 inches (length x width x height). It recreates the movie vehicle in faithful detail, from the vintage muscle car lines and the burly bumper to the roll cage and the massive engine replica in the back. Seriously, it looks like the real thing. Since a gritty Batman driving a gritty Batmobile is likely to spend much of his time engaging in gritty encounters, the car comes distressed with dirt, grime, and its share of battle scars.

Not only does it look like the big screen Batmobile, it’s designed to run like it, too, with the motors sending all power to the rear wheels and a full-grade working suspension, so you can drive it even across the backyard. Granted, it’s not going to look as pretty as an actual backyard basher, but it should be fun. 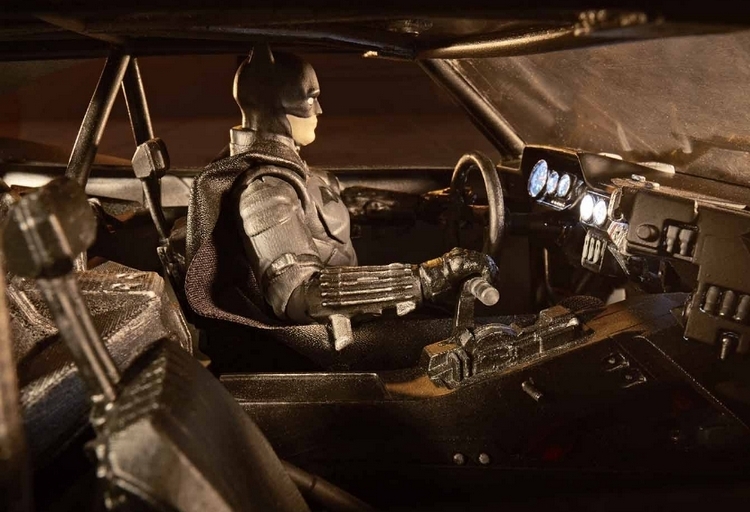 The Hot Wheels RC Batman The Ultimate Batmobile pairs the faithful exterior with a realistic interior that boasts three-dimensional lighted instrumentation and full detailed seats, along with a steering wheel and a shifter that both move in the exact same way you’re driving the car. It has color changing LEDs that create a thrusting glow emanating from the rear engine, complete mist produced using water loaded in car’s the tank, so it looks like a real car burning copious amounts of fuel. Heck, they even included a six-inch articulated Batman action figure that you can pose to drive the thing, complete with its hands on the wheel and the shifter. 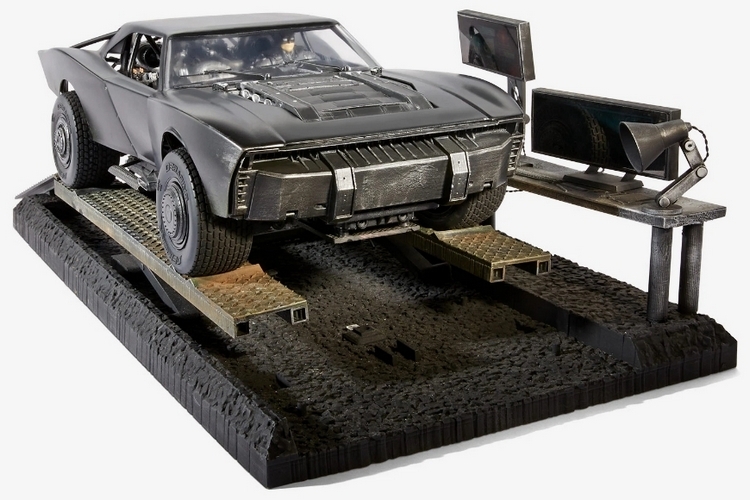 Of course, this is an RC, so it comes with a pistol-grip remote control and wheel steering, allowing for maximum driving precision while you push the car to its limits. They also included a plinth straight out of the new movie’s Batcave, complete with an illuminated bat signal, a couple of light-up screens (which are supposed to be monitors), and a whole lot of other details. Yes, it looks like the Batcave will be equipped with nothing but conventional computers, rather than the fancier control panels of old movies.

The Hot Wheels RC Batman The Ultimate Batmobile is now available for preorder, priced at $500. It comes out July of next year.