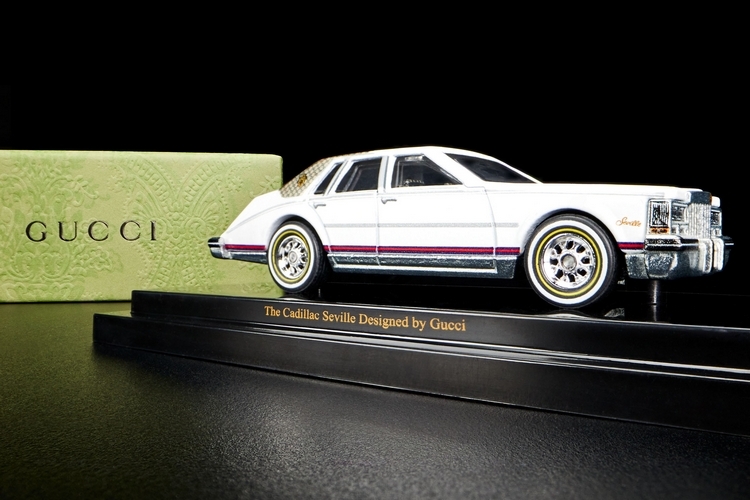 Back in the 1970s, American Motors Corporation (AMC) decided that creating “designer editions” of their cars was a good idea, so it inked deals with Levi’s, Pierre Cardin, and Gucci to inject a little fashion flair to automobiles of the period. A few other car manufacturers followed suit, bringing in high fashion names like Hubert Givenchy, Cartier, and Emilio Pucci. The Gucci Cadillac Seville is among the most memorable of these collaborations from the era, bringing the Italian outfit’s styling to one of the more premium cars of the period. The Hot Wheels x Gucci Cadillac Seville celebrates that moment in time.

A die-cast replica of the Seville by Gucci Cadillac (yes, that’s the official name), the toy recreates the 1982 model of the collaboration, so you can add a fashion-focused luxury sedan from a bygone era to your Hot Wheels fleet. Whether you’re a die-cast collector, a vintage car fan, or simply appreciate everything Gucci, this thing should make for a fun little toy to pick up. 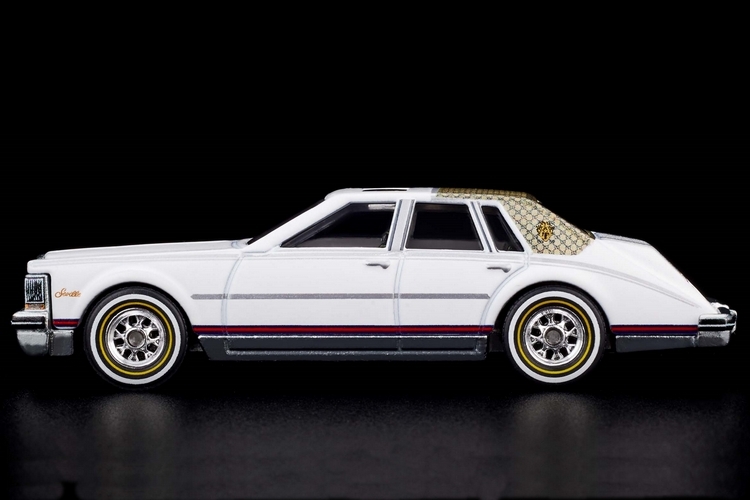 The Hot Wheels x Gucci Cadillac Seville recreates the classic luxury car in a white paint job (which is, hands down, the nicest one of the options), with all the individual distinctive elements that Gucci and International Automotive Design (IAD) added to the vehicle thrown in. You get the Gucci logo and that interlocking GG pattern on the trunk hood, along with special Gucci plates below it, as well as Gucci’s patterned fabric on the rear half of the roof. The Italian fashion house’s signature colors of green and red are decaled on the sides and trunk hood, too, rounding out the change in aesthetic while retaining the Cadillac’s classy styling.

All the standard elements from the 1982 Seville are onboard, of course, from the long hood and short deck proportions to the razor-edge bustle back and the sky roof. Inside, it recreates plenty of details, too, such as gold piping on the seats, so it feels every bit as flush as the original ride. 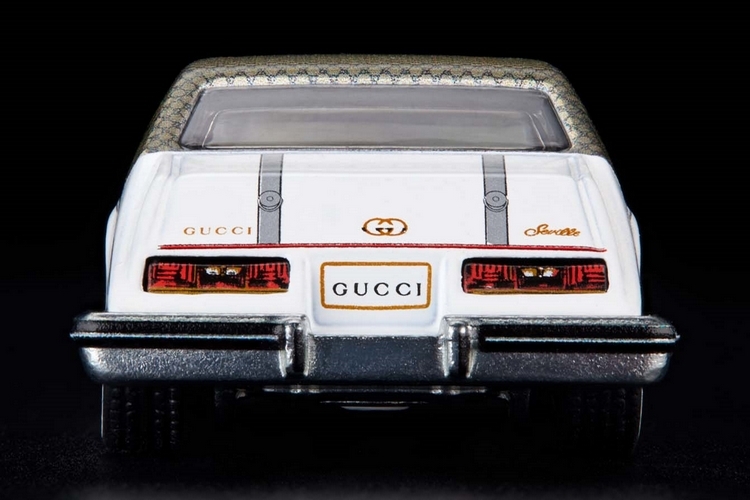 The Hot Wheels x Gucci Cadillac Seville is a 1:64 scale toy car, so it should slot right in with the rest of your Hot Wheels fleet, allowing you to easily integrate it into your displays and even throw it in your die cast races. The entire chassis and die-cast body are made with metal, by the way, so this should hold up just as well as the rest of your Hot Wheels collection, complete with Real Riders tires, so it can roll gleefully on any race track you build with just a little push. The car, by the way, will come in a special packaging that includes an acrylic display box with a labeled platform and an authentic Gucci slipcover in the brand’s signature green patterned paper. 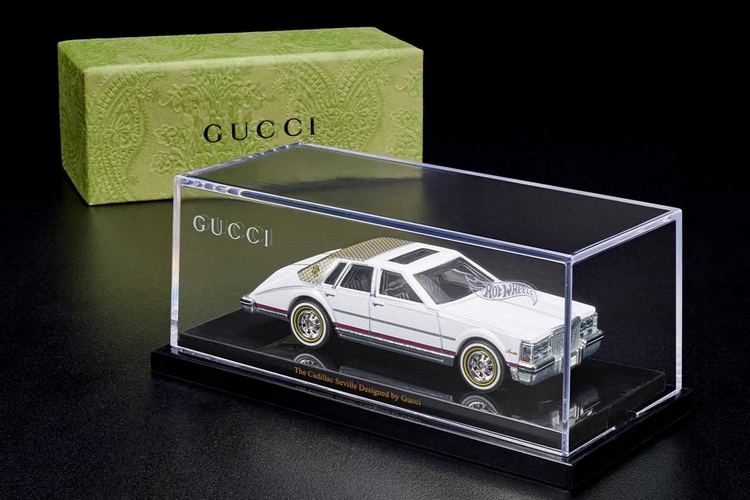 The Hot Wheels x Gucci Cadillac Seville comes out on October 18th. Only 5,000 examples will be made, so chances aren’t good that you’ll be able to pick this up at a local store shelf. If you want to secure one, your best bet is to order direct either form the Mattel Creations or Gucci website.