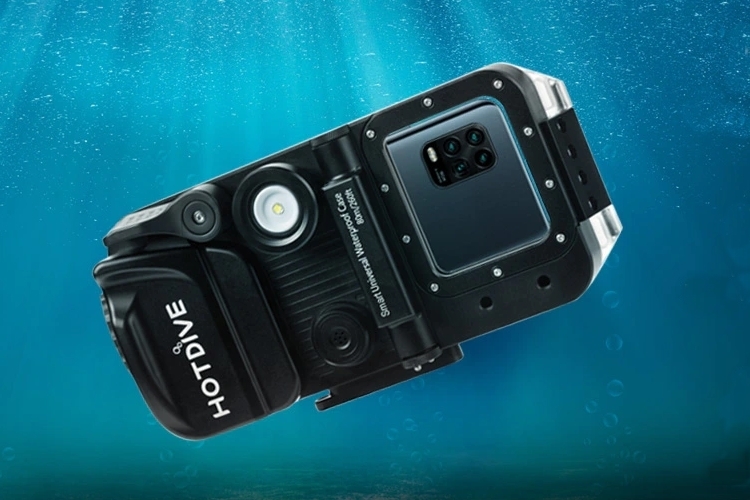 Scuba diving is fun. Shelling out all that money to get yourself properly geared up to make the most of the water, not so much. While you’ll still have to buy basic equipment like a wetsuit, a scuba tank, and all that, the HotDive Pro allows you to replace some common scuba diving electronics with your good old smartphone instead.

A heavily-waterproofed and richly-featured smartphone case, it turns your messaging, calling, and Instagram machine into scuba diving equipment that can serve as an adequate replacement for a dive computer, an underwater camera, and even a fill light. No need to spend an extra grand or so to add all those things to your gear bag – just use this accessory with your smartphone and you’ve effectively got the same thing. 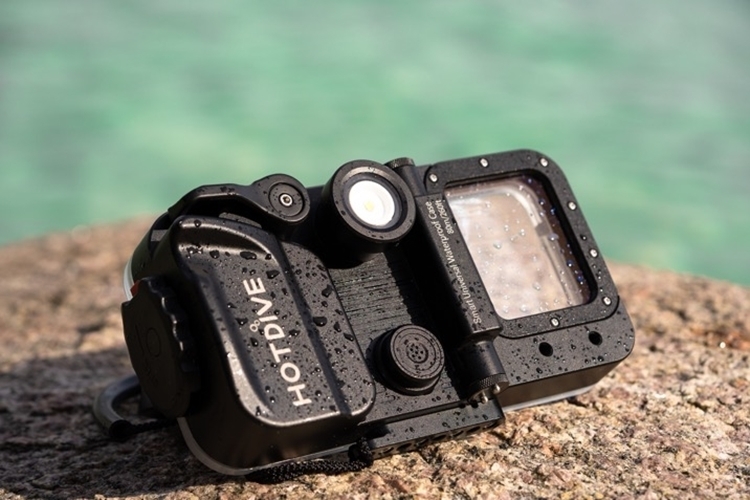 The HotDive Pro is a waterproof phone case with an integrated air extraction system that creates a vacuum inside once the whole thing is sealed up, making it safe to submerge your phone at depths of up to 260 feet. This vacuum system is also able to create unimpeded airspace inside the case, so you can take crystal clear photos with none of the foggy elements you’ll normally get when using a waterproof case to take smartphone photos underwater. And yes, you can use both front and rear cameras even with the case in tow, so you can take Instagram selfies even while exploring the ocean depths.

Of course, you can only take clear photos when you have proper lighting for the scene. Since natural light becomes less of an available commodity the deeper you get in the water, it’s equipped with CREE LEDs that deliver 130 degree illumination at a color temperature designed to recreate that of sunlight (5800K to 6500K). With a brightness intensity of 800 lumens, the outfit claims it brings enough lighting to create optimal conditions for taking photos and videos at depths you’re supposed to take this into. 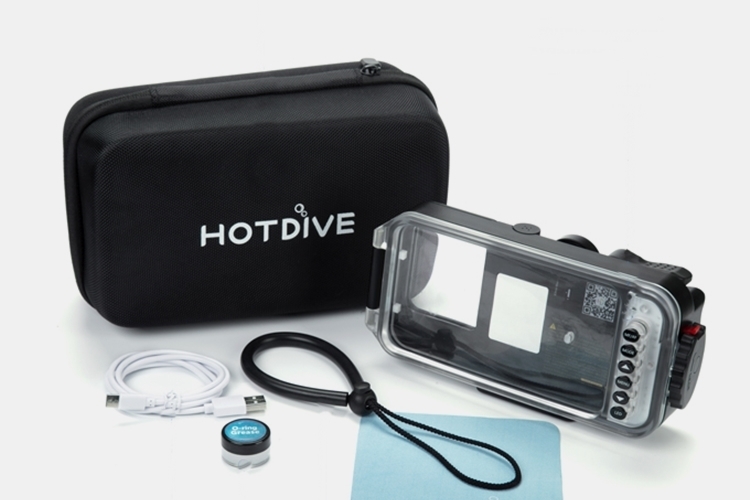 The HotDive Pro also has a Swiss TE MS5083 depth sensor, an electronic compass, and an onboard microprocessor that collects and transmits data non-stop to a companion app on your phone, allowing it to serve as a functional dive computer. According to the outfit, the app can show information such as depth, direction, dive duration, ascending speed, and more in real time, complete with the ability to issue warnings for any potential problems it detects (such as when it has reached depth stress of five meters). 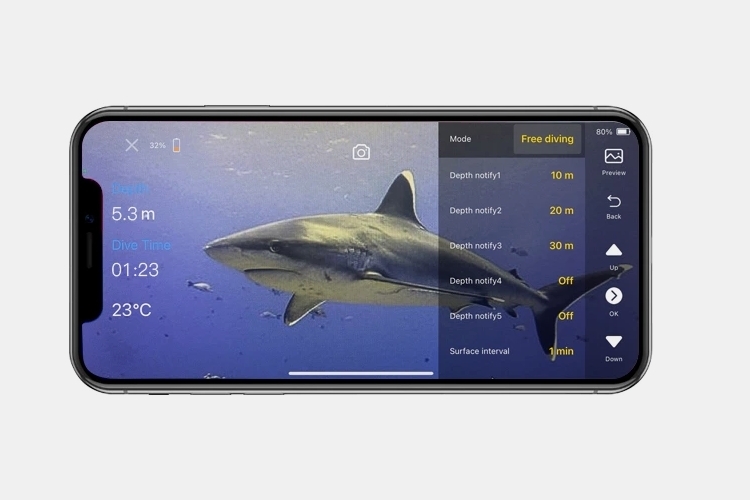 Buttons at the front and top sections of the case allow you to control the dive computer, the integrated LEDs, and the smartphone cameras, making it easy to interact with everything even without access to the phone’s touchscreen, while the integrated battery allows you to use the LED and dive sensors simultaneously for up to 100 minutes between charges. It can accommodate any smartphone measuring 6.4 x 3.3 inches or smaller, so you should be able to use it with everything but the largest oversized smartphones out there.

A Kickstarter campaign is currently running for the HotDive Pro. You can reserve a unit for pledges starting at $199.