House Of Cards Table Looks Ready To Fall Over 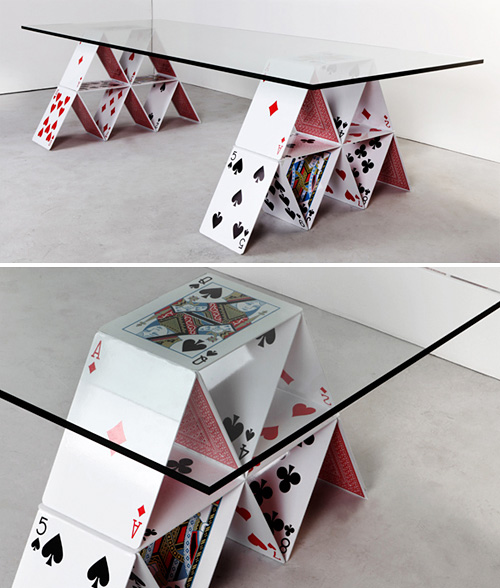 I’ll be honest here.  There’s just something special about seeing fake playing cards used as a table’s legs that piques my natural attraction to accidents waiting to happen.

Created by Brazilian designer-architect Mauricio Arruda, stability isn’t something to worry about here.  According to the designer, the two pyramid-styled playing card legs can actually support up to 550lbs of weight.  That means that lard-ass boxer Butterbean can use it as the base of his bed with pillows and a mattress and all that. 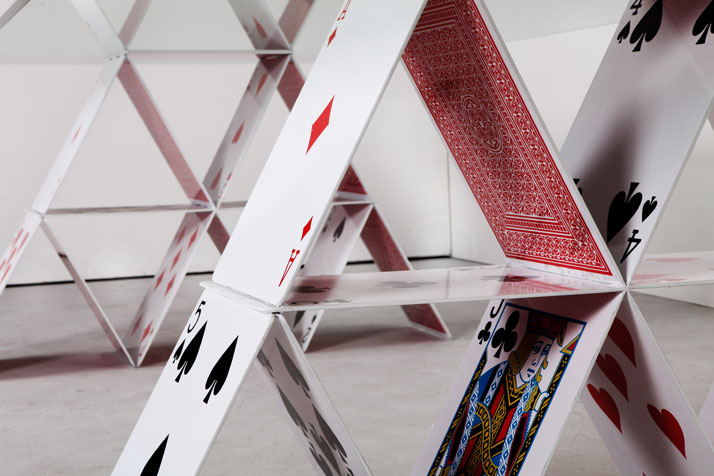 The House of Cards  has two pyramid-like structures made from playing cards blown up to 13 times the regular size.  They’re not flimsy cardboard, either — the cards are laser cut from 4mm-thick steel plates.  Each one is individually printed to resemble actual playing cards, with all the edges that meet up welded to ensure even greater stability.

Because of their design, the frames should be versatile enough to hold any type of tabletop.  Since it can carry Andre the Giant levels of weight, I’m sure that concrete one you’ve been planning to build will probably sit well, too.

I don’t think the House of Cards table is for sale.  If it were, though, I’d probably want to snag one up just so I can stare at it all day, waiting for the whole thing to fall.  Till eternity.