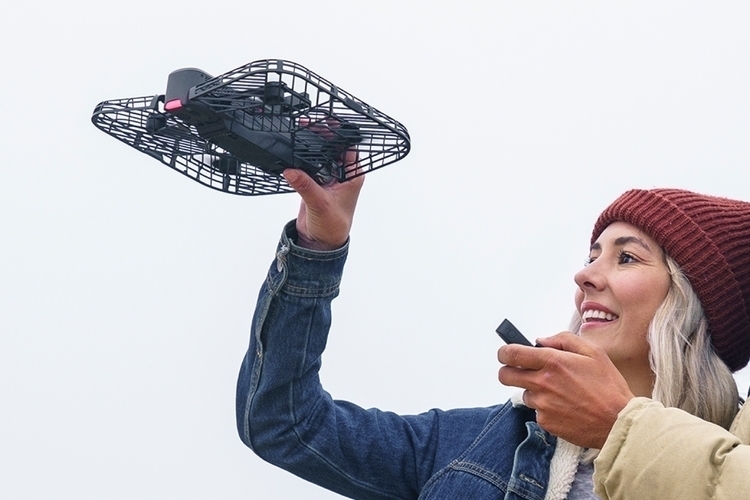 Drones have been getting progressively smarter in the last few years, with every new model that shows up exhibiting impressive, and occasionally novel, autonomous capabilities. That’s exactly the case with the Hover 2, a new drone that boasts a wealth of intelligent features while maintaining a fairly affordable price point.

The follow-up to the outfit’s original Camera Passport drone, the quadcopter takes the same enclosed design as its predecessor, ensuring it’s duly protected during crashes and collisions. And, yes, it will also struggle flying in windy conditions because of that enclosure. Unlike the original, though, the caged enclosure can now be removed and replaced with other accessories (namely, a propeller guard and landing gear), which should enable you to fly the door even on breezy days, as it can now withstand winds of up to Force 5. 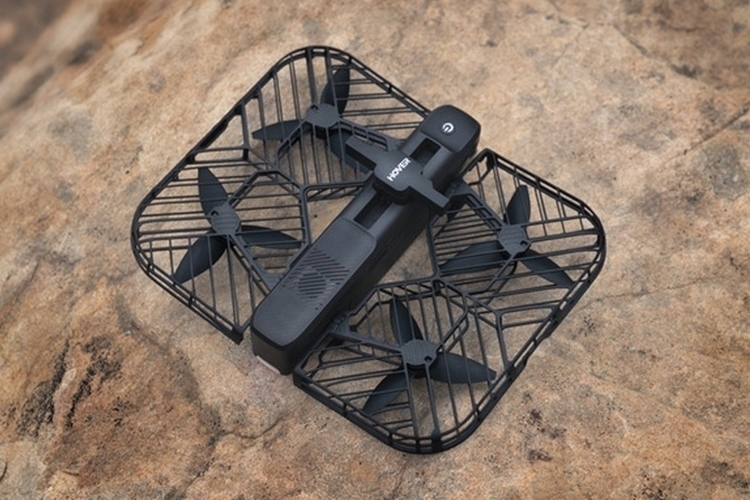 The Hover 2 now comes with a swiveling dual-camera sensor on top of the drone, which it’s calling the Optical Radar. Using this ever-rotating camera feed, the system is able to gain much-needed depth perception in every direction, allowing it to constantly map every obstacle within its surroundings. This allows it to track a target in real-time while avoiding every obstacle it comes across, ensuring you can get uninterrupted footage from your aerial camera, whether it’s filming you during a run, your dog while it’s at play, or your car while you do donuts in the parking lot. Oh yeah, that tracking is much smarter, too, as its computer vision can now accurately lock onto a target even after that target undergoes changes in shape and appearance, allowing it to keep the camera locked on even when its direct view gets obstructed by items in the environment (you know, like when you run through trees covering a trail). 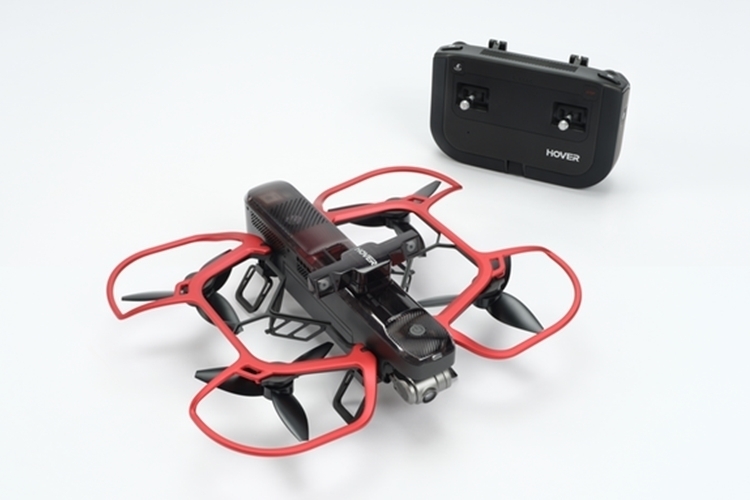 Because of the new AI chops, the drone gets equipped with a whole host of smart features. These include Autoframe, which flies the drone into position, frames the shot, and captures it autonomous, complete with the option to choose whether you want it to shoot the subject full-body, waist-up, backdrop, or bird’s eye view, as well as Omni-Follow, which keeps you always in frame at any angle you like (you can tell it whether you want it to shoot from the front, back, side, or switching constantly). There’s also TrackShot, which shoots you while creating flight paths derived from classic filming techniques (for cinematic-looking shots), complete with cinematic editing tools on the companion app, so you can make your drone shots look professional without having to mess with a PC software. 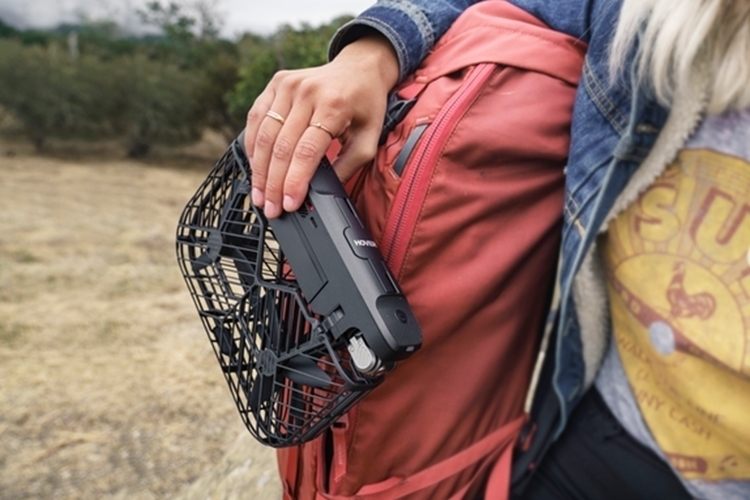 The Hover 2 can shoot 12 megapixel stills and 4K footage at 30 fps, both of which are stabilized by a two-axis gimbal that’s aided by electronic image stabilization. It can also do 120 fps at 1080p, giving you an option for high-action scenes that will probably look real good in slow-mo. Features include two controllers (a single-handed and a two-handed unit), a maximum operating range of 3 miles, 8GB of onboard storage, SD card slot (up to 128GB), and a maximum flight time of 23 minutes. Oh yeah, it’s collapsible, just like the Passport, making it especially useful for bringing out on the road.

A Kickstarter campaign is currently running for the Hover 2. You can reserve a unit for pledges starting at $449.