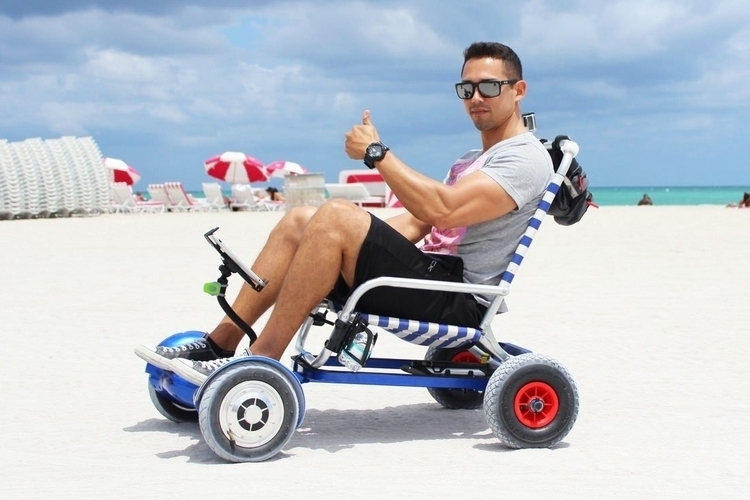 A few years after they first descended upon the earth, the novelty of self-balancing hoverboards have all but worn off. Surprisingly, though, they’re still around, with people actually buying and using them as a less-tiring albeit goofier-looking alternative to walking. The HoverSeat makes the lazy man’s personal transport accessory even lazier.

Instead of standing on a hoverboard’s footpads the entirety of your journey, the accessory allows you to sit on your ass while traveling on your 10 mph toy. Not only are you not walking, you can be sitting pretty the whole way through, effectively turning the two-wheeled toy into a four-wheeled ride-on… hmm… chair. 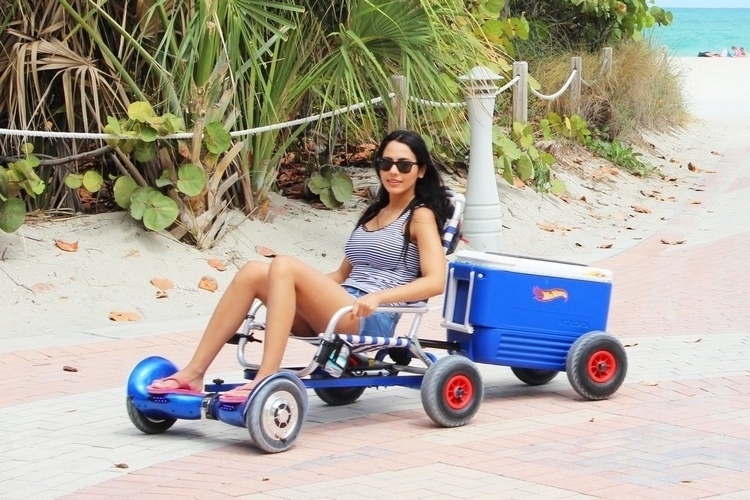 The HoverSeat consists of a lightweight aluminum frame with rear wheels that mounts at the center of the hoverboard using a custom clamp. No seat is included, but the frame has been designed such that it can accommodate a variety of common lawn chair designs (you can strap down the chair to the frame), so you can just pair it with whatever chairs you already have at home. They specifically recommend low-profile folding chairs (you know, the kind you’ll bring to the beach or when camping), so that you can keep the center of gravity low for better overall riding performance, although you can also use anything that fits on the frame and functions as a seat (such as a cooler or a large boombox).

When riding, you control the ensemble the same way you control a regular hoverboard, such as shifting your foot’s weight to turn and stepping off the footpads to bring the whole thing to a halt. According to the outfit, the four-wheel configuration should allow the rig to ride over grass, gravel, and packed sand just as easily as it does on sidewalks and homes. 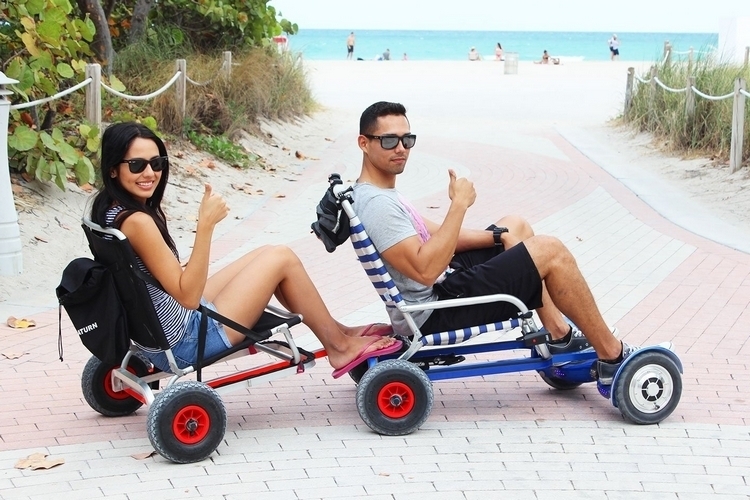 The catch? The HoverSeat isn’t compatible with all hoverboards. Instead, it can only mount on those boards with a wheelbase of either six inches or 10 inches, which should be the most common models, although it would be wise to check yours first before purchasing. It can supposedly handle 230 pound payloads with ease, so anyone short of super heavyweight boxers and other massive individuals should be able to ride one. Dimensions are 31 x 15 x 4 inches, with a weight of 11.6 pounds, so this should be easy enough to throw in the boot of a car along with your hoverboard for assembling later. Mounting the frame to the hoverboard, by the way, takes no more than 60 seconds, with separate clamps included for hoverboards with round and non-round center panels. 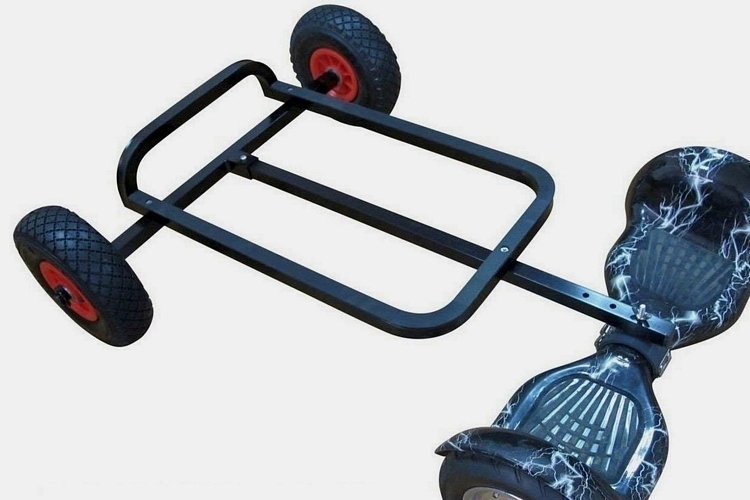 Because it uses a pretty simple frame, users can mount all sorts of things on it on top of the chair, allowing you to customize your ride-on in a variety of ways. As such, you can add a rack in the back for carrying cargo, hook a tow line to drag a kayak around the beach, and even mount an umbrella on there to shield you from the sun. You know, because getting sunburned sucks.

Want one? The HoverSeat is available now.