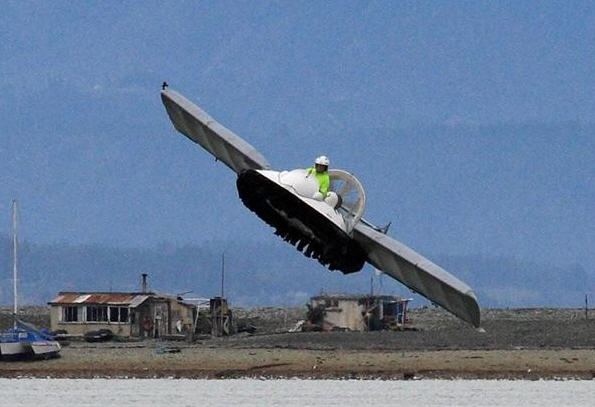 Hovercrafts are awesome.  Because they’re supported by a cushion of slow moving, high-pressure air, they can travel equally well on land, ice and water.  The Hoverwing, a DIY hovercraft by New Zealand mechanic Rudy Heeman, goes the extra mile, hovering well above the water at heights of up to five feet.

What’s so spectacular about this one?  As you can tell from the photo, it doesn’t just hover like a regular hovercraft – it soars.  Even better, it can perform the feat on both land and water.  Both the wings (it has a 23-foot wingspan) and tail (20 feet long) are detachable too, in case you want to use it as a regular watercraft. 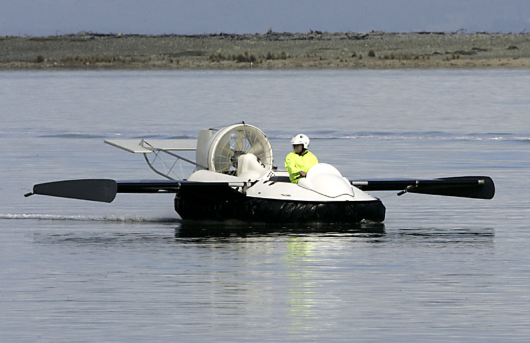 Technically classified as a boat, Heeman says the Hoverwing is actually a WIG (a wing in ground effect vehicle) that’s been built in the form of a 13-foot long hovercraft.   Well, it works exactly like a traditional hovercraft until it hits 45 mph, at which point it goes airborne, running at speeds of up to 62 mph.   It  uses a 100hp 1.8-liter inboard engine (modified from a 2008 Subaru) and fiberglass construction for the body, with a driving range of around 140 miles. 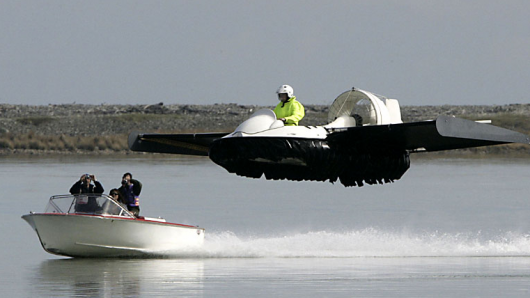 We’re not sure about the rules for a “flying boat” such as this, since I’ve literally never even heard of one.  Do you need to be a pilot, a boat captain or just a regular thrillseeker?  Either way, we know one thing: you’ll be the center of attention anywhere you go.

While the Hoverwing isn’t commercially available, Rudy is selling the very same one that he’s been driving in the pictures.  Yep, a one-of-a-kind flying boat (well, until he makes more, which he probably will) for one lucky bidder.   Link to the auction below.

[Trade Me via Stuff.co.nz]