How To Control Girls With A Joystick 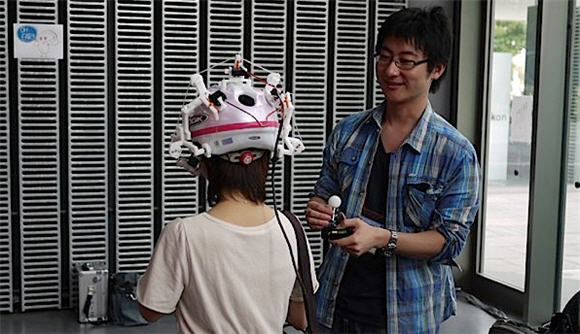 Everywhere else in the world, women control men with their “joystick.”  Not in this dude’s Japanese laboratory, though, where he controls that helmet-clad girl using a joystick-fitted remote.

Unfortunately, it’s not a brain control apparatus…yet.  Instead, it’s a navigational device that lets the operator inform subjects (who wear bicycle helmets with various contraptions affixed to them) where to turn by tugging on their ears.  The mechanism is simple – it pulls on the left ear to make you turn to the left and on the right to go the other way.  It’s insistent, too, and won’t stop until you turn as it asks. 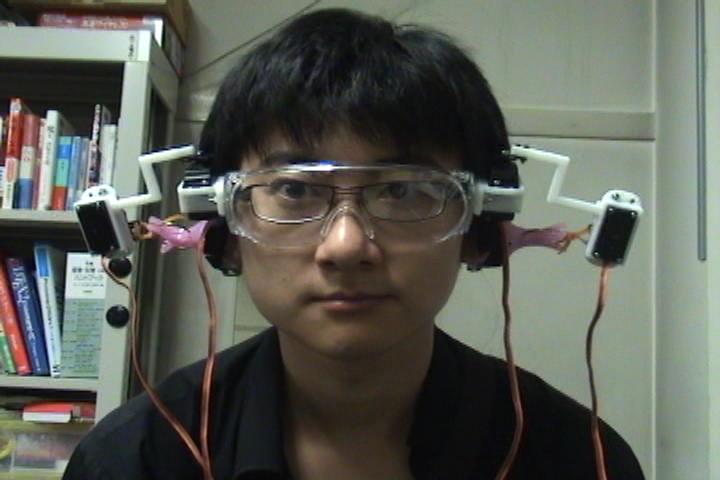 A primitive form of human remote control, creator Kaji Labs claims its designed to help sight-impaired individuals find their way on foot.  It’s borderline ridiculous, but the idea is quite clever: when someone tugs on your ear, you usually can’t help but begin following in that direction.

In its current form, there’s probably little use for this.  Imagine it as an implant, though, and visions of the Apocalypse suddenly come to mind.  You can kidnap an entire group of people, fit them with ear pullers and lead them off a cliff like a bunch of Lemmings.

Scared of the future yet?  You should be.