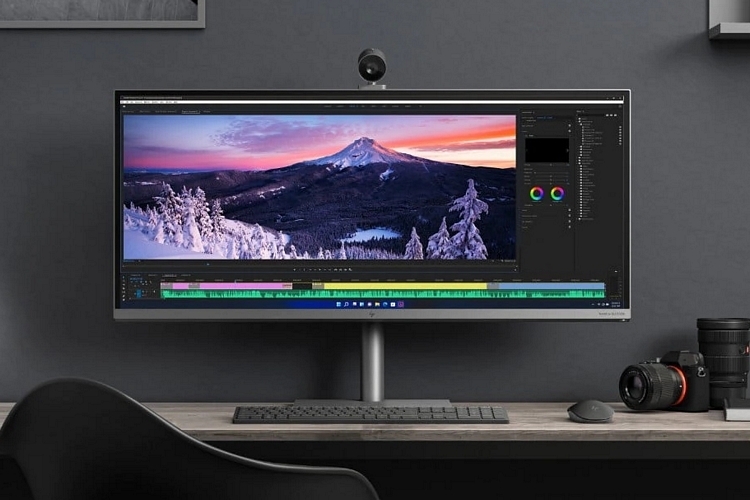 For a long time, laptops have been the best option for a personal work machine, as it gives you all the computing power you need while being easily transportable for working on the road. With many people now doing their work from home, though, going the laptop route might not be as necessary as before. It might be time to look at getting a desktop or, if you prefer something even simpler, an all-in-one machine like the HP Envy 34-Inch All-in-One Desktop PC.

The newest version of HP’s 34-inch AIO PC, the device brings the same widescreen profile and powerful hardware as its predecessor, making it suitable for any kind of productivity task, whether you work with spreadsheets, modeling tools, or video editing software. Unlike it, they swapped out that predecessor’s curved panel in favor of a more standard widescreen display, which, let’s be honest, is a lot more suited for a workspace than the curved ultrawide panels typically used by gaming monitors. 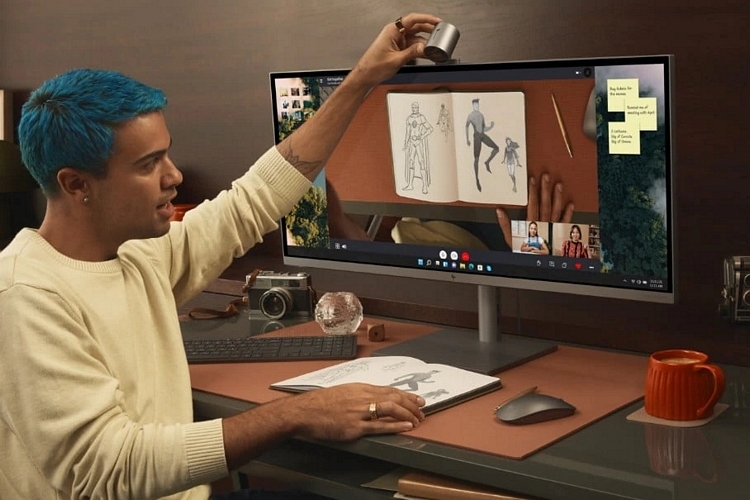 The HP Envy 34-Inch All-in-One Desktop PC has an IPS panel with a WUHD resolution (5,120 x 2,160 pixels), 500 nits of brightness, and 98 percent of the DCI-P3 color space. From the front, it looks like any wide angle monitor, as all the hardware is housed neatly in the back of the enclosure. Unlike the all-in-one PCs of old, this is not an underpowered machine, with the base specs consisting of an 11th-gen Intel Core i7-11700 processor, Nividia GeForce GT 1650 Max-Q graphics (so it’s the laptop version, rather than the larger desktop GPU), 4GB of RAM, and 512GB of SSD storage. Not enough for the VR modeling and multimedia apps you’ll be working with? At the top end, you can go for a Core i9 CPU, GeForce RTX 3080 GPU, 32GB of RAM, and two 512GB SSDs, which should be enough to turn it into a powerful gaming rig.

According to HP, users can get access to both the RAM slots and the SSD bays, allowing you to upgrade both memory and storage as you need. No word on whether you can get access to the CPU or GPU, though, so you’ll probably have to pry something you shouldn’t if you want to get to those slots. 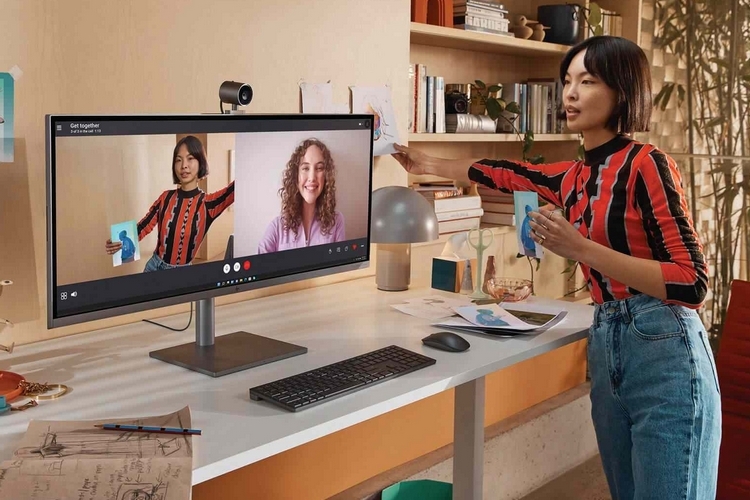 The HP Envy 34-Inch All-in-One Desktop PC includes a magnetic webcam that can be mounted on any part of the monitor’s edges, so you can place it on the top, sides, bottom, corner, or anywhere else, depending on the angle you want. Heck, you can have it facing the wall behind the PC if you want some privacy. The webcam has a 16-megapixel sensor, IR camera function, and dual-array digital microphones, too, making it quite the feature-packed video calling solution, while dual speakers tuned by B&O provides the sound. 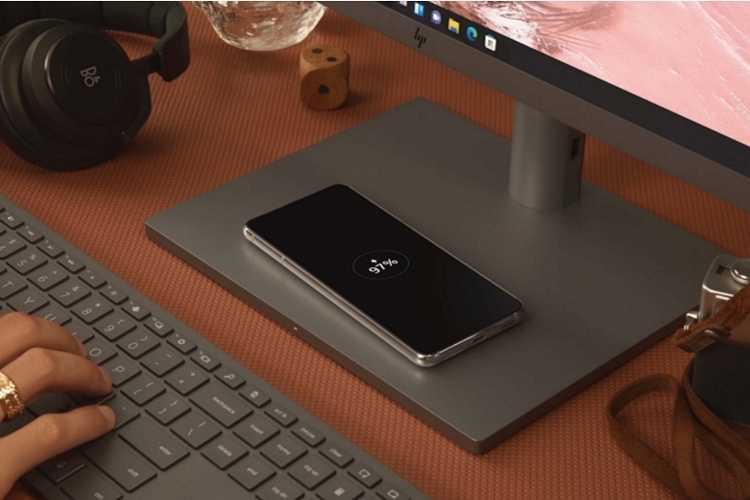 It has a metal stand with an ultra-wide base that also contains two USB-A ports and one USB-C port, making it easy to plug in accessories to the computer, as well as an embedded Qi-compatible wireless charging pad. Around the back, it gets four more USB-A ports, two Thunderbolt 4 slots, and an HDMI out. Other details include an embedded power supply, a built-in thermal system, and Windows 11 preloaded.