HTC RE Is Hands-Down The Goofiest-Looking Action Cam Ever 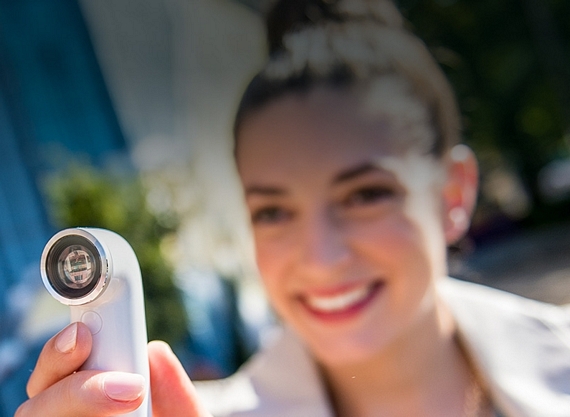 We’re not exactly sure what inspired the design of the HTC RE, the Taiwanese company’s newly-announced entry into the action camera market.   Whether it’s a periscope, an asthma inhaler, or some other object, it’s definitely a unique take.  Sorry, Polaroid Cube, someone just did you one better in the “cute and just a bit goofy” department.

But why does it look like that?  We’re guessing so you can easily hold the camera by hand in a way that would require an accessory if you were to use a GoPro or some other action cam.  Plus, it gives the lens a decent height, so you can set it down on a table or shelf for a shot with no need for an extra tripod. 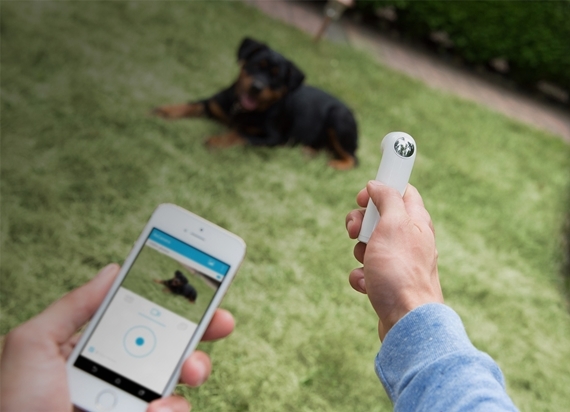 The HTC RE has a grip sensor that allows it to switch on as soon as it is grabbed, with a large shutter button on top controlling the action (one press snaps an image; press and hold starts a video recording) and a smaller button in front for slow motion mode.  It uses a 146-degree super-wide angle lens through which it can record 1080p video at 30fps and 16 megapixel stills, which it saves on the easily-replaceable SD card (it comes with 8GB built in, but the slot supports up to 128GB).  There’s no viewfinder or screen anywhere on the device, but you can pair it with a phone to frame shots and play previously recorded videos.  Connectivity options are generous, with Bluetooth, WiFi, and WiFi Direct all supported, although the battery is a little paltry at just 1 hour and 28 minutes of 1080p footage. 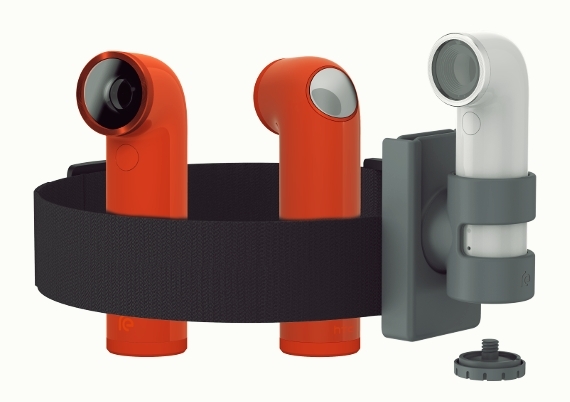 Like most new generation action cams, it has a watertight case that lets you use it to record underwater adventures.   Naturally, HTC is going to be releasing it with a whole bunch of accessories, including a clip-on mount, a suction mount, and an extended battery that attaches to the bottom, giving you an even longer handle.

Scheduled to ship end of October, the HTC RE is now available for preorder.  Price is $199.