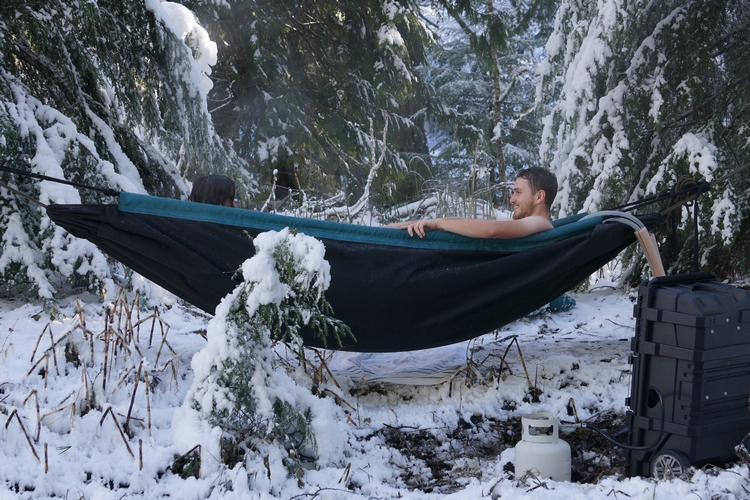 We’re not entirely sure how you’re supposed to hang the Hydro Hammock in your bathroom, since it’s not a permanent fixture like that Vessel luxury bathtub/hammock we’ve previously seen. But if you can figure it out, you can enjoy the pleasures of a bath tub suspended in mid-air right from the comfort of your abode.

Of course, the Hydro Hammock is intended for use outdoors, rather than inside the house, giving you a way to chill out in a suspended bed, while soaking in warm suds at the same time. Whether you’re just killing the weekend in the backyard, soaking in the sun at the beach, or roughing it up at a favorite camping spot, this thing should add a fresh dimension to relaxing that you’ve never experienced before. 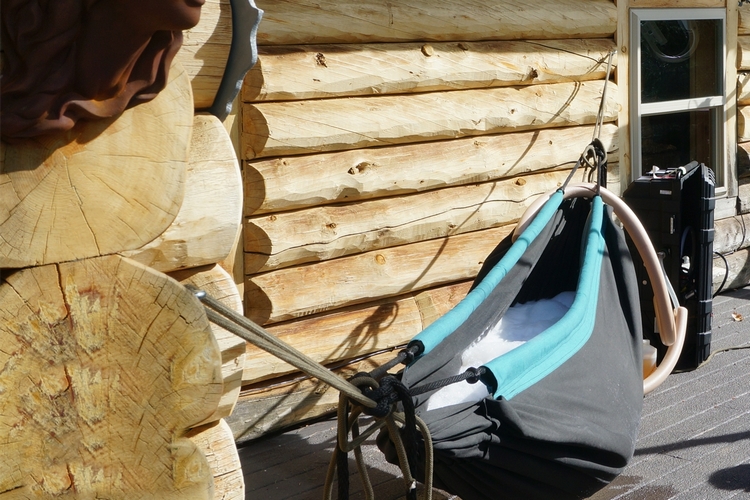 The Hydro Hammock is made from a sealed, high-tensile-strength synthetic fabric to ensure it can both hold in the water, as well as support the excess weight its bound to endure. It can carry up to two adults with 50 gallons of water in tow, although only 20 gallons should be enough to give anyone a satisfying bath (yes, that means you can try fitting in more people… I think). Because of the amount of weight it’s going to bear, we suggest finding somewhere seriously sturdy to tie the thing onto, like a large tree bark with the tightest knots your chubby fingers can muster. An included portable LPG-based water heating system allows you to keep the temperature at a satisfying level of warmth, although you can always just bear the cold if you’d rather pack light. 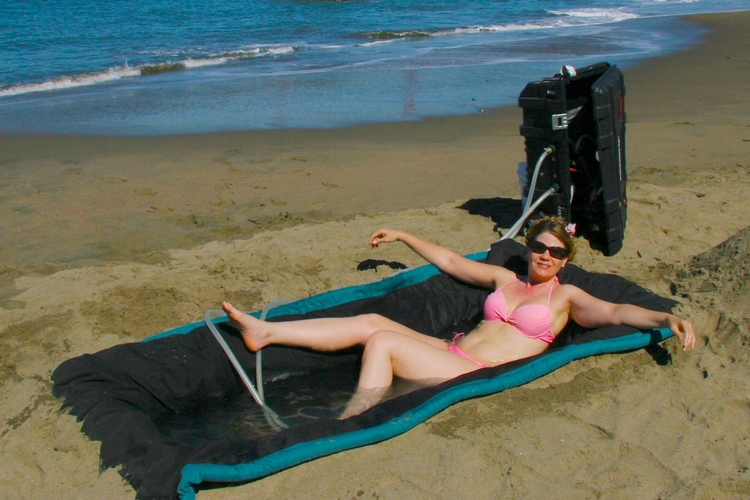 A Kickstarter campaign is currently running for Hydro Hammock. Pledges to reserve a unit starts at $260.