HydroBOB Is An Underwater Scooter Ride 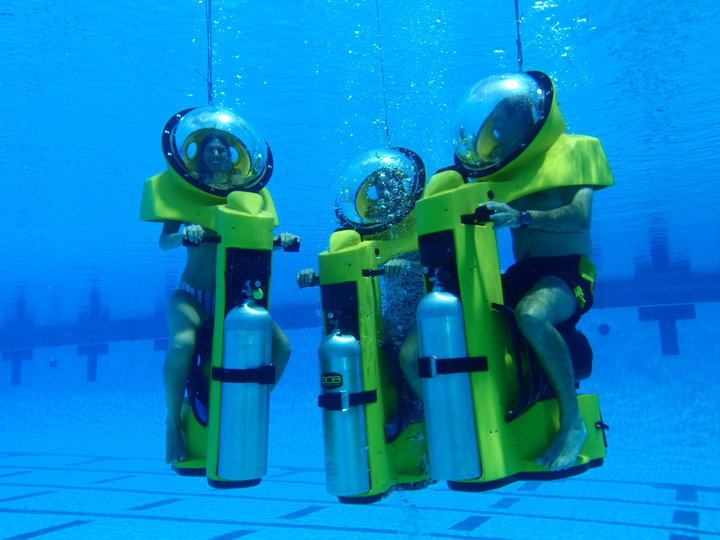 Remember riding on bump cars when you were a kid?  The HydroBOB (Hydrodome Breathing Observation Bubble) is somewhat like that, except you’re taking the reins on a scooter-like vehicle that you ride at the bottom of a swimming pool.

Designed to give non-divers the experience of moving underwater, the setup consists of a scooter-like watercraft tethered to a harness, so you’re never in any danger.  Squeeze the trigger on the steering handles and you’ll begin moving in the water, taking laps around the pool to your heart’s content. 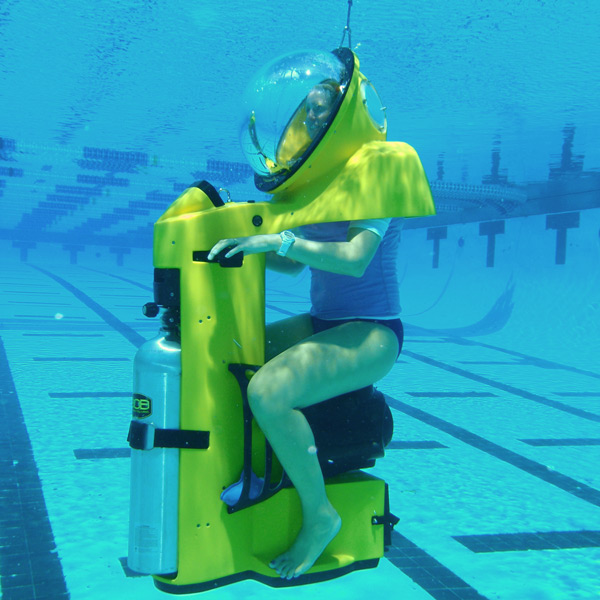 Since the vehicle itself is open, you’ll need to wear the accompanying headpiece, which encases your upper extremity in a large bubble glass affording you 180 degrees of clear view.  The headgear is attached to an oxygen tank, so you can breathe comfortably while driving around on your one-man submersible.  Your hands can actually get inside the bubble, too, so you can pick your nose and remove leftover food from your teeth whenever the need arises.

Aside from the underwater ride, they throw in the occasional robotic sea creatures (I’m hoping for a mega-shark and giant octopus, although, they don’t appear to be in the list of attractions) to vary things up.  After all, watching pool walls and other riders can get boring after a while.

The HydroBOB is available at the Hydrodome in Ft. Lauderdale, Florida.  One hour bookings (which include a 10-minute introductory class and video) are available for $25 (ages 10 and above).  Now, if only someone can begin offering this in the middle of the ocean…