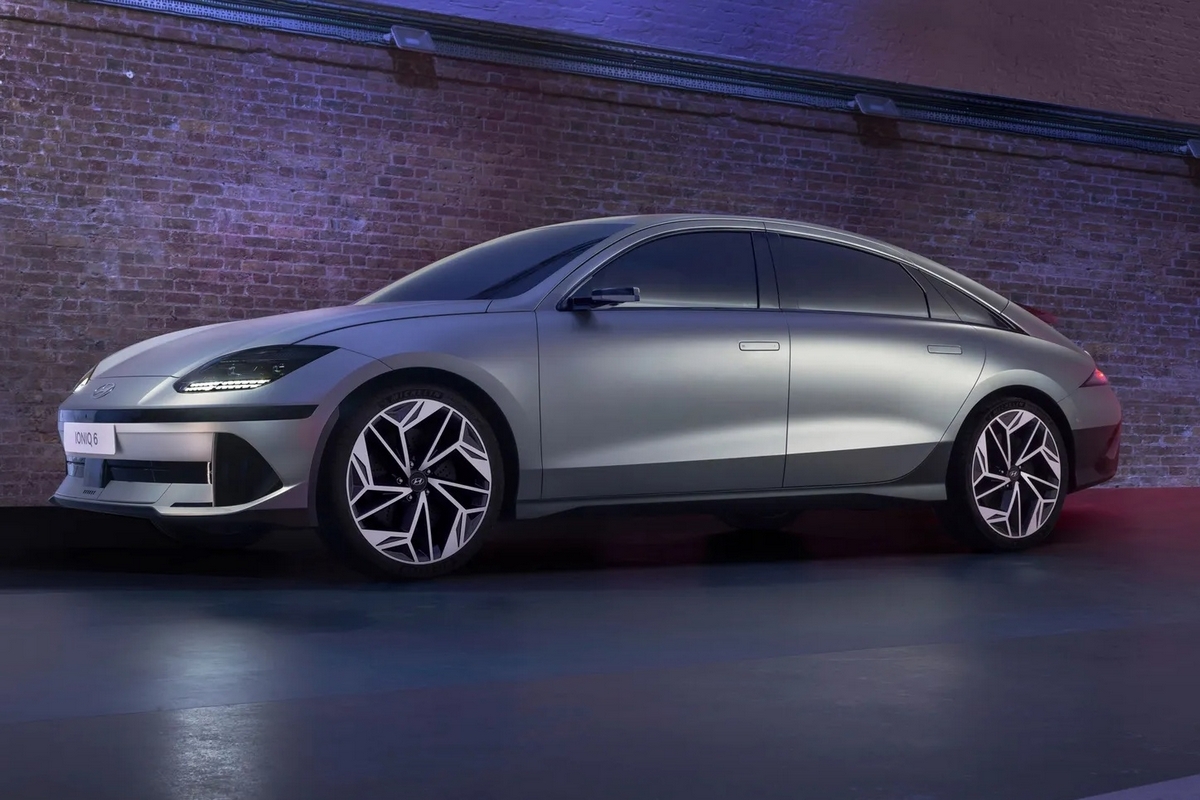 Last year’s Ioniq 5 crossover made it loud and clear that Hyundai was making a strong play with its all-electric range, instantly becoming a favorite among automotive fans. It seems the outfit will continue to impress this time around with their all-electric sedan in the form of the Hyundai Ioniq 6.

Just like last year’s SUV, this year’s sedan is an absolute looker, despite embracing completely different aesthetics. While the SUV regaled in its sharp lines and angles, the sedan is all about the curves, with an overall feel that will likely have you mistaking it for a Porsche than anything else. Seriously, you could have told us that car in the pictures is a four-door Porsche and we wouldn’t have raised any questions. 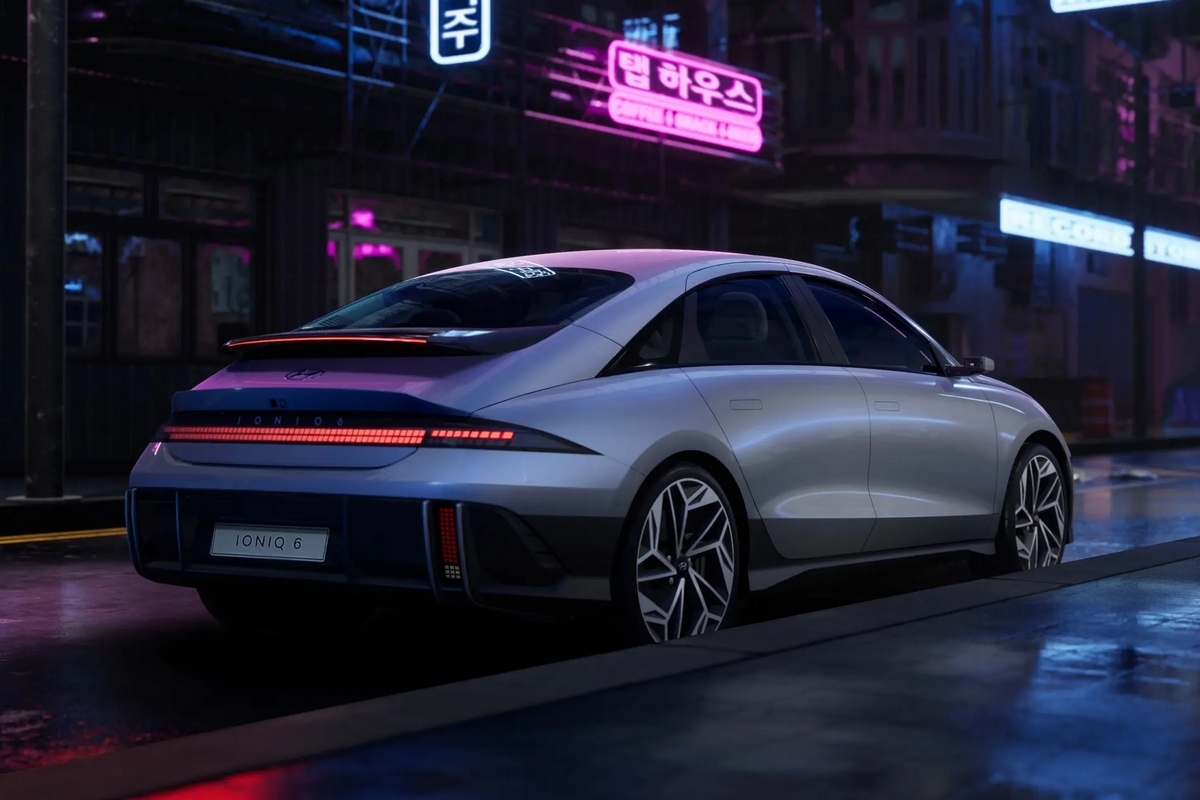 The Hyundai Ioniq 6 isn’t just aping the bubble car look for pure aesthetics, either. Instead, the single-curve profile makes it one of the most aerodynamically efficient cars, posting a drag coefficient of just 0.21 (just slightly behind the EQS’ 0.2, which currently makes it the world’s most aerodynamic production vehicle). Aside from that, it also has additional aerodynamic features, such as active air flaps out front, wheel gap reducers, and slimmer digital side mirrors, all of which should help beef up its range. Sadly, the outfit doesn’t have any performance data for now, but we imagine all those touches should help it get plenty of mileage from its onboard battery.

Around the back, it gets an elliptical wing-inspired spoiler with winglet, a slight boat tail structure, and separation traps on both sides of the rear bumper. The undercarriage also gets a full cover, complete with optimized deflectors and reduced wheel arch gap, showing just how much priority they’ve put in improving the car’s overall aerodynamics. 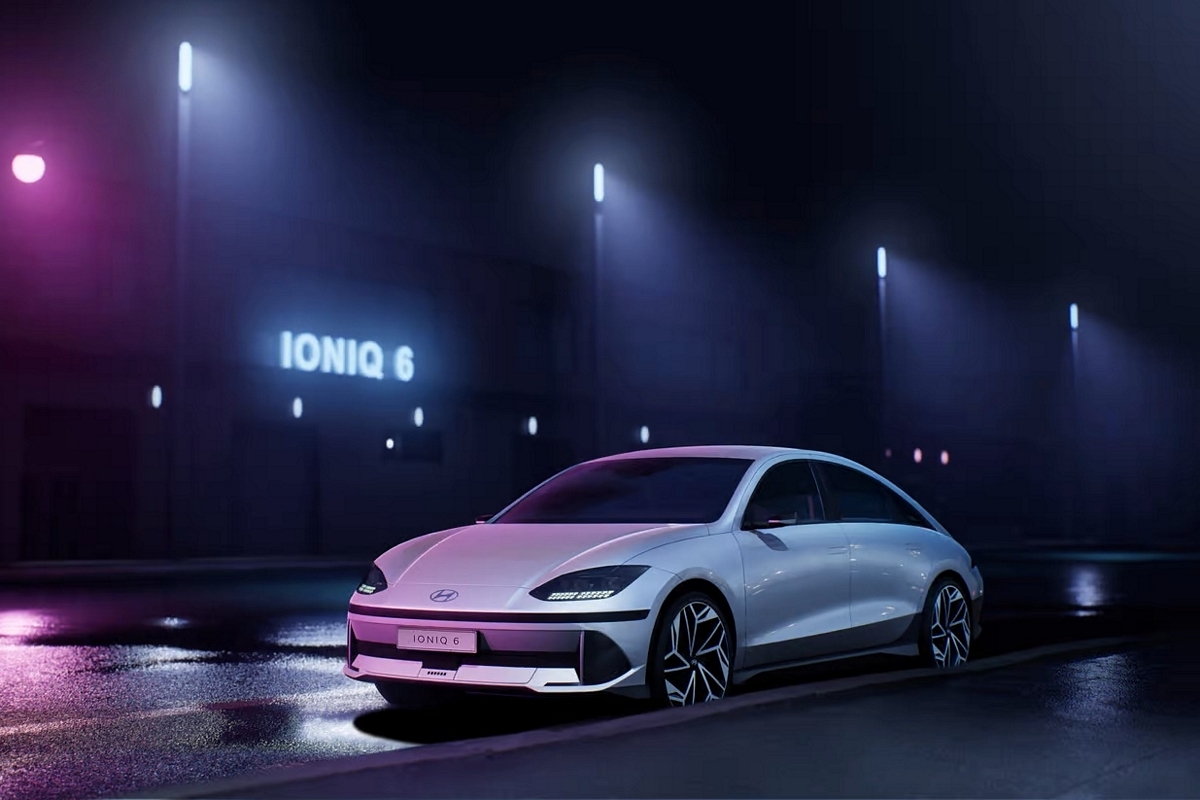 The Hyundai Ioniq 6 doesn’t have any details revealed about the motors or battery it will be running on. However, it is built on the same E-GMP architecture as the Ioniq 5, so it should have the same 800V battery, super-fast charging, and “vehicle to load” capability that lets you run electrical items off the onboard battery, all while offering similar motor options as the SUV (single rear motor or dual front-and-rear motors). For now, though, the outfit just wants us to admire this aerodynamic marvel, with the later specs announcement hopefully getting us even more excited for what it has to offer. 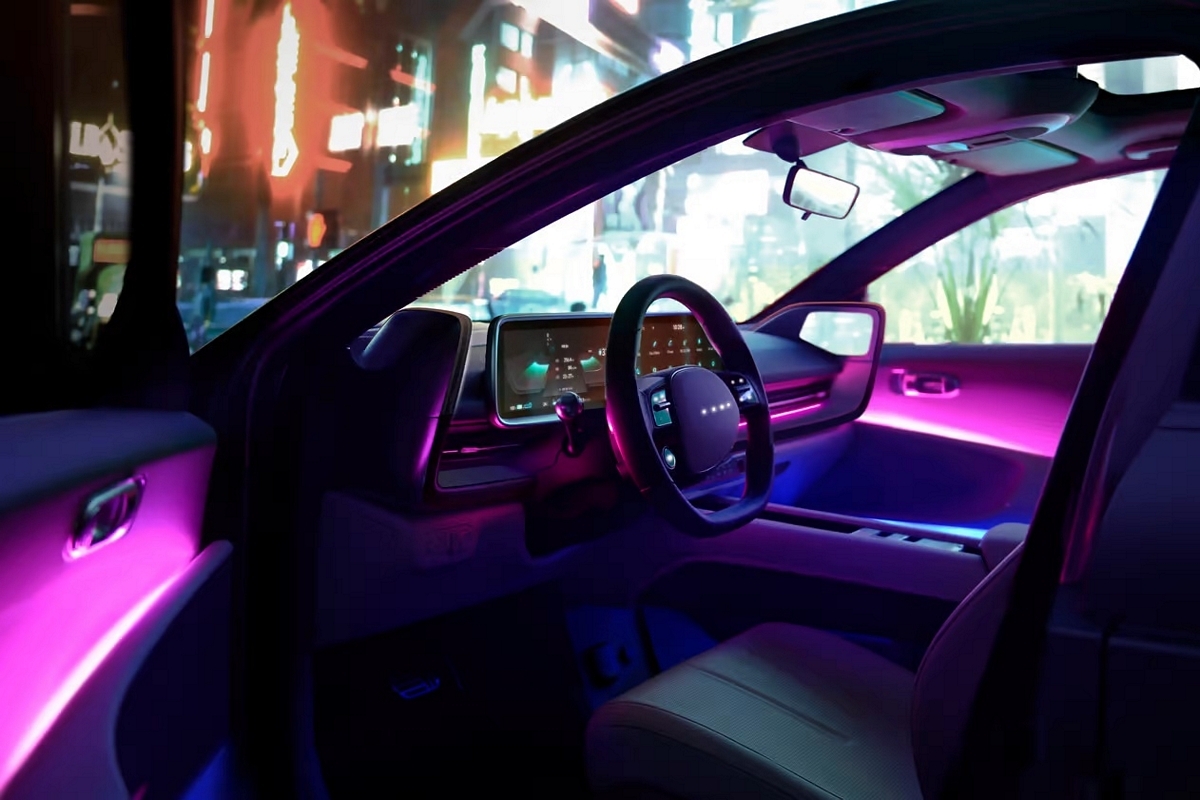 What Hyundai did show off is the car’s interior, which is tastefully uncluttered with minimal screens and switchgear. There’s a digital dashboard that combines two screens, a 12-inch infotainment touchscreen display and a 12-inch digital cluster, with a bridge-type center console providing convenient storage. The interior has a flat floor, too, making it ideal for setting down your devices while charging. If you like fancy in-car lighting, you’ll love what they have here, with six dual-color themed lighting options and a Speed Sync mode that can change the brightness of the interior lighting to match the vehicle’s speed. 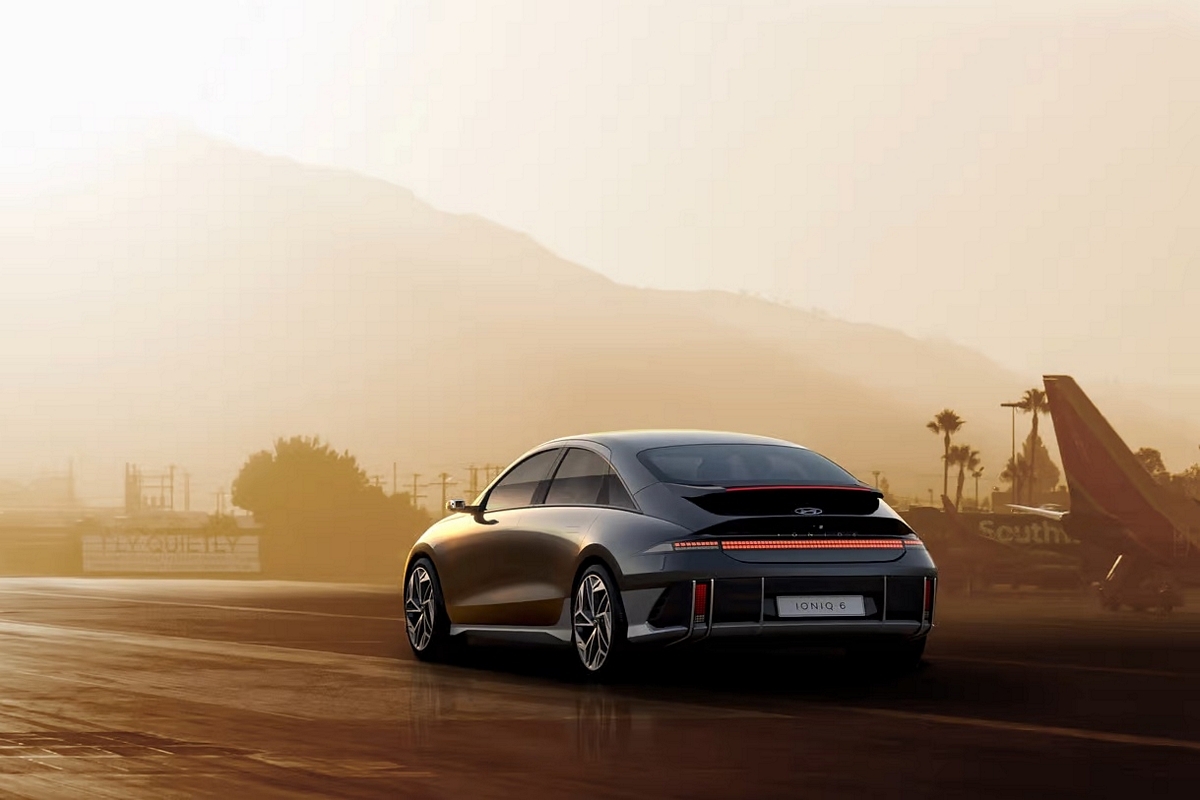 The Hyundai Ioniq 6 will get its full launch next month. For now, you can whet your appetite even more from the video below.