IBM Watson Impresses At Jeopardy, CPUs Overheat By End Of It 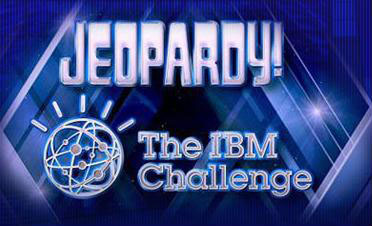 Just kidding about the CPU part. Watson started off pretty good. For a few first minutes, I thought it might just destroy the previous Jeopardy champions. But then the robotic weirdness started kicking in. Some of Watson’s answer were kinda funny. One of the question was “It was the anatomical oddity of U.S. gymnast George Eyser, who won a gold medal on the parallel bars in 1904”. Ken answered “What is he only had one hand”. Ken was wrong. Then Watson took a shot at it and answered “What is leg”. But correct response was “What is he is missing a leg”. It was as if memory leaks were kicking in.

But wait, it gets better. Next answer was “The first modern crossword puzzle is published and Oreo cookies are introduced” . Ken responds first with “What are the 20’s” but he is wrong. Then Watson jumps in and responds with “What is 1920’s”. Watson is not only wrong but also gets sarcastic roll of the eyes from other contestants.

But Watson won our hearts by answering last question of the day correctly with “What is Sauron?”.

Watson is definitely an impressive achievement as its not just about IBM hardware but also the complex software and algorithms involved. Can’t wait to see more of Watson in action on the coming episodes.