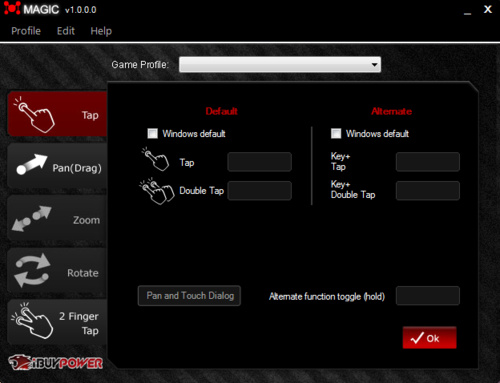 Got so used to playing on your iPad that you just can’t return to the old mouse-and-keyboard when you get on a regular computer?  Bring the same multi-touch controls to the PC with MAGIC (Multi-touch Advanced Gaming Interface and Control), a new software that lets you tap, pan and slide your way into any practically any game running under Windows 7.

Created by PC builders iBuyPower, the software lets you map keystrokes and mouse clicks to multi-touch gestures, allowing you to control Starcraft II, Warhammer 40,000 and C&C 4 with your fingers.   We’re not sure how well games meant for mouse and keys will translate to touch controls, but it sure sounds fun to try. 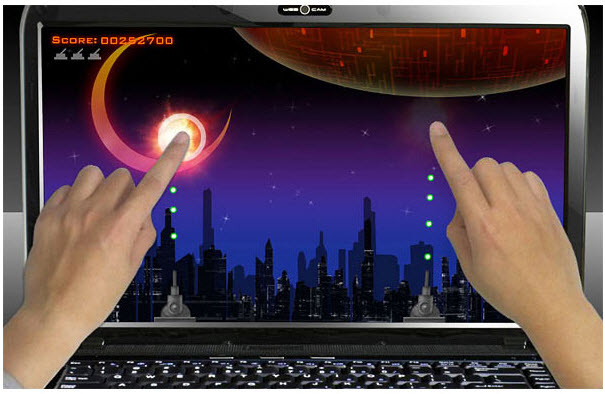 Despite the wizardly name, MAGIC won’t magically turn any PC into a pseudo-tablet computer.  While something like this should theoretically work with any Windows 7 (which has decent multi-touch capabilities, by the way) PC paired with a multi-touch monitor, iBuyPower is restricting it (at least for now) to the people who purchase one of their Battalion Touch line of gaming notebooks.

While I’ve never seen the actual software (it’s a restricted but free download), the settings screenshot looks simplistic, so I’m not sure how much depth of controls this can deliver.  My guess?  Probably not a lot.  Still, shooting enemy soldiers in the face in Bad Company 2 with my finger right on that busted face sounds like an entertaining idea.  Plus, the demo of MAGIC on Youtube (multi-touch Supreme Commander 2) looks awesome.  Check it out below.