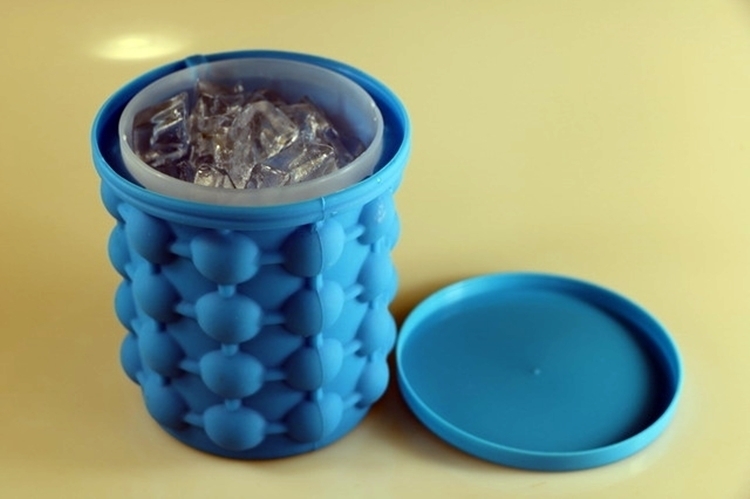 Using ice cube trays to make ice in the freezer is fine and all, but it’s hardly efficient. I mean, a single tray takes up a huge amount of freezer surface while making a mere dozen cubes that you can probably go through in just a few drinks. The Ice Genie offers a more efficient alternative.

Sporting a bucket form factor, the ice maker takes up minimal space in the freezer, all while holding up to 120 ice cubes at a time. Seriously, that’s the equivalent of 10 ice cube trays, all while taking up a footprint comparable to a small tub of ice cream. 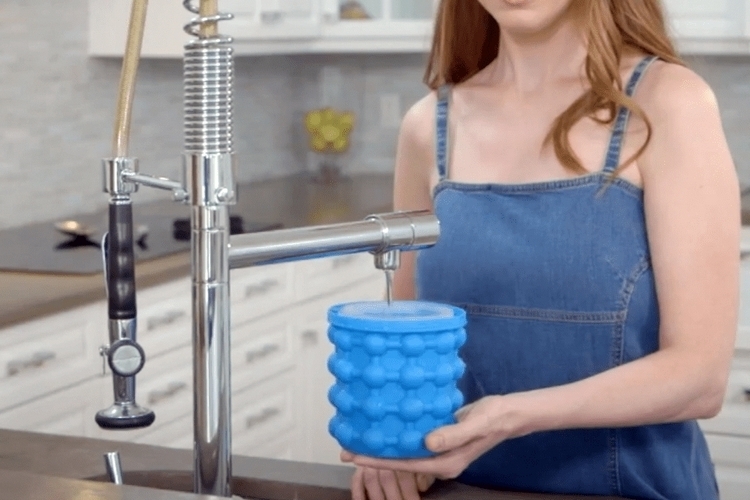 The Ice Genie consists of two main parts: an outer chamber and a removable inner chamber. The former makes the ice while the latter serves as an ice bucket where you can dump the ice as soon as it freezes, allowing you to make another batch while the finished ice cubes sit there, ready to be used. To make ice, simply place the inner chamber inside the outer unit, then fill it up with water via the narrow gap on the edge between the two components. From there, you just put it in the freezer and wait.

The outer unit comes with visible bumps on the body, which are actually the sections of the unit where ice cubes form, while the inner unit keeps the water from spreading all over the interior, helping it stay on the outer chamber’s walls so it can form into ice cubes. Once ice is formed, you simply remove the inner unit and squeeze on the outer unit to force the ice cubes out of the individual chambers and into the interior. You can keep the ice there or transfer it to the inner tub, where it can sit, waiting to be picked up to chill your favorite refreshments. 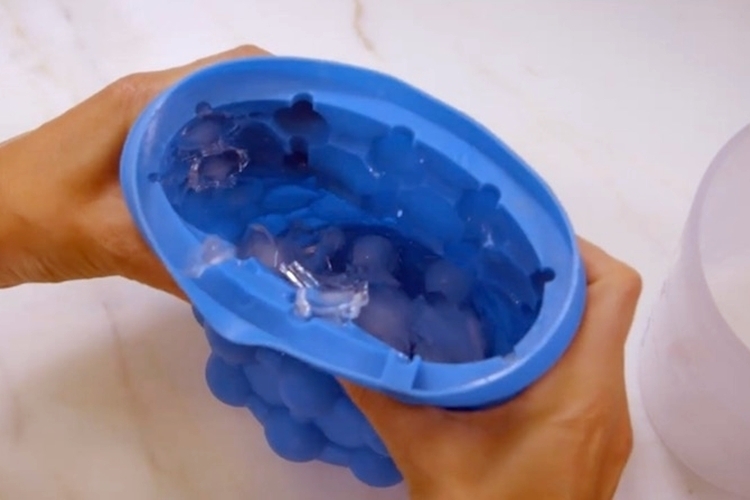 The Ice Genie comes with an air-tight lid that you can screw on before placing in the freezer to keep your cubes odor-free, regardless of what kind of nasty shit you’re keeping next to it in the freezer. From what we can tell, the tub should be able to make around 40 ice cubes in one go, which, on its own, is a huge upgrade from what you can make using regular ice trays. Do note, the cubes do look they’re on the smaller side, so you might end up using more than what you’ll normally use with regular ice cubes. 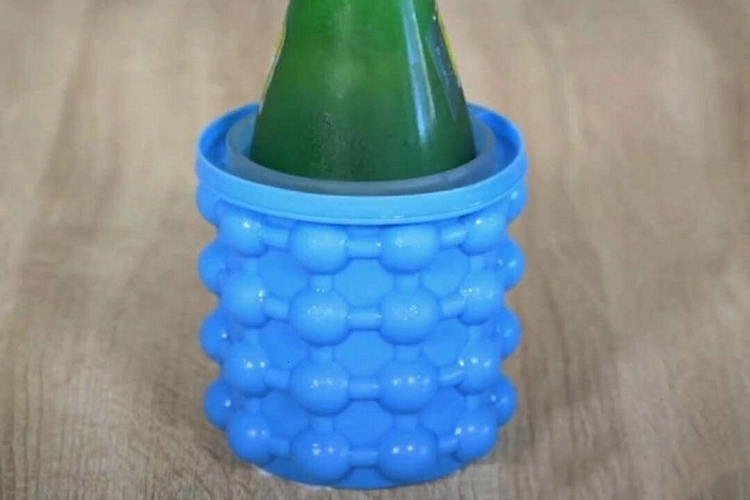 Since the ice maker comes in a bucket shape, you can serve the ice right on the same container – just set it down on the table with a pair of tongs and you’re set. Like a regular ice bucket, you can also chill drinks on the ice maker, so it’s a lot more versatile than those old ice trays you’ve been using. All parts, by the way, are made using BPA-free materials, so this is perfectly safe to consume. It’s also dishwasher-safe, so you can throw it in with the rest of the dishes to clean up.

The Ice Genie is available now. 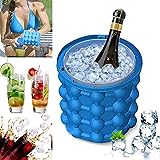