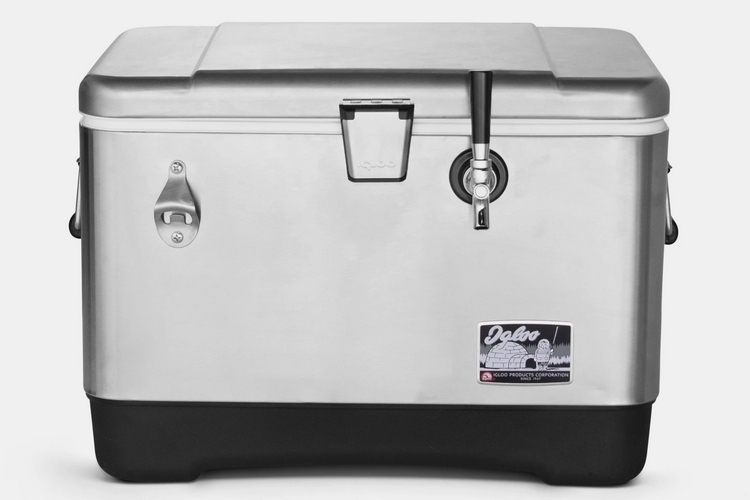 If you enjoy pouring your beer from a tap during parties at home, chances are, you’re familiar with jockey box systems. You know, those coolers you hook up to a keg to chill the beer as it passes through a length of coil submerged in ice inside the cooler. If you prefer your jockey boxes with the same proven durability as some of the best coolers out there, you just might be interested in Igloo’s Kegmate 54 Jockey Box Cooler.

A jockey box from one of the most trusted name in coolers, it’s billed as a “more convenient and sleek solution to keeping the keg beer cold.” Whether you want beer on tap at a backyard get-together, a tailgate party at the local stadium, or a chill Friday night playing poker with the buds, this thing should provide a convenient way to keep the cold suds flowing. 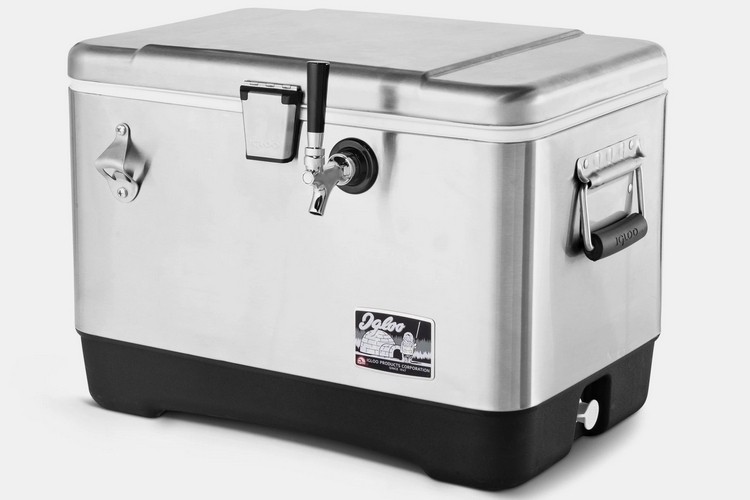 The Igloo Kegmate 54 Jockey Box Cooler is a single faucet jockey box, so you only get a single set of coil inside (120 feet), giving you plenty of room inside the 54-quart compartment. That means, you should be able to fit a whole lot of ice inside, allowing you to keep everything icy cold for much longer periods. Having all that empty space means you can also chill other drinks in the cooler, so you can chill juices, sodas, and whatever else your party is going to enjoy.

Construction is stainless steel for the most of the rig, including the cooler, the coil system, and swing-up handles, so this should hold up durably, no matter how rowdy the party. The faucet, on the other hand, is cut in chrome just to add a little more premium feel every time you draw up another pint of beer. 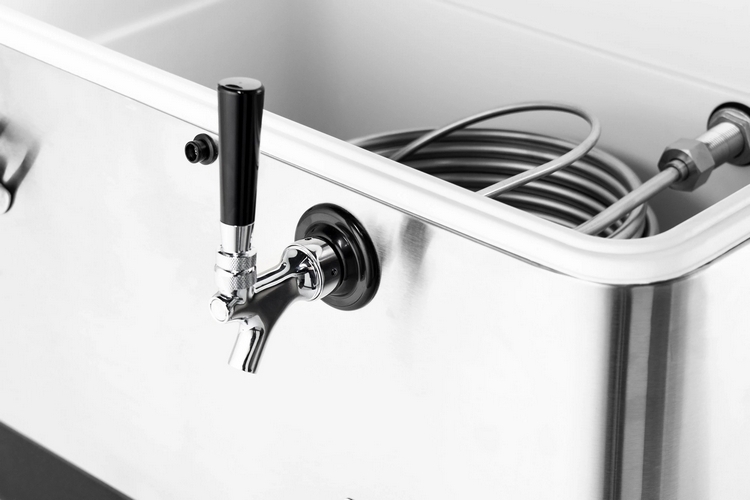 The Igloo Kegmate 54 Jockey Box Cooler uses the outfit’s UltraTherm foam insulation and Cool Riser technology, which should allow it to keep ice for much longer than any party you’re putting together is going to last. A latch secures the lid to make sure the cold air doesn’t escape, while an elevated non-metallic base promotes airflow under the cooler for even better cooling performance. In case you want to use it as a regular cooler, by the way, you can remove the coil inside and fit up to 85 12oz cans, so this can be a pretty good cooler for more conventional uses. Granted, the stainless steel construction means it’s probably heavier than your traditional rotomolded plastic ice boxes,  but if you’re carrying coolers that fit those many drinks, you’ll probably putting up with heavy weights anyway. 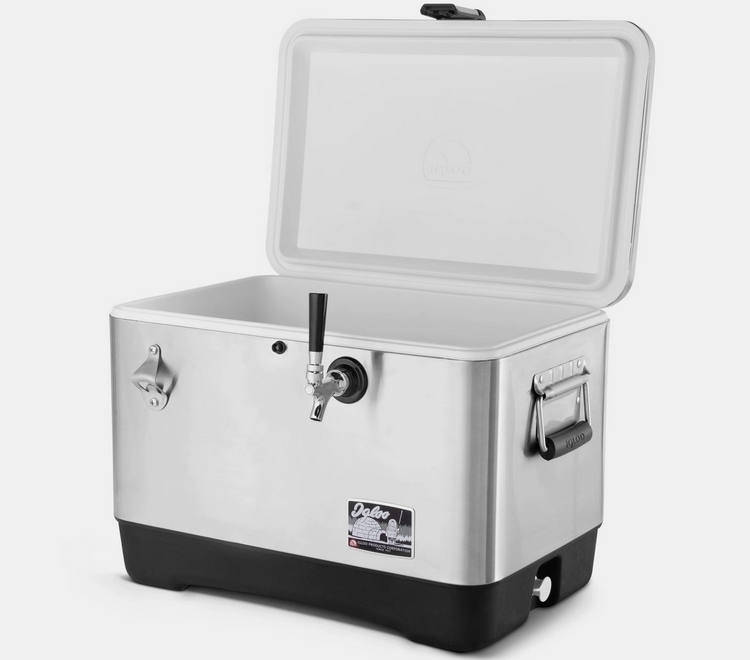 Using it, by the way, is no different than other jockey box coolers in the market. You have to hook up the keg situated outside the cooler, use the tap to get the beer to start flowing, and dump a ton of ice to chill the beer running inside those coils. From there, you just have to test to see when the beer is sufficiently cold and you’re good to go.