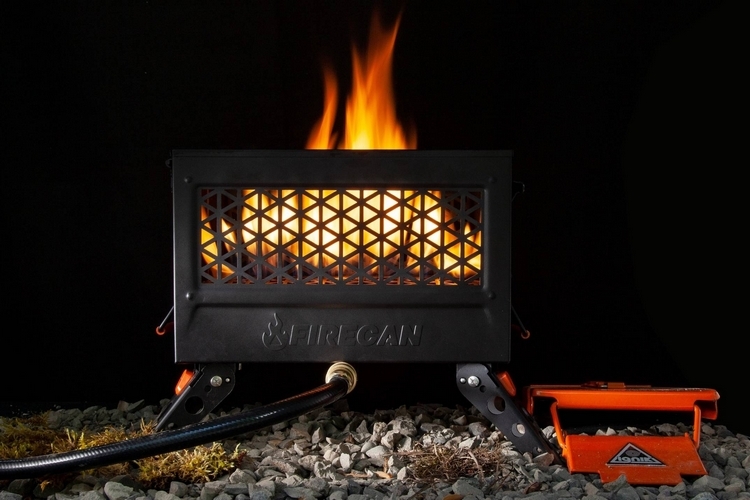 Gathering around a campfire? Fun. Using one of those portable smokeless fire pits? Even better. Problem is, wood-burning campfires aren’t exactly allowed in some parks, beaches, and camp sites, so you’ll need something else if you want to stay toasty during a chilly night. The Ignik FireCan offers a wood-free alternative.

A propane-powered fire pit, it gives folks a way to gather around a flickering flame without having to burn wood, minimizing the risk of wildfires and generating just a fraction of the emissions of wood-burning fires. It’s safer, it’s more convenient, and a whole lot cleaner, all while sparing you from running afoul of local ordinances in areas where burn bans are in place. 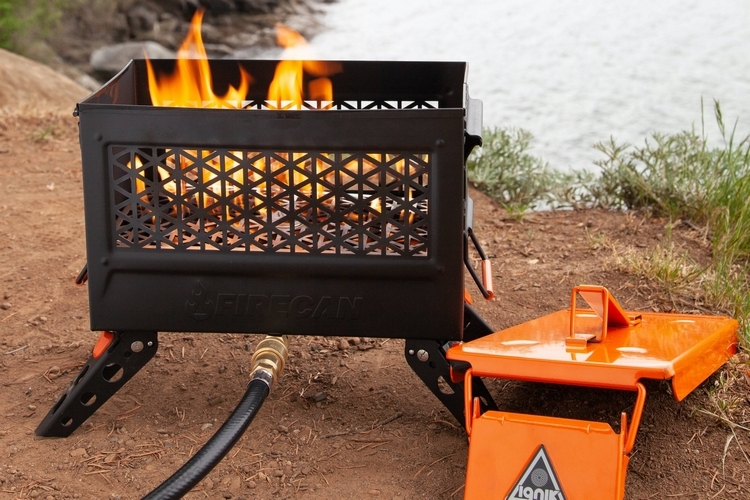 The Ignik FireCan consists of a heavy-duty steel box with a profile that’s based on the design of ammo cans, making it suitable for hand-carrying around the campsite, squeezing in the boot of the car, and stashing in a cabinet at home.  To use, simply hook it up to your propane can via the included hose and quick-connect adapter, then flick the power switch to easily turn the fire on. That’s right, this thing starts a fire as easily as your favorite camp stove, sparing you from the usual hassles of starting fires with kindling, growing it, and keeping it going by adding wood fuel. According to the outfit, it’s compatible with both 5-pound and 20-pound propane tanks, as well as the outfit’s reusable Gas Growler.

During use, the mesh grilles across all sides ensure heat is able to spread out in every direction, allowing you to gather around it and get warm like you would in a regular campfire. Those same grilles should let you see the fire, too, in case you find the sight of that relaxing. And because it’s propane-fueled, there are no flyaway debris and smoldering ashes to worry about, making it a lot safer to stay closer to the fire than traditional campfires, while leaving no residues you’ll have to throw away after you’re done. 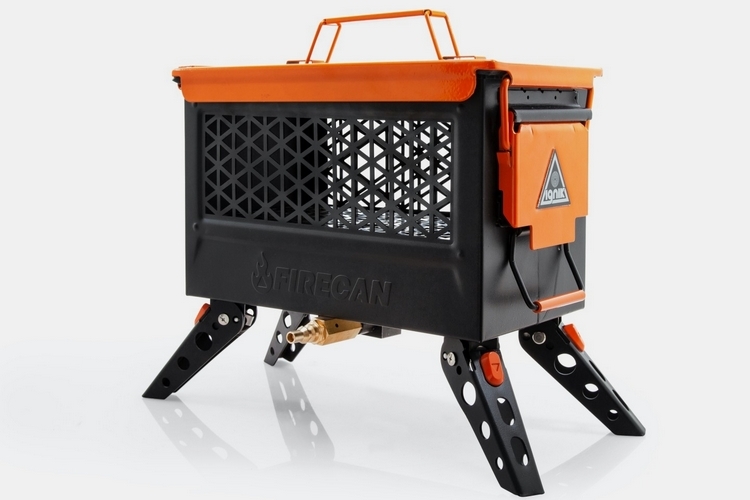 The Ignik FireCan has a tempered powder-coated finish, so it should hold up both to the elements and the high temperatures it’s going to be subjected to during use, while fold-out legs elevate the vessel’s floor above the ground, so it won’t burn even the ground directly underneath it. According to the outfit, it’s designed to CSA and UL safety standards, making it viable for use in areas with burn bans in place, provided they allow the use of contained propane flame.

It comes with a metal lid that locks on the sides, so you can use it as a storage container when the fire pit is not in use. That lid comes with an integrated handle, too, making it easy to carry for moving around the campsite. Dimensions are 12 x 7.5 x 6 inches (height x width x depth), making it small enough to carry even during hikes. Plus, the fact that it’s essentially a mesh container means you can use it to hold gear and supplies.