Iguana 29 Boat Comes With Tank Treads For Lumbering On Land 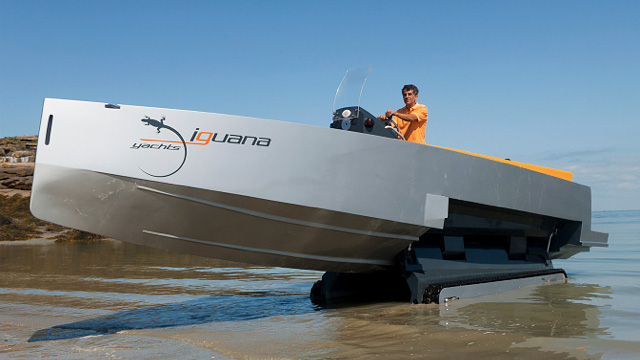 My dream is to own a pirate ship that can drive up to the sand so my buccaneering crew of misfits can park next to rich people’s beach houses when we loot them.  It makes for a more intimidating visual than leaving the boat in the water and swimming up to shore.  While the Iguana 29 isn’t quite as big as the pirate ship in my fantasies, it will most definitely do.

Developed by Antoine Fritsch and Tanguy le Bih, it’s an amphibious boat that looks every bit as badass as I imagined my evil pirate battle ship to be.  Heck, it looks like a regular boat on water and a monster tank on land — doesn’t get any better than that. 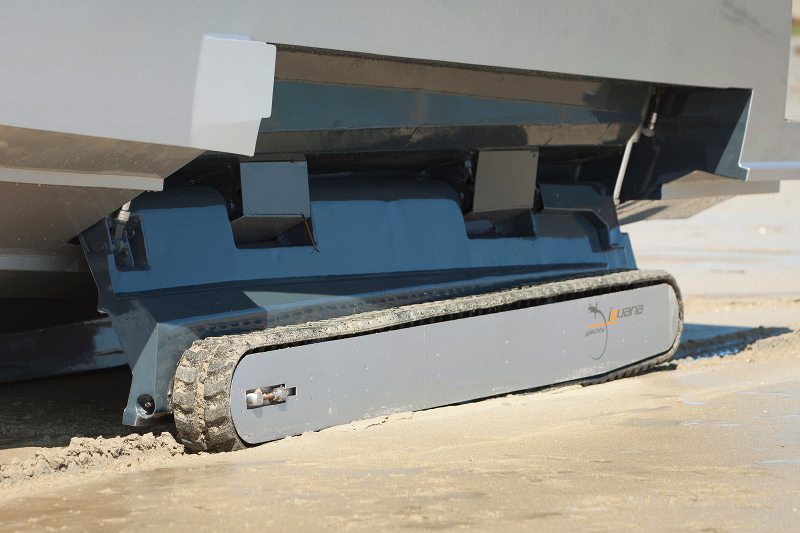 The Iguana 29 is a 10-seater motorized boat that’s equipped to run on both land and sea.  Measuring 29 feet long and 8 feet tall, it can ride up to ten people, allowing you to bring a decent-sized pirate crew with space for all the treasures you’ll be stealing.  Plus, it comes in both outboard and hybrid versions, so even eco-friendly pirates can join in the fun.

On the water, it’s a high-performance vessel that can run at speeds of up to 35 knots even in rough conditions.  What makes it special, though, is its ability to travel on land.      Equipped with caterpillar treads that can be activated for land use, it can lumber over any terrain at speeds of up to 5 mph.  According to the company, the slow speed is meant to minimize the vehicle’s impact on the ground, which they claim is even lower than the ground pressure exerted by humans. 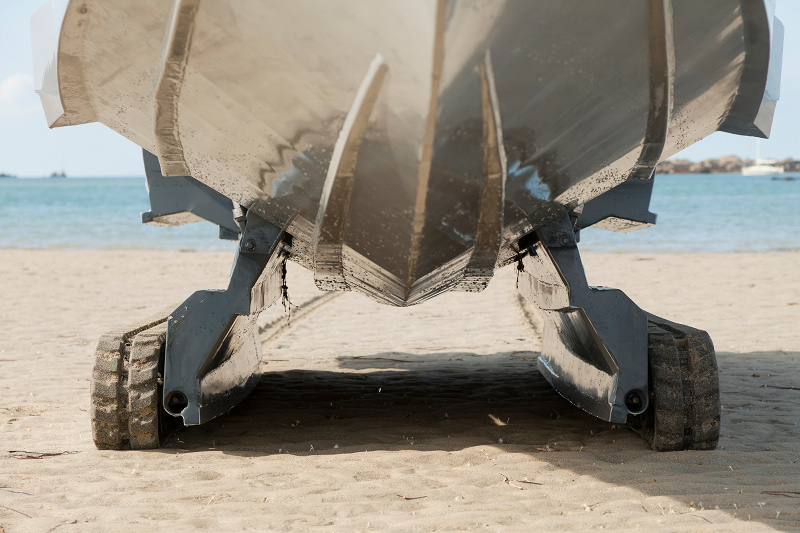 From the looks of it, the Iguana 29 will make for an ideal boat for beach-hopping parties.  If things are looking dead in one place, just drive it back to the water and cruise until you find a bustling attraction somewhere else.  Then drive there, steal all their alcohol and keep it for all your pirate friends.  Price starts at  $375,000. More pics at Iguana Site.