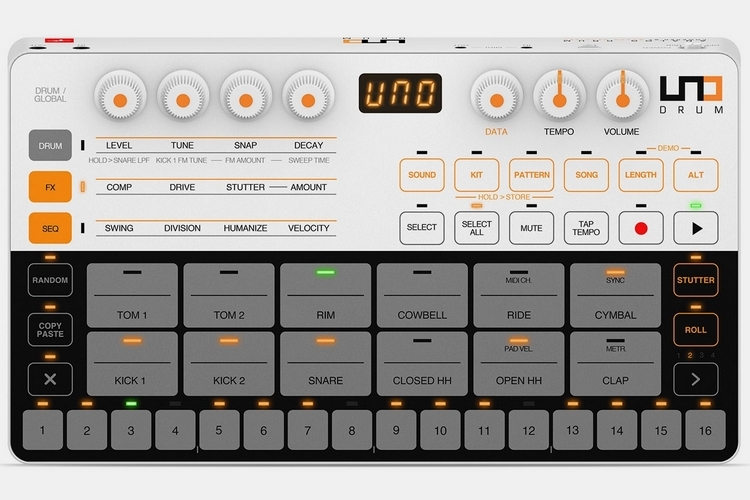 IK Multimedia built a name for itself making portable audio gear for both laptops and mobile devices. Last year, though, the outfit took things up a notch by releasing a full-fledged analog synthesizer in the same compact and portable build as their other products. This time around, the outfit is expanding the line with another full-featured instrument in the IK Multimedia Uno Drum.

Designed for on-the-go use, the battery-powered analog/PCM drum machine is compact enough to take with you anywhere, while being powerful enough to let you craft some rich, warm, and dynamic beats. It’s affordable, too, making it an excellent option for folks who want a portable and programmable dedicated drum machine without incurring a huge expense. 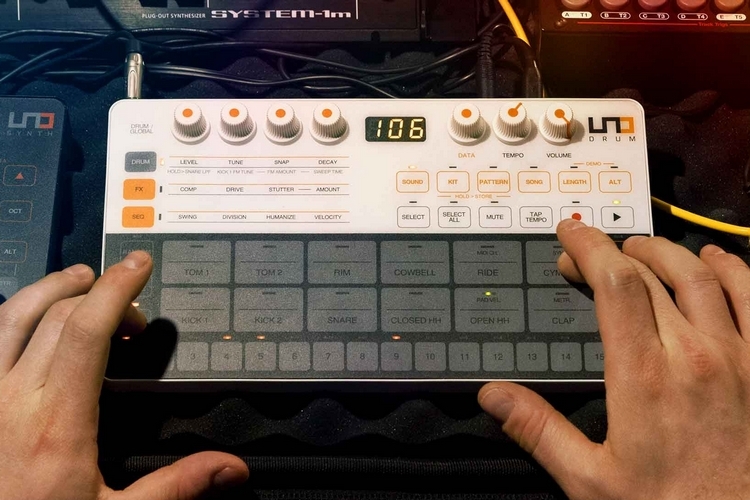 The IK Multimedia Uno Drum comes with six analog drum sounds, namely two separate kick drums, a snare, hi-hat (one set for open and one set for closed), and clap, along with 54 PCM samples, including toms, rims, cowbells, crash, and rides. With the ability to put together an 11-voice polyphony, there’s enough here to craft some flavorful drum tracks, whether you’re jamming with a group, producing in a studio, or performing at a show. There’s 100 drum kit presets, by the way, all of which you can pull up on the fly, with everything pre-programmed and fully-editable, so you can easily swap them out in favor of your own creations.

It has three master effects, namely analog drive, compressor, and stutter, allowing you to produce harder-hitting grooves, deeper kicks, and snappier snares, depending on what your track requires. All effects, by the way, can be applied before saving, so you can instantly recall tracks with all adjustments already in place. Suffice to say, there’s a rich selection of sounds to choose from, allowing you to fashion some complex beats. 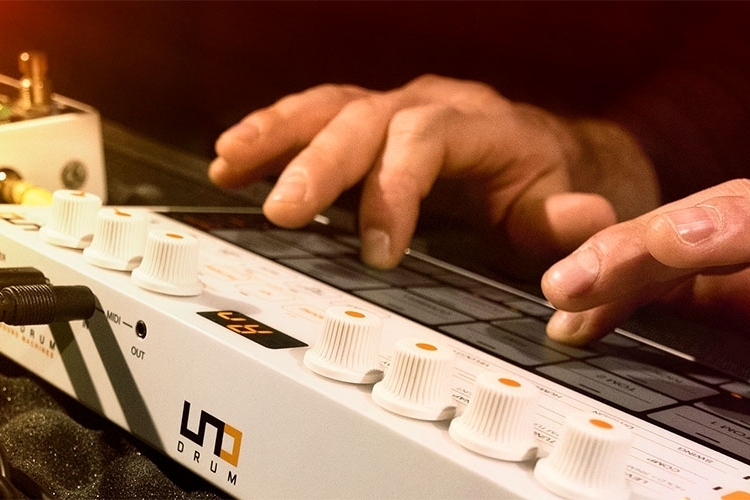 The IK Multimedia Uno Drum uses primarily capacitive switches for its controls, so you don’t get the same velocity-sensitive sensors as more expensive contemporary rigs. Instead, each of the 12 pads only have two velocity zones, so you can only get a pair of variations for each note you’re playing, although a “humanize” function lets you add slight variations to velocity and timing to keep your beat patterns from sounding too robotic. Each pad, by the way, can be used to play individuals beats in a live performance or to simply add flair on top of pre-programmed drum grooves. Under the pads sit a step sequencer that can hold up to four pages of 16 steps each, allowing you to chain up to 64 patterns together. Each step, by the way, can be its own pattern, so you can trigger any of the stored sequences live, allowing you to use it to play lengthy drum tracks for whatever purpose that might serve. 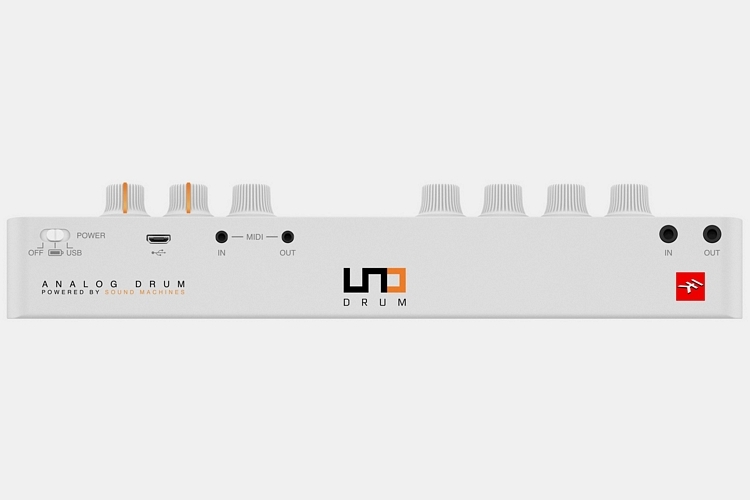 It runs on four AA batteries, so you can bring it out on the road without any hassles, although it can also be powered via a microUSB connector, in case you’d rather hook it up to a power bank or an available power outlet at home. And, yes, there’s both MIDI and USB slots, so you can hook it up to laptops, iOS devices, and outboard MIDI equipment.

The IK Multimedia Uno Drum is now on preorder, priced at $250.