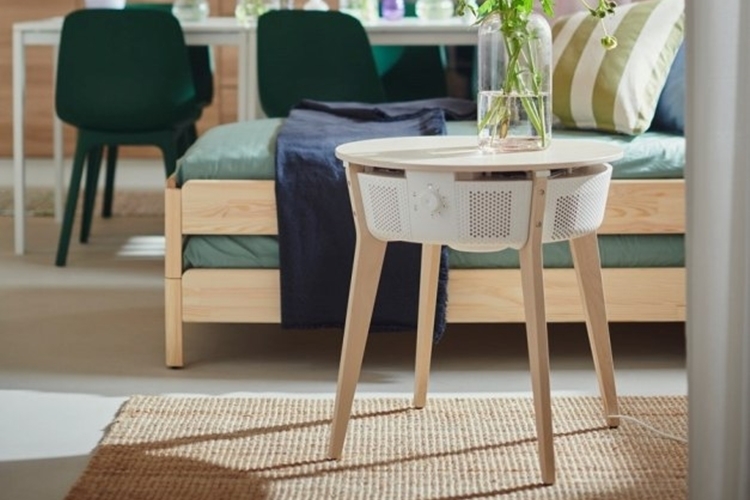 Air purifiers are great, as they continuously clean up the air in your room by eliminating toxins, allergens, and all sorts of pollutants. As useful as they are, you have to admit, that big humming appliance that cleans the air next to the coffee table is a heck of a tripping hazard. The IKEA Starkvind changes that by integrating the air purifier into a side table.

Instead of being a standalone box with a grille that allows air to pass in and out, the new air purifier is built into a functional side table that you can place next to a couch or a bed for keeping essentials within easy reach. No need for a separate appliance that will take up floor space and potentially create a tripping hazard – this thing lets you replace a standard side table with one that doubles as a smart air purifier. 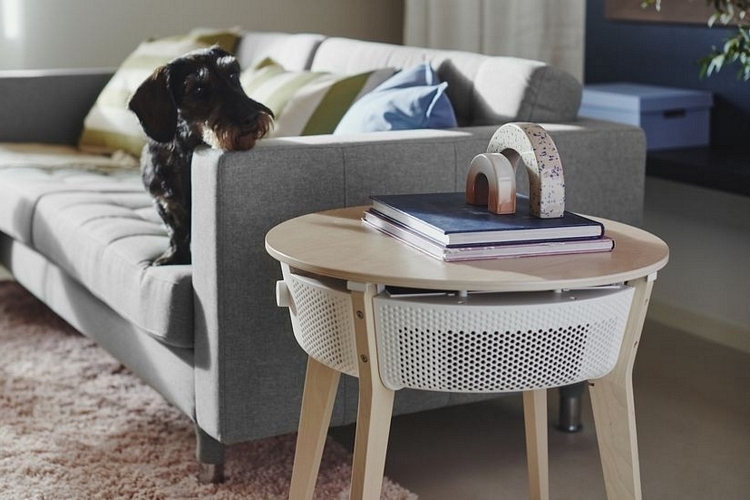 The IKEA Starkvind is a four-legged side table with a round tabletop that looks like any standard table you can place next to the bed or couch. Except, instead of having an apron under the tabletop to alleviate pressure on the structure’s joints, it comes with a fully-functional air purifier in its place, so that section is covered in a plastic housing with mesh grilles all around it.  You know… just like the enclosure of most air purifiers, albeit one that’s integrated right into the furniture. Cable management is integrated right in the legs, by the way, so you won’t have to deal with dangling cables, although you’ll still need to run a line from the desk to the nearest power outlet.

It can be used like any side table, where you can place a reading lamp, a flower vase, or whatever other essentials you want to keep within easy reach, with the generously-sized tabletop allowing it to accommodate a good load of stuff. That means, it can be used to hold snacks and drinks while you watch TV in the living room, as well as serve as a place to keep remotes, controllers, and all sorts of pocket dumps. 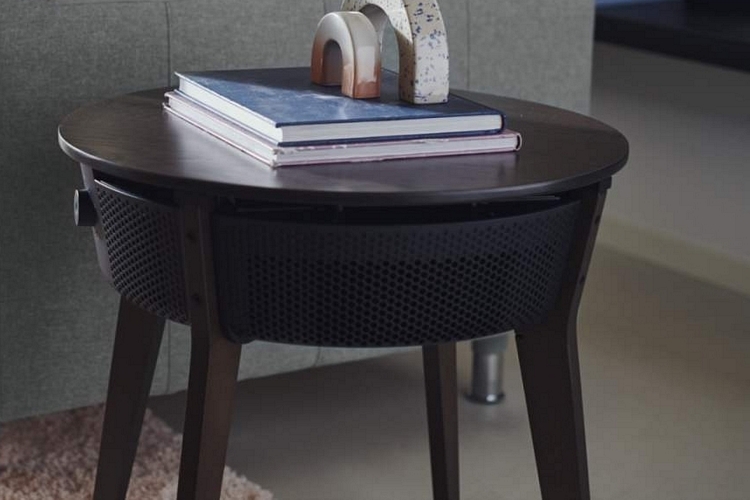 The IKEA Starkvind has a three-stage filtration system that, the outfit claims, will catch everything from pet hair and pollen to volatile organic compounds, such as paint thinner or nail polish remover. It has five speed settings for the built-in fan, with an auto mode that adjusts the fan settings automatically based on the level of impurities in the air. According to IKEA, it can purify the air in a room up to 215 square feet, which should make it viable for most small living rooms and bedrooms, but not for bigger spaces. However, the fact that it’s a side table means you can easily place two or more of these in a larger room without having them look out of place. 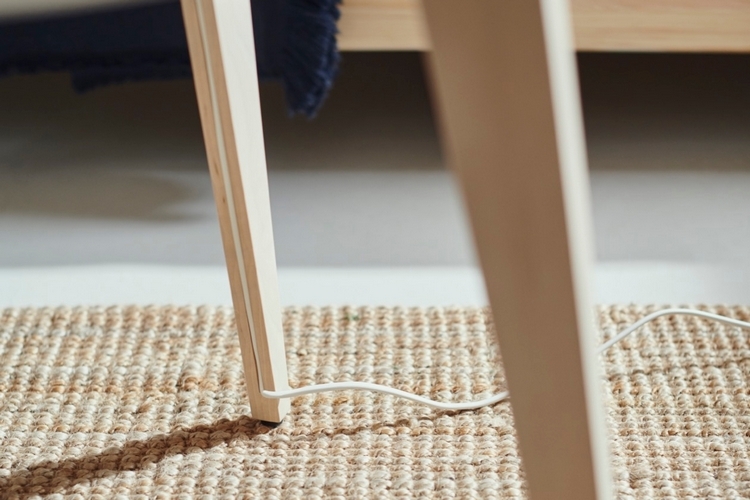 It’s designed to work with the IKEA Home smartphone app, which you can use to check indoor air quality at any time, as well as schedule the purifier’s operation. In case you prefer a more traditional air purifier, IKEA is also releasing a cheaper standalone version that comes in the shape of a desk fan (albeit with larger dimensions designed for placement of the floor).

The IKEA Starkvind comes out in October, priced at $189.