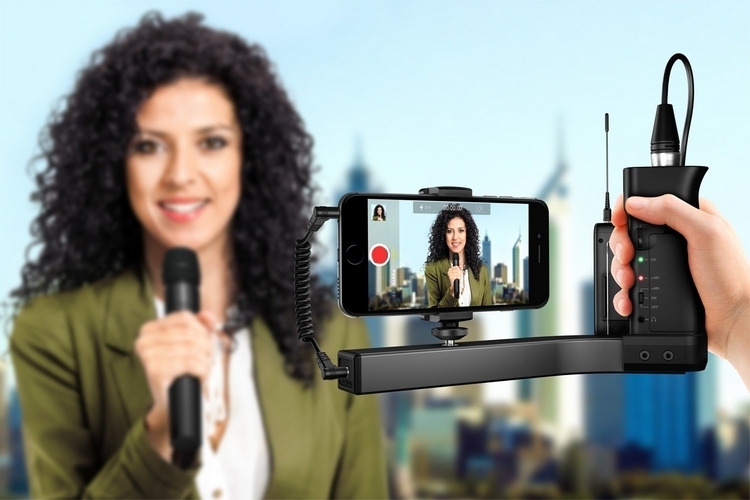 With mirrorless cameras and DSLRs getting more affordable than ever, using your smartphone for “professional-style” video recording tilts a little to the absurd side of the equation. Still, if you want to squeeze as much function out of that beloved smartphone, we’re not going to stop you from picking up the IKlip A/V.

Made by IK Multimedia, the accessory turns your erstwhile smartphone into a more intimidating video and audio broadcast recording system, so you can look professional while stalking D-list celebrities and interviewing random people for your YouTube channel. By professional, we mean, you’re not just taking videos to share with your Facebook friends (like those tourists waiting with you outside the restaurant… psssh), but with your YouTube audience. 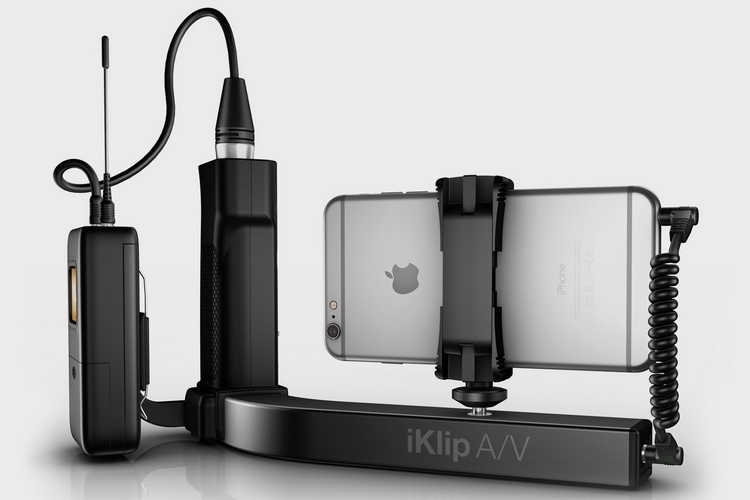 The iKlip A/V actually won’t make your videos look any better, since you’ll still be using the same smartphone camera (although it does provide a more stable grip, so maybe a little less shakes). What it will do, however, is reinforce the audio that accompanies those videos, since it allows you to plug in an XLR mic pre-amp, complete with a wireless receiver bracket, phantom power for large microphones (via two AA batteries), gain control, and real-time headphone monitoring. 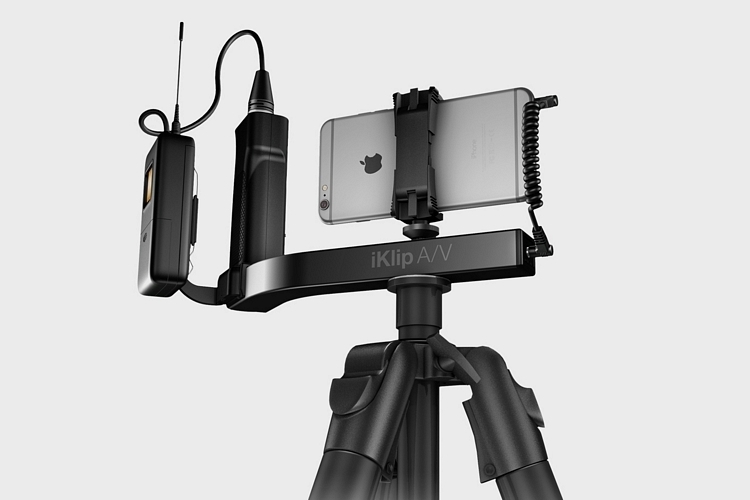 The smartphone clip, by the way, can mount any phone between 3.5 to 6 inches, as well as be removed for use with mounts for other cameras (like GoPros). Features include a large ergonomic handle, standard threads on the underside for mounting on tripods, and compatibility with any video recording app.