IMAX Private Theatre: You Can Now Have A Real IMAX Setup At Home 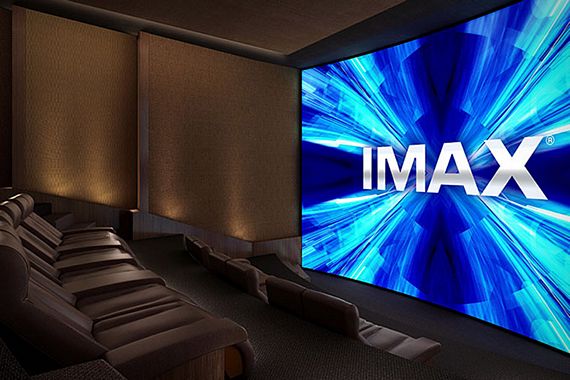 That Prima Cinema you got a few months ago is plenty awesome.  When you’re rich, though, there’s no point in settling for just an awesome home cinema setup.  Make it super awesome with the IMAX Private Theater.

Yep, an IMAX setup in your home, one they bill as “the world’s most immersive and luxurious entertainment experience.”  This isn’t some downgraded IMAX experience either — it’s as equipped as the private IMAX screening rooms (modeled, specifically, after the one in Santa Monica) where filmmakers come to see their own films for the first time.

Each IMAX Private Theatre will be designed exclusively by the IMAX team, from the projection systems to the audio setup to the room acoustics to the theater geometry.  You’ll get all the custom IMAX hardware, including their dual 4K projectors and patented 7.1 surround-sound system (with the self-calibrating capabilities), along with everything else that you’ll find in real IMAX setups.  The entire thing will be optimized specifically for your home, too, so you can expect the best upscale home theater money can buy.

Is it a bit too much?  Of course, it is.  Then again, a lot of folks would say paying half a million for that Lambo Aventador sitting in your garage is too much.  No word on pricing for the IMAX Private Theater, but we have a feeling this is aimed at those who don’t need to bother asking.