Imbue Is A Versatile Drafting Ruler For On-The-Go Creatives 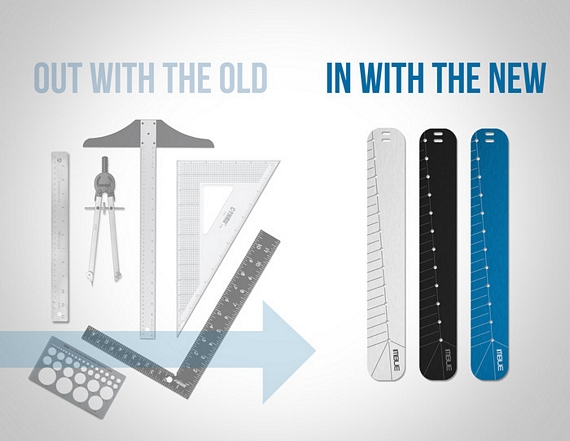 If Imbue came out in the 80s, it would have been celebrated for being impeccably hip (unless it got buried in obscurity or something, but I digress). It’s a versatile little thing. A simple file-like tool, it can function as a ruler, a triangle, a compass, and a T-bar, sparing plenty of people from carrying a whole load of drafting supplies using just a single contraption.

Granted, there is still a healthy market for these things, although probably not as huge as it would have been 30+ years back. Not just students, too, but people who actually walk around with a sketchbook in tow. That latter category, by the way, is exactly the demographic Imbue is hoping will rally behind it. 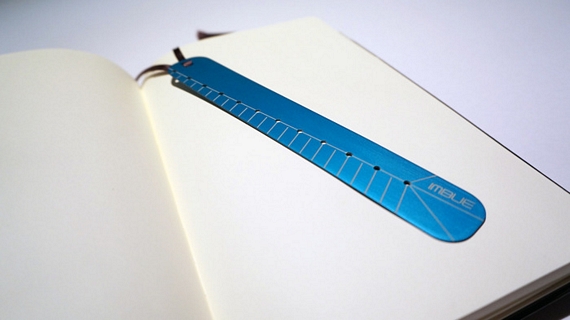 Imbue is described as “a small creative tool” that’s meant to function as a compact and highly-portable drafting ruler. Not only can it be used to draw straight lines and do measurements, it can also draw precise triangles (30, 45, 60, and 90 degrees), concentric circles (like a compass), 3/8-inch corners, and perpendicular lines (like a T-bar). Seriously, if they only managed to integrate a protractor in there, it will be complete. It’s not that difficult to use, either — a couple of tries and you’ll probably get the hang of how each feature works (they have demo videos showing each one). 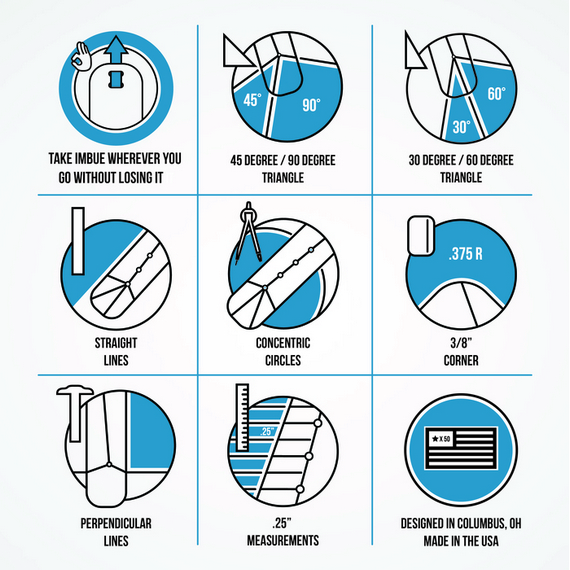 Construction is airspace-grade aluminum in either black, clear, or teal finish. Each one has a hole on top for tying onto your notebook’s bookmark string (if it has one anyway). We’re not sure if you can use it to shoot rubber bands, but we’ll keep our fingers crossed.

A Kickstarter campaign is currently running for Imbue. Available pledges to reserve one starts at $25.