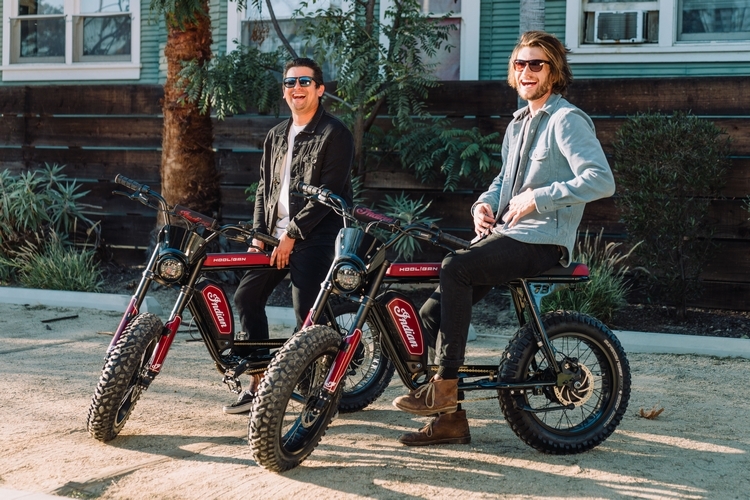 We’re big fans of Super73 and their scrambler-style ebikes, which bring a motorcycle aesthetic to the partially pedal-powered vehicle. It’s an attractive design choice that truly makes the bike stand out compared to the standard bicycle look of most electrics in the category. We’re guessing that’s a big part of Indian Motorcycle’s decision to partner with the outfit for their first electric bicycle, which comes in the form of the Indian x Super73 eFTR Hooligan 1.2.

No, this isn’t Indian reimagining their FTR motorcycle as a motorized pedal pusher. Heck, this isn’t even an entirely new bike the partnership put together from the ground up. Instead, it builds off on one of Super73’s existing scrambler-style models, which gets decked in various details that recall to mind various elements found in Indian’s motorcycle designs. 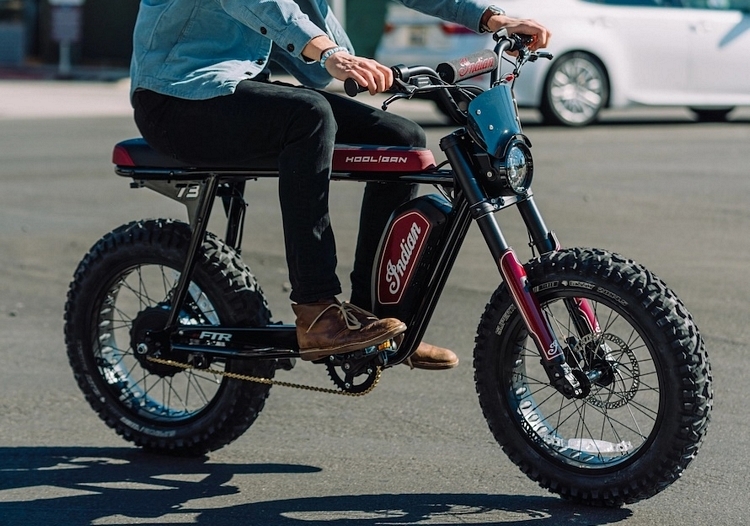 The Indian x Super73 eFTR Hooligan 1.2 is built off Super73’s S2 platform, a high-performance Class 3 ebike that’s become quite popular among electric bike riders. Of course, they made some changes to set it apart, chief among them the battery placement. While the standard S2 kept it in the top tube on a fuel tank-like housing, that housing now looks like FTR gas tank that’s mounted on the down tube for a lower center of gravity. In its place is a long saddle designed to accommodate two people, so you can comfortably ferry a passenger in the back, much like you could in a regular motorcycle, or even out front.

It’s got moto-style handlebars, an LED headlight with a wind deflector inspired by the FTR 1200 Rally, and all-terrain Super73 GRZLY 20-inch tires. Those fenders in the front and rear of the original S2? They stripped that here completely, while adding a gold chain to round out the Indian Motorcycle design aesthetic. Other elements include an aluminum frame, 20-inch wheels, all disc brakes, and an inverted front fork. 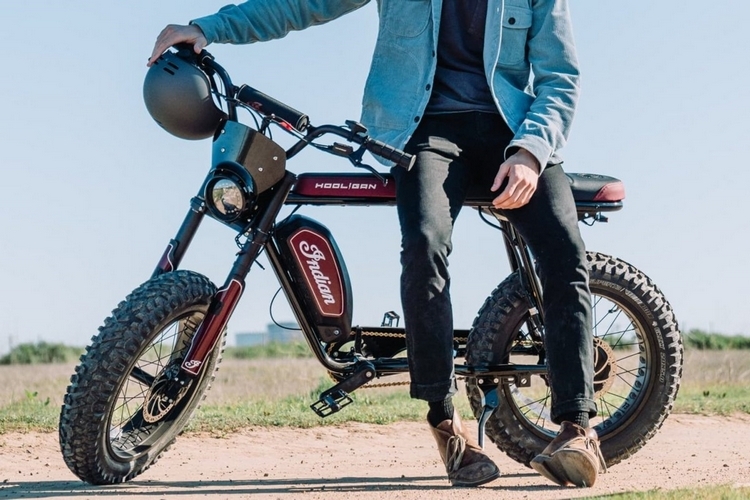 The Indian x Super73 eFTR Hooligan 1.2 is equipped with a rear hub motor that runs at 750 watts continuous power and 1200 watts at peak, which is plenty of power for an erstwhile bicycle, while a 960Wh removable battery feeds it juice. According to the outfit, the battery is rated at 40 miles of range when riding at 20mph with no pedal-assist, so you should get a lot more mileage if you prefer using your legs during your rides. 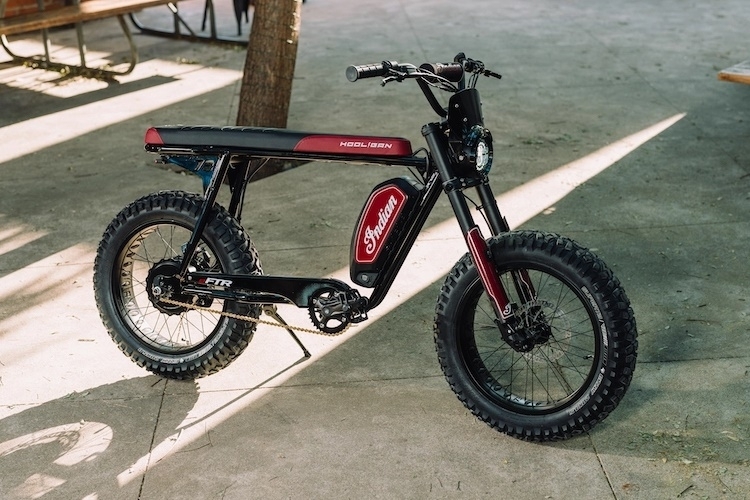 It comes with four riding modes. There’s Class 1, a pedal assist mode that caps off top speed at 20 mph; Class 2, which doesn’t require pedaling (throttle only), but caps off at the same 20 mph; Class 3, which engages pedal assist at 28 mph top speeds; and Off-Road, which unleashes the full power of the motor, allowing it to put out 1200 watts continuous and 2000 watts at its peak. According to the outfit, it can run well above 28 mph in that setting, while those aggressive semi-knob tires should help smooth out your experience during actual off-road riding.