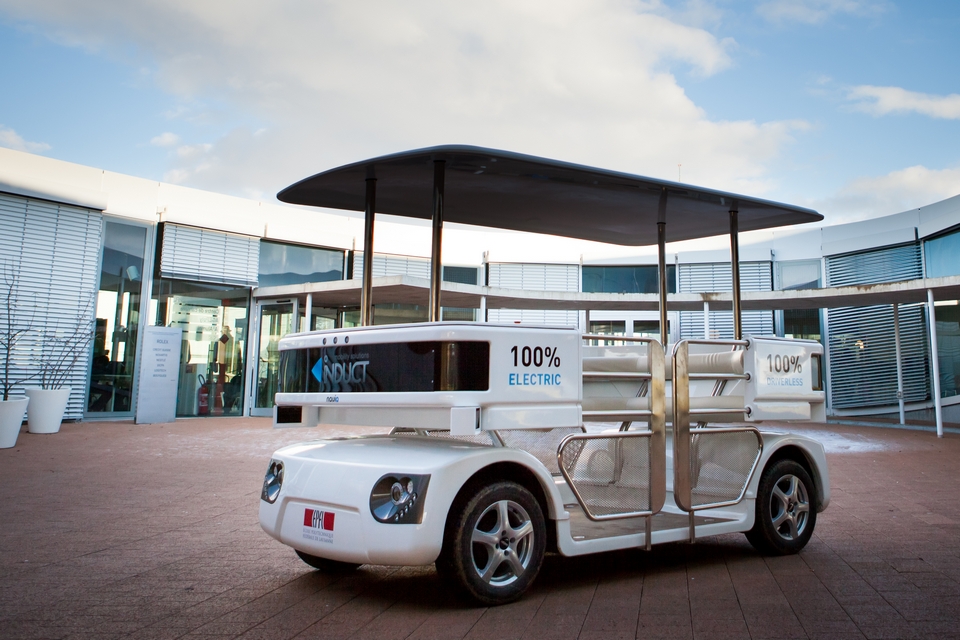 Self-driving cars for all — we all knew it was coming. And it looks like we’ll finally see some headway soon. While you still can’t get a new driverless Rolls Royce any time in the near future, the Induct Navia should help usher in the era of self-driving automobiles.

Instead of a car aimed at consumers, creator Induct Technology opted to outfit an 8-person shuttle with their autonomous driving tech. That’s right, they’re keeping the whole self-driving thing away from highways and main roads for now, marketing the vehicle as a potential passenger ferry for amusement parks, airports, college campuse, and similarly controlled environments. 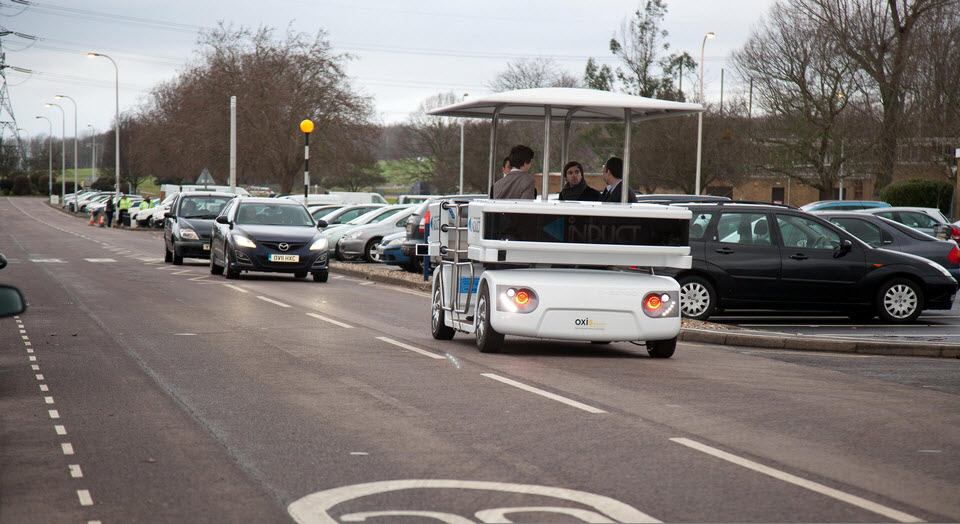 The Induct Navia is an electric vehicle that can run at boring speeds of 12.5 mph, which we guess makes it relatively safe for a self-driving robot car. It uses a gaggle of onboard lasers (with 200-yard range), cameras, and sensors to identify obstacles in its path, whether it’s another car or a pedestrian crossing to the other side, as well as an onboard GPS that helps it identify its current location. When you get on board, you’re presented with a touchscreen that lists the different predetermined stops the shuttle can bring you to. Just make your pick, take a seat, and wait till you get to the destination. 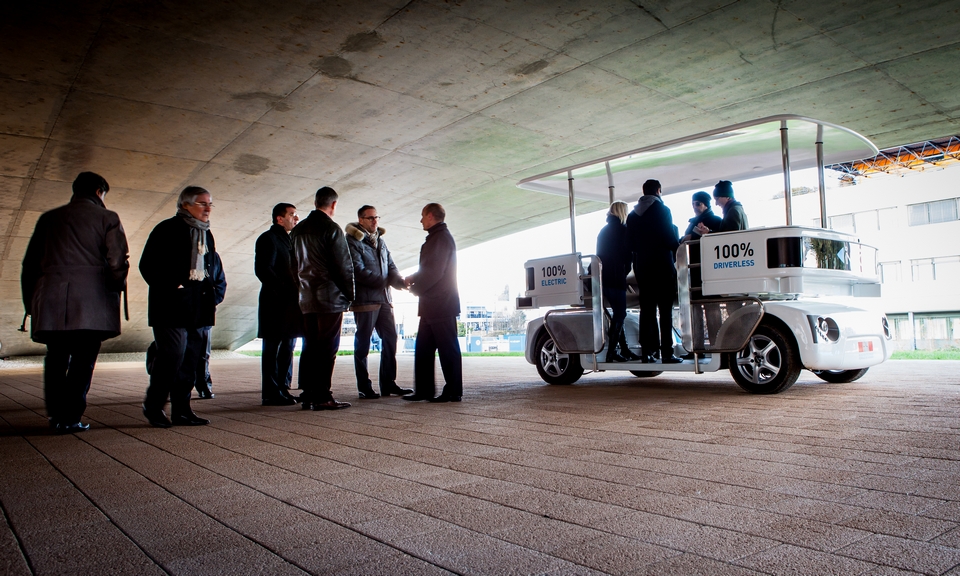 According to its creators, the vehicle can be tailored to the layout of any site, automatically mapping its own route to whichever destination the passenger chooses. Just let it take one drive so it can construct its own map, which it will then use to figure out the paths to subsequent trips.

You’ll have to contact them for pricing, but the Induct Navia is available now.