Infinity Gauntlet Meat Tenderizer: Soften Up the Toughest Cuts of Meat Like a Nihilistic Alien Supervillain 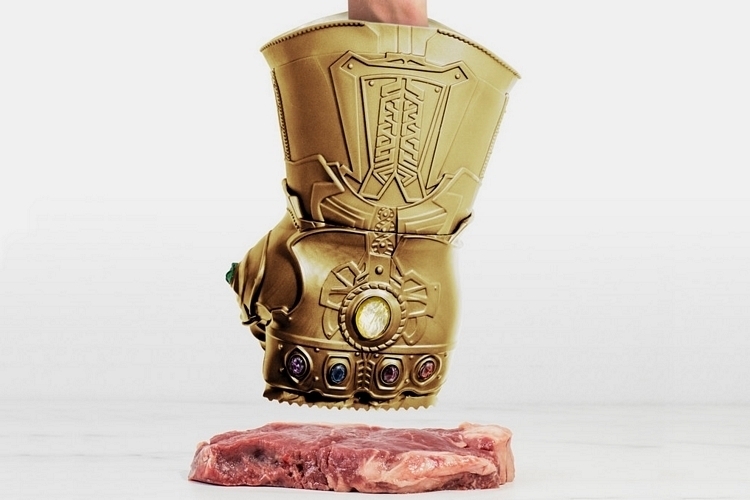 We’ve seen Thor’s hammer transformed into a meat tenderizer, allowing you to soften up the toughest pieces of steak with the raging wrath of Asgard. And while that’s fun, swinging a hammer can get old after a bit. When you find yourself needing a change of pace, how about wrecking those meat fibers with this Infinity Gauntlet Meat Tenderizer instead.

That’s right, you can now tenderize your meat with Thanos’ gauntlet, giving you the ability to soften up an erstwhile unchewable slice of chuck with the seething anger of an extraterrestrial nihilist. Or something like that. And yes, the gauntlet comes complete with all the infinity stones, so you can absolutely use it to banish half the people in your classroom. At least, we hope so. 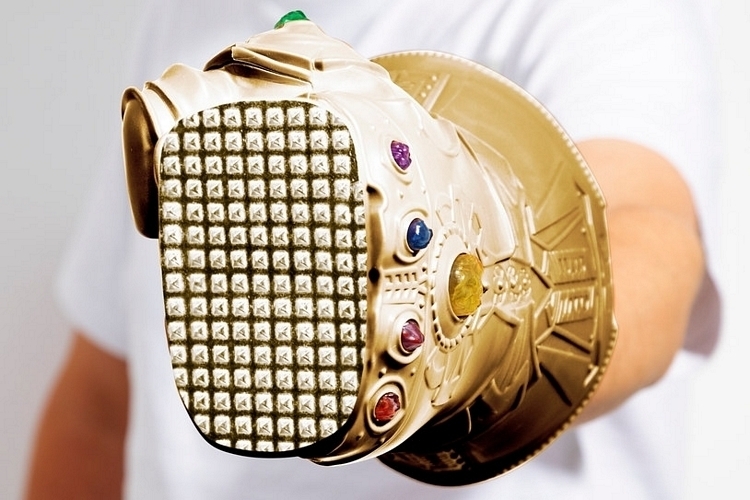 The Infinity Gauntlet Meat Tenderizer is a wearable replica of Thanos’ memorable left gauntlet, done up as a meat mallet, so it can finally fulfill a large fist’s true purpose in life, which is to smash things by punching them over and over. Yes, you’ll actually have to punch down towards the meat on your chopping board to use this thing, instead of simply snapping your fingers the way Thanos does in the Avengers movie. Is it better than a regular meat mallet? We don’t know, but if you prefer punching down like the Hulk instead of swinging a hammer like Thor, we guess it’s a more favorable option.

Because they wanted to stay true to the gauntlet from the movie, this one is left handed, making it look very odd if you put it in your right hand instead. While it makes sense to wear it on the left hand when tenderizing meat, the oversized dimensions probably mean it will be usable on both left and right hands, so you don’t have to be a lefty in order to roleplay Thanos while preparing dinner. 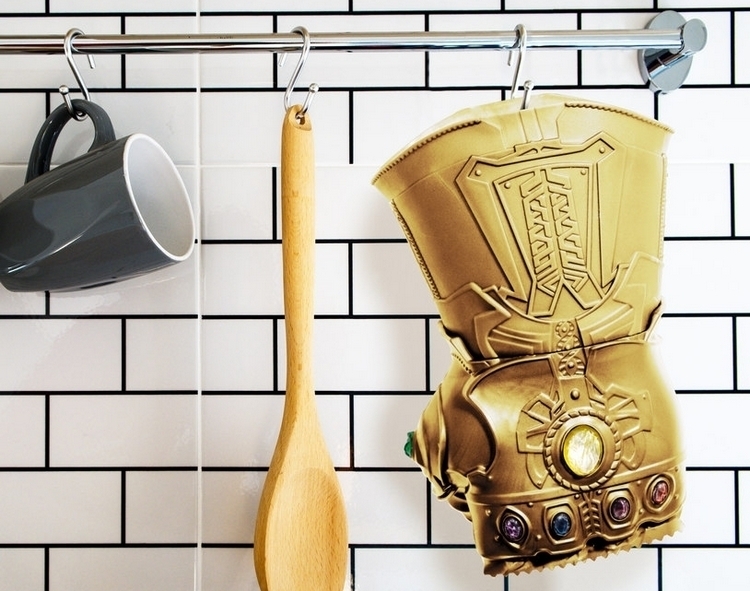 The Infinity Gauntlet Meat Tenderizer replaces the surface of Thanos’ fist with the familiar face of a meat mallet, which is filled with a grid of pyramid-shaped spikes for pounding scruffy meat into a more consumable form. Inside the gauntlet is a non-silicone grip, so you can wrap your fingers around something to keep this thing from falling off, since the darn thing is designed to be larger than most puny human hands.  The gauntlet’s is made from heavy-duty stainless steel, so it should retain its shape through countless bouts of smashing meats, allowing you to have an awesome-looking Marvel-themed tool in the kitchen for the foreseeable future. Do note, we’re not sure if the same will hold true for the gold tint finish, but having that fade slowly will probably just make it look like the gauntlet has been through some battles, which is even more awesome.

It comes with a hanging hook, which you can insert at the opening of the armored glove, to give you an easy option for storage, since this is likely too big to fit inside a drawer where you’d normally put the meat mallet. It also comes with a recipe book, just in case you’re the kind of guy who spends more time reading comics and watching movies than whipping up kitchen masterpieces.

The Infinity Gauntlet Meat Tenderizer is available now, priced at £19.99.