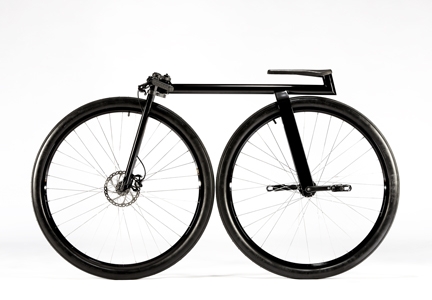 These Inner City Bikes could end up being the bikes of the future.  Minimalist in design?  Check.  Definite looker?  Absolutely.  Practical?  Uhm, we’ll probably have to wait and see.

Made by J. Ruiter Studio, the bicycles feature a stripped down frame that eliminates down tubes, seat tubes and chainstays.   Everything connects to a single top tube that’s even shorter in length compared to any pedal pusher I’ve seen.  According to the website, the frame embraces an “essentials-only geometry” that makes for the striking design.  We’re not sure how stable it can be for the long term, though, since all the pressure are laid on the top tube’s joints. 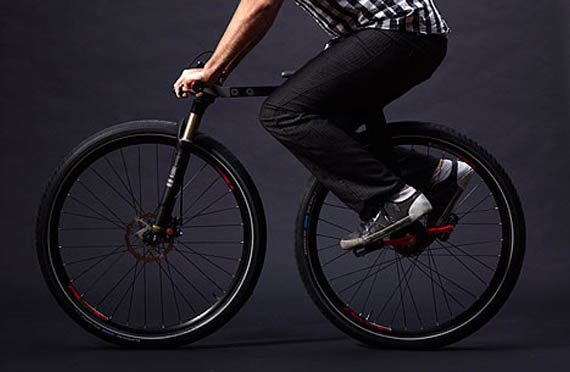 Two prototypes of the Inner City Bikes are currently built — the ICB 36 and the ICB 29.  The first one stretches to 73 inches long, with tires that measure 36 x 2.375 inches; the latter is 63 inches in length, with tires measuring 29 x 2.375 inches.  Both have the same general compact and minimalist styling that combines elements from both “hobby horses” (no, really) and café racers. 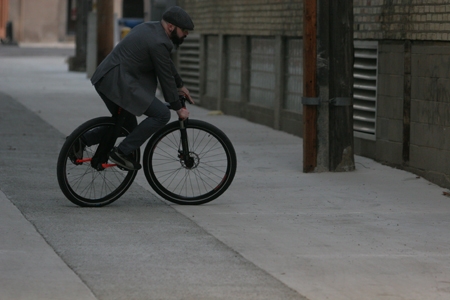 One of the most notable design elements here is the lack of a chain, much less a gearing system.  Instead, the crank and pedals are connected directly to the rear wheel.  That means the rider will need to always lean forward to get the proper angle — which shouldn’t be an issue, considering the café racer handlebars are positioned way low to force that posture anyway.

The Inner City Bikes website already has plenty of photos of real prototypes in action, so we guess they’re closing in on finalizing the design.  Still no exact word on when it will be available, but I’ll probably want to get one if it does go into production just for the heck of having a crazy-looking (albeit, likely impractical) bike like this.