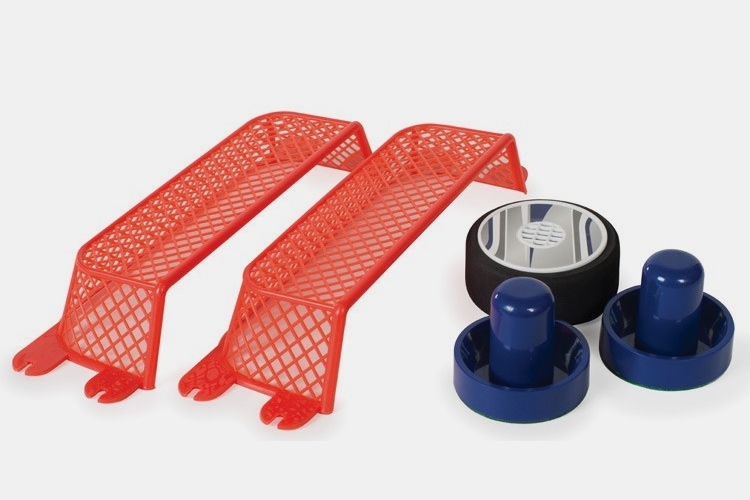 We’ve seen plenty of instant table tennis setups that let you turn any table into a ping pong playing surface. Air hockey, though, is another matter entirely, since it’s not that easy to make a puck that can slide on surfaces without a pocket of air around it. That’s why we got excited seeing this Instant Air Hockey Set, which lets you set up an air hockey game on any surface that you please.

The dining table? You can now turn it into an air hockey table. The kitchen island counter? Same. If those two aren’t options, you might even get away with setting this up on the floor (unless you have carpeted floors, of course), although you’d probably have to play on your knees with your body bent down. Yeah, I’ll live with it. 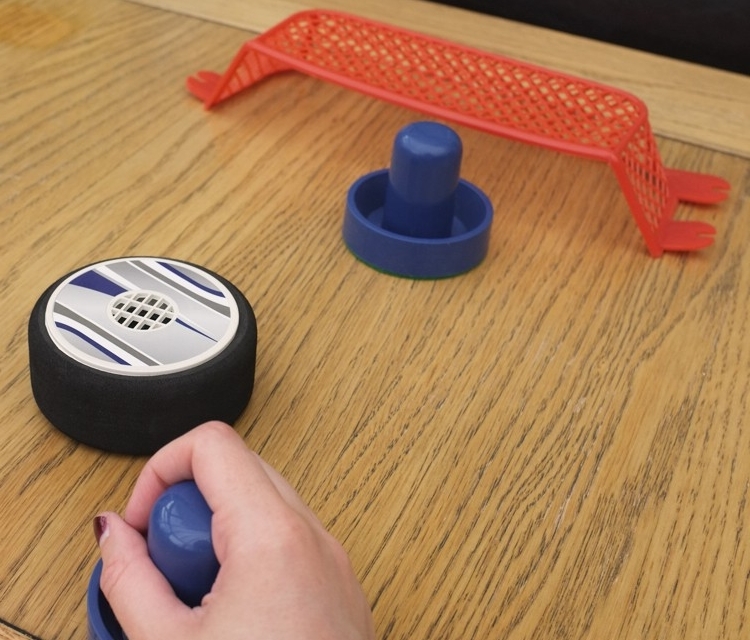 The Instant Air Hockey Set consists of two goal posts, two paddles, and one puck, which you use much like any regular air hockey game. To allow the puck to glide across non-slippery surfaces, it comes with a battery-powered hardware that pushes out a cushion of air, allowing it to hover at a minuscule height above the to ensure it can move at high speeds as soon as someone knocks it with a paddle. Do note, the goal posts are designed to affix to the surface using simple suction cups, so we’re not sure how strong of a hold it has. In case it gives out any time someone throws a strong hit, though, we guess you can tape it down for an even tighter hold.

Available now, the Instant Air Hockey Set is priced at $14.99.